Dutch game studio KeokeN Interactive and Wired Productions have joined forces to bring the full release of the narrative driven adventure, Deliver Us The Moon, to consoles later this year.  This award winning sci-fi tale will take players on a journey to the Moon to save our dying Earth.  Watch the new trailer below….. 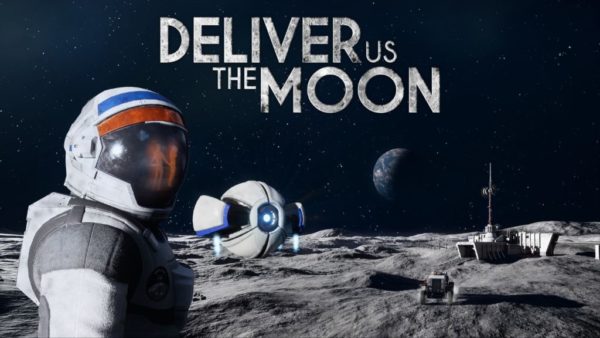 In this stellar adventure humanity has depleted all Earth’s precious resources and is looking to the Moon for help.  In a last ditch effort to save civilisation, nations band together to create the World Space Agency, an organisation tasked with solving the extreme energy crisis.  When the lunar colony suddenly goes dark it’s up to the Agency to make preparations to get back to the Moon.

As Earth’s last astronaut, players will travel into the vaccuum of space and set out to discover what befell the lunar colony.  Accompanied by a small robot named ASE, players will journey across the moon, explore abandoned facilities and uncover the secrets and hidden agendas that are involved.

“With just 12 years to save the planet from irreversible climate change KeokeN’s brilliant narrative cuts close to the bone.” Said Leo Zullo, Managing Director, Wired Productions, “2019 marks half a century since the first moon landings, a great celebration of exploration alongside a backdrop of private enterprise embarking on a new space race – with exploitation at the forefront.”

“Reaching your game’s full potential and getting it out there on the market is tough. The games industry is a wasteland filled with cowboys, and in this landscape it’s hard to find honest, passionate, real and hardworking people that are able to make the difference for your product. That is exactly why we found home in the UK with the great folks at Wired Productions,” said Koen Deetman, Game Director at KeokeN Interactive.

Deliver Us The Moon will release on Xbox One and Playstation 4 later this year and will include the Fortuna story expansion and the Tombaugh story expansion via a free update.