Hot Toys has unveiled a new selection of Marvel Cosbaby Bobble-Head figures for Spider-Man and Venom, which includes Spidey in his Scarlet Spider, Fear Itself, Iron Spider Armor, Negative, Spirit Spider, Spider-Man 2099 Black, Anti-Ock and Velocity suits, along with Venom, Venom/Eddie Brock, and a multicoloured version of Venom; take a look here… 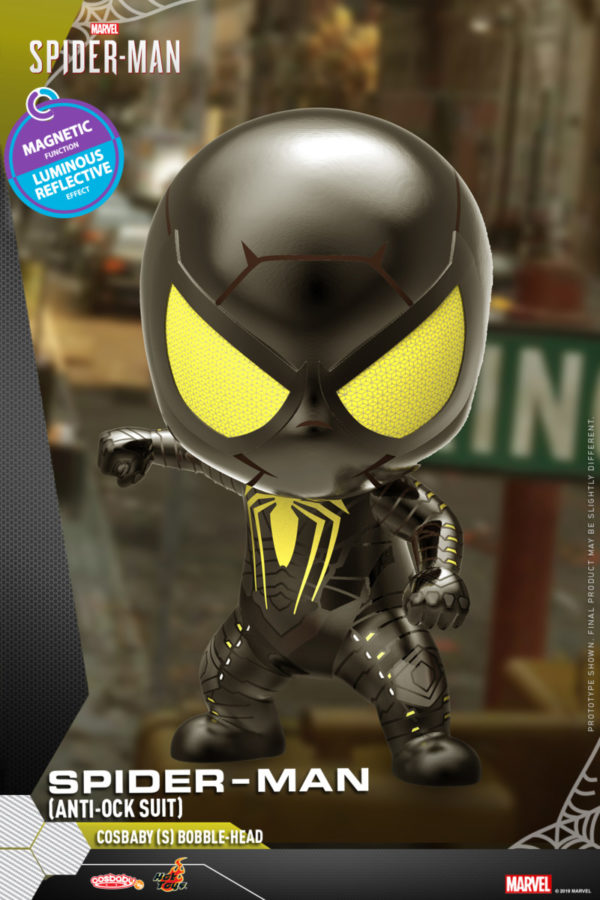 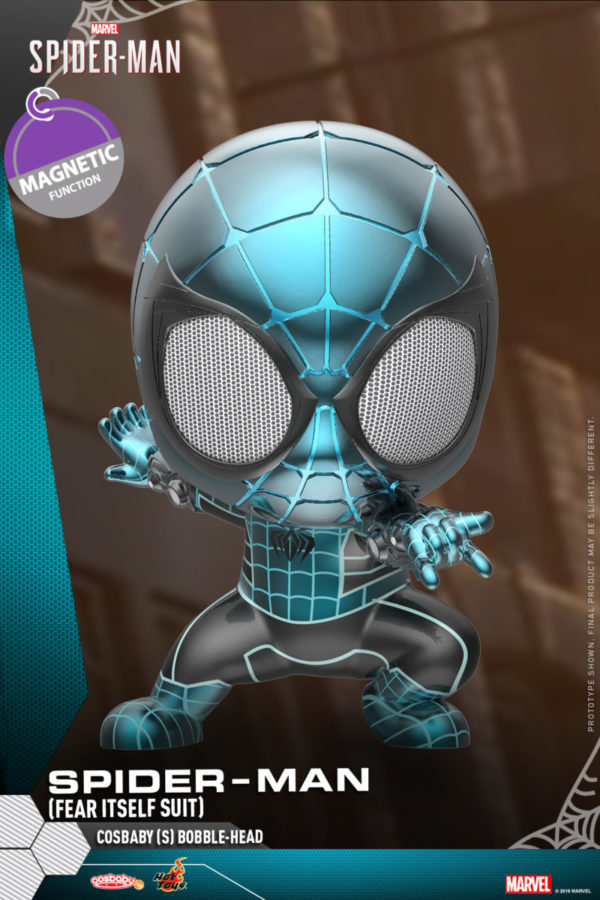 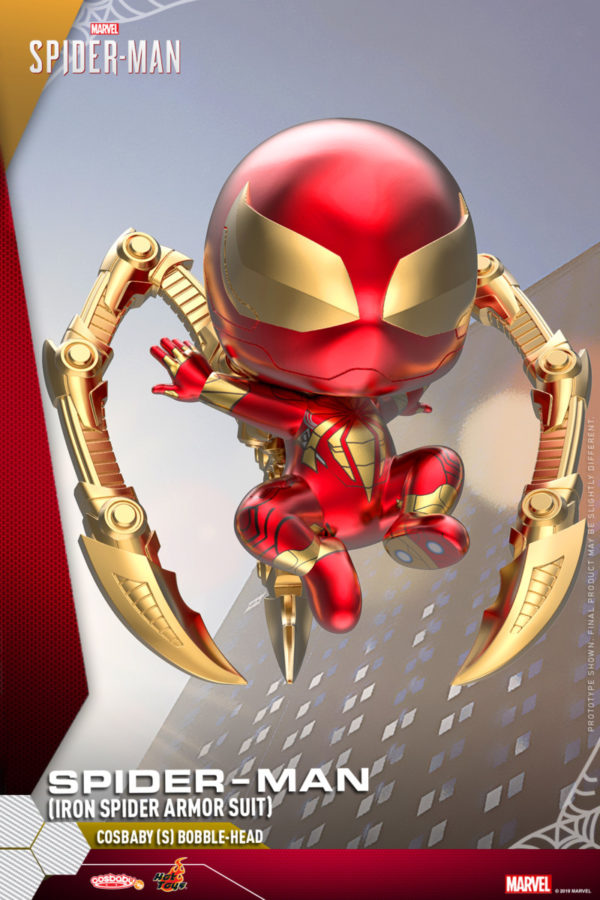 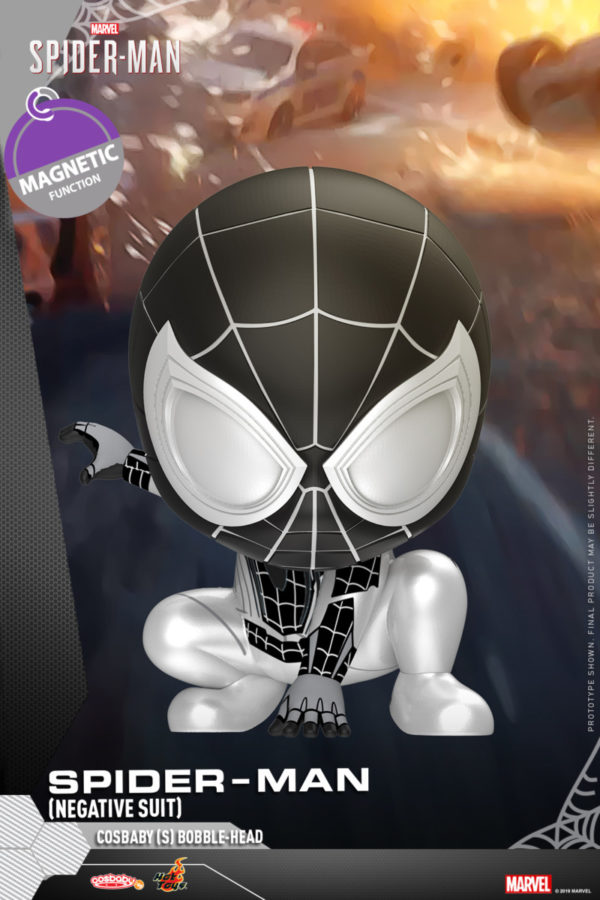 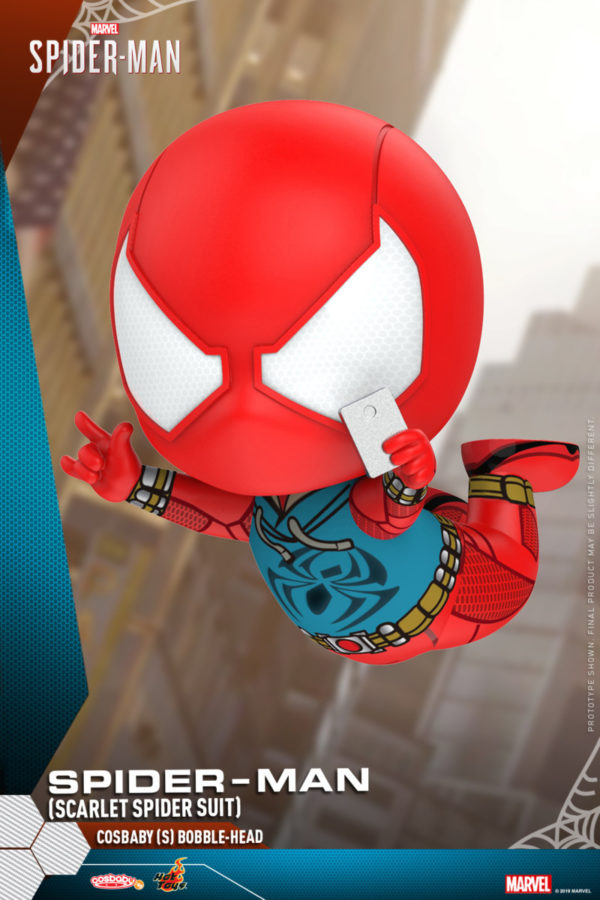 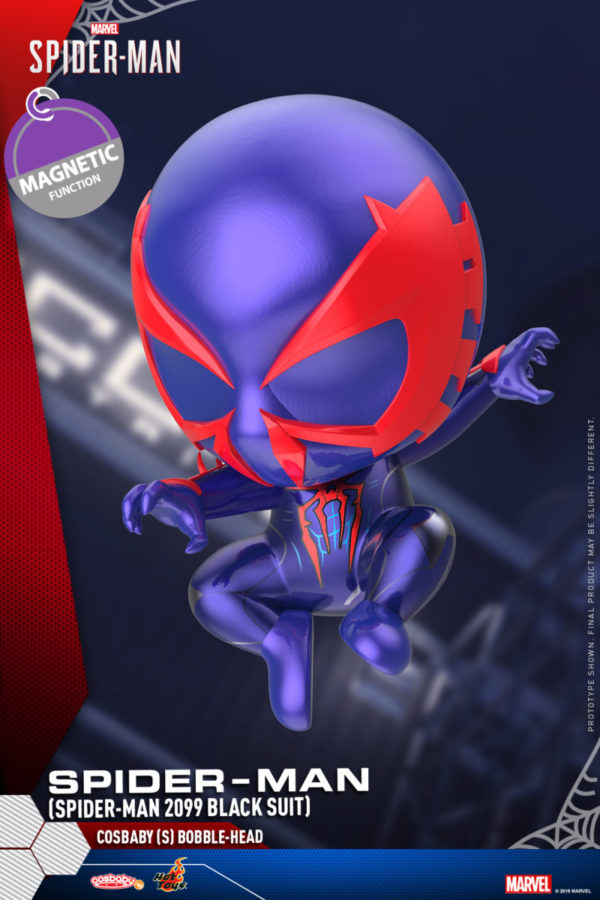 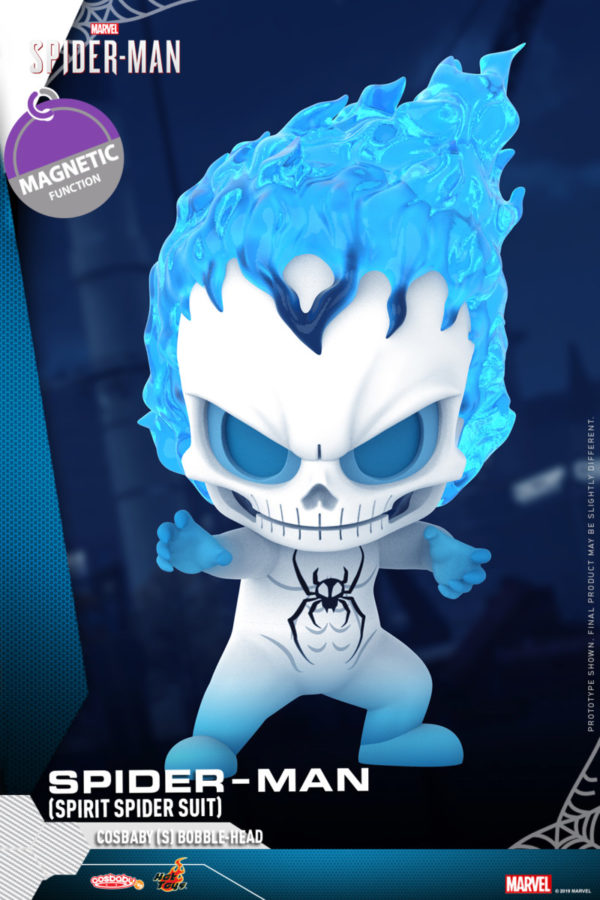 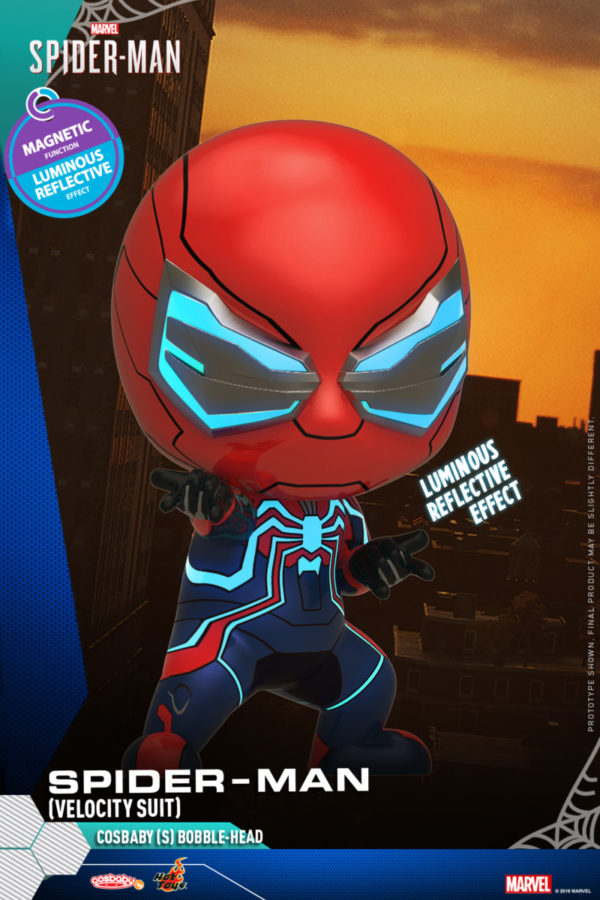 Marvel’s Spider-Man is one of the hottest, charming and energetic, action-packed video game to date. Fans get to experience new adventures with Spider-Man, and collect different suits in addition to his classic red and blue suit, to unleash several combat abilities. Some of the coolest suits are specially designed for the game, yet many of these Spider-Man’s attires are inspired by the outfits he’s worn throughout comic book history. Today Hot Toys is proud to present a new wave of stylish Spider-Man Cosbaby based on these unique outfits from Marvel’s Spider-Man.

The brand new Spider-Man Cosbaby comes with unique bobble-head function measures about 8 – 11.5cm tall each. Featuring the beloved wall-crawler in his signature poses wearing the suits including Scarlet Spider Suit, Fear Itself Suit, and Iron Spider Armor Suit; whereas the Negative Suit, Spirit Spider Suit, and Spider-Man 2099 Black Suit are equipped with magnetic function; while the Anti-Ock Suit and Velocity Suit are designed with both luminous reflective effect and magnetic function! 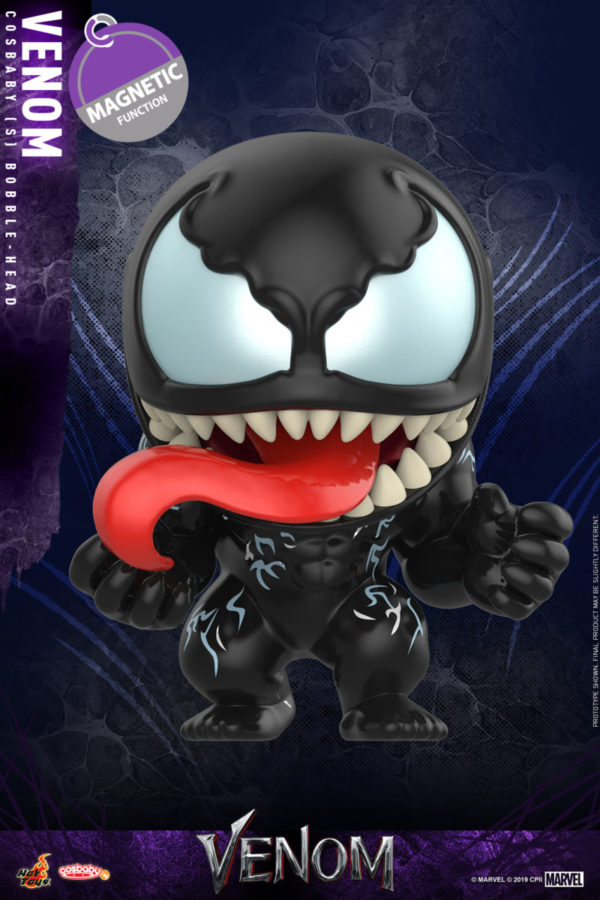 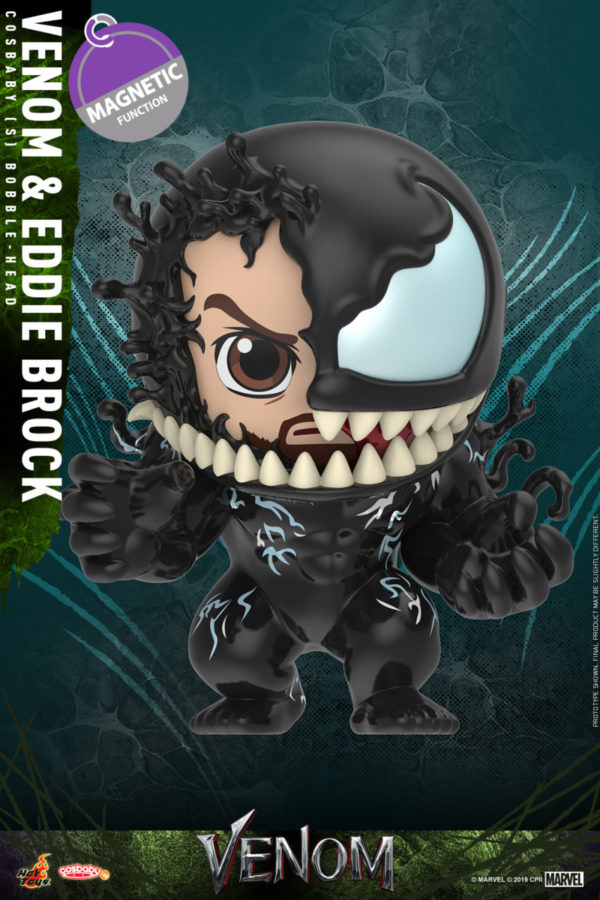 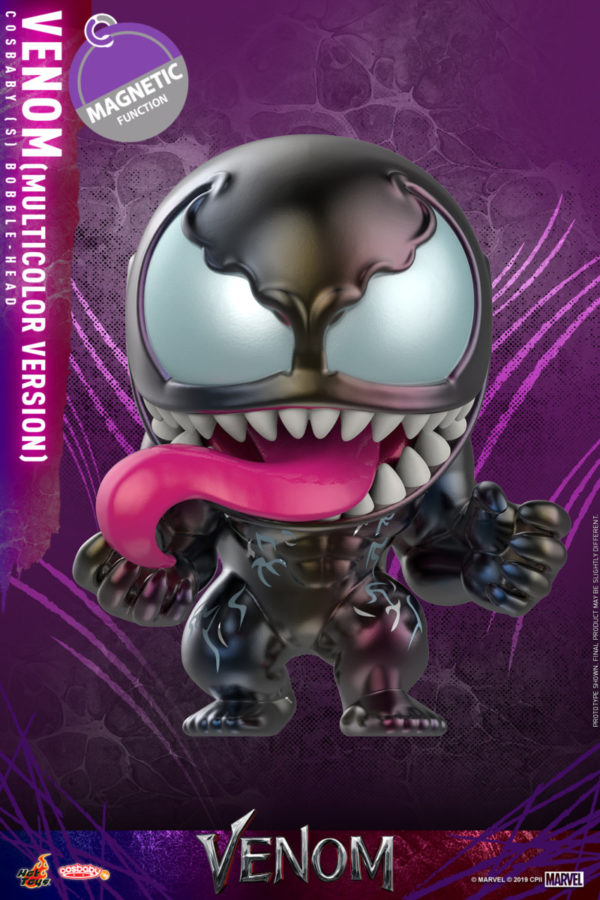 A failed reporter, Eddie Brock, is bonded to an alien entity, one of many symbiotes who have invaded Earth. The being takes a liking to Earth and decides to protect it, which also leaves Eddie with superhuman strength and power. Today, Hot Toys is thrilled to introduce the brand new Cosbaby series based on the film Venom. Each Cosbaby Bobble-Head is approximately 9.5 – 10cm in height with Bobble-Head and magnetic function.

Capturing the character’s spirit and essence from its features, the Venom Cosbaby (S) Bobble-Head comes with a molded mask that’s shaped in the form of the Marvel villain’s face, and fine details like his big nasty fangs as well as that long protruding tongue. A different version presents Venom in multicolor as a rare find will be available in this series.

What’s more, a specially designed Venom & Eddie Brock Cosbaby transforming the iconic scene with head of Eddie being overwhelmed by the Venom will certainly become a hot item for sophisticated collectors!