A new add-on for Carbon Studio’s The Wizards is heading to VR next year as the developers reveal their latest project, Dark Times.  This all new add-on will be sold as a standalone expansion and see players travel in time through the perilous history of Meliora to a completely new era where they’ll face deadly new enemies.  See more in the new trailer recently revealed at E3. 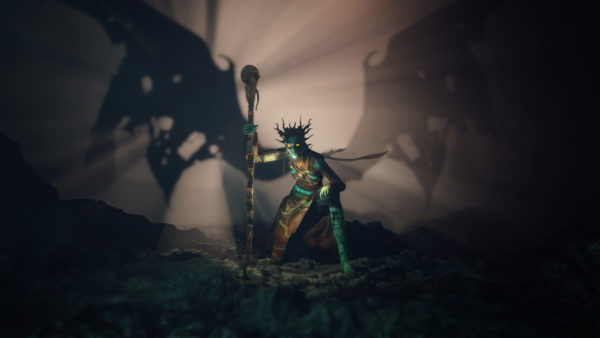 Dark Times takes players hurtling through time to a brand new era where they will face new enemies, find new allies supporting their cause and use spells in fresh challenges.

Players will be able to use reworked and improved spellcasting mechanics so that they can weave magic with nothing more than hand gestures, it will provide a more dynamic and varied gameplay with an intuitive learning curve.

This standalone title will feature:

Darkness gathers over the Realm of Meliora…
As a new threat disrupts the flow of time, it falls to you to once again take magic into your hands and push back against the encroaching evil.

Dark Times will be available on Steam in 2020.  Visit Steam here and add the expansion to your wishlist.