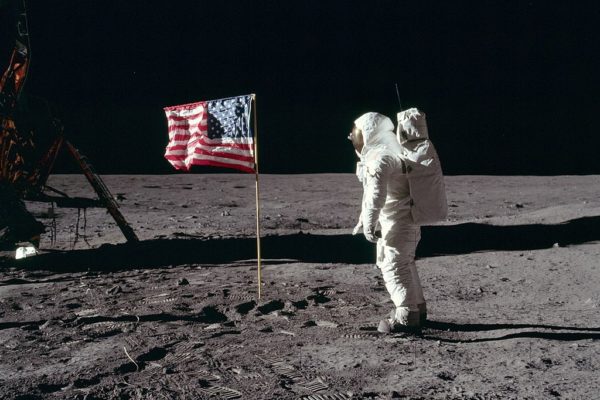 So, with this being 50 years since Armstrong and his crews’ fateful mission to the lunar surface, I thought now would be a good time to, in my own way, honour the legacy of these men and their mission by taking a look at the wonders of space exploration via the big screen.

So do join us as we take a look at 4 Great Films About Space Exploration To Mark 50 Years Since the Moon Landing. 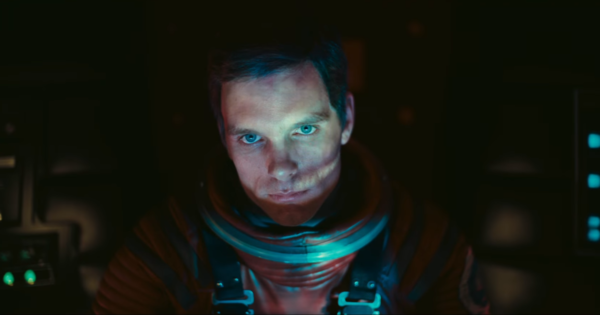 Given that this year marks an important milestone in human history, I suppose we should start this feature by taking a look at a film that many consider an important milestone in cinematic history. One year before the successful lunar landing, cinematic master Stanley Kubrick released a work that would become one of the most groundbreaking and iconic films ever made. That film is 2001: A Space Odyssey.

2001: A Space Odyssey follows the story of a space voyage to the outer limits of Jupiter after the discovery a mysterious black monolith, an object that has played a role in humanity’s evolution since the dawn of time.

When watching 2001 your best approach is to just ignore the plot for the most part. Why? Because it seems like the film spends most of the time ignoring it too. Save for a few brief exchanges between characters concerning a few issues that might have something to do with the monolith and its appearance on the Moon, or characters discussing how to deal with the bothersome bot HAL 900, the film doesn’t spend much time following any kind of concrete story. 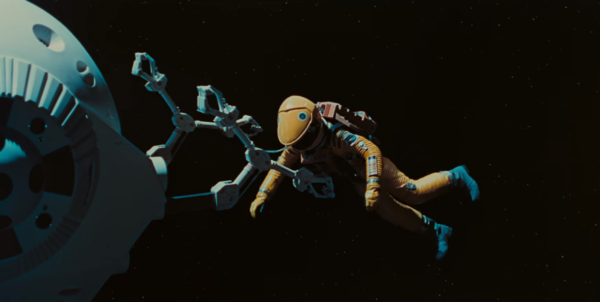 Instead, the film can be treated as more of a series of thematically connected vignettes, from the dawn of humanity, through to the monolith being found on the Moon before ending at the edge of reality as the monolith sends one of our protagonists hurtling through space and time.

What plot we do get is rather simple but also incredibly vague. Such as in the film’s second act which focuses on Dr Floyd who is heading to the Moon to investigate the monolith. An intriguing set-up that results in the good doctor gazing upon the object and all its sinister wonder, at which point he just vanishes from the film almost entirely.

After this middle act, the film’s story becomes even more vague as we follow the crew of a ship as they head to Jupiter on a mission that has been kept largely under wraps, save for the fact that most of the crew have been placed in hyper-sleep and HAL 9000 deciding to activate “KILL THE CREW” mode.

The vagueness of the story is only compounded by the fact that the human characters barely say anything for large portions of the film, with almost no dialogue spoken at all in the film’s first and last half hours almost aside from “Open the pod bay doors HAL” or HAL 9000 pleading not to be deactivated.

Don’t even get started on what the hell that ending is supposed to mean because I haven’t got the foggiest fuck as to what even happens let alone what it all means.

While some may cry “SPOILER ALERT” after my descriptions above but I don’t feel like I’m spoiling anything here. Like I suggested earlier, and this might be debatable, but this film has no real plot. However, this is not a mark against the film, because what it lacks in plot and character development, it more than makes up for in sheer spectacle.

The film’s depiction of the (at the time) future is among the most brilliantly and meticulously crafted ever depicted in a film. With it offering authentic feeling (if ultimately inaccurate) predictions about commercial space travel and hotels being constructed from space stations, while also having more than a few minor predictions that are not too far off from the reality, such as the use of iPad like tablet computers and microwave dinners.

Whether it be the rather sterile but strangely eye-catching bright white halls of the Hilton space station or the beauty of the Jupiter craft that allows our crew to enjoy a gravity-defying morning jog, the design of the film’s various sets are impressive sights to behold and easily ranks of the most impressive ever constructed for a film of this era.

The same high praise is also more than earned by the film’s spectacular special effects which depict space travel in a way that is both visually impressive, awe-inspiring and scientifically accurate to boot, with the various spacecraft models that, even after 50 years, still manage to amaze and inspire wonder in a way that CGI will never be able to match.

The visual wonder derived from the effects are expertly compounded by the inspired use of music, with Kubrick (having rejected a composed score by Alex North) opting to score his images with a range of classical masterpieces from the majestic waltzes of Johan Strauss to the work of Gyorgy Ligeti that dominate the films more ominous moments.

2001: A Space Odyssey is very much the ultimate “Marmite film”. Some are going to love its vague philosophical nature and the slow burn approach that lets you ponder every frame till the cows come home. On the other hand, some of you will hate for those same reasons and might find it to be a pretentious bore.

I feel that, regardless of what one’s final opinion might be, that this is a film that should be seen everyone at least once in their lives. 2001: A Space Odyssey is easily one of the most fascinating films ever made while I don’t quite fully understand what it’s trying to say I can’t help but be blown away by the sheer wonder of it all.