Just in time for the 50th anniversary of the first man to set foot on the moon, polish developer SONKA has announced the landing of Astro Bears on to the Nintendo Switch.  Astro Bears is available on the Nintendo eShop and for a very limited time will be completely free to all owners of Astro Bears Party. 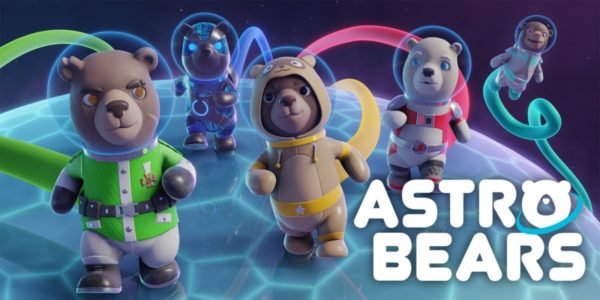 This sequel to SONKA’s Astro Bears Party will have players competing against others across various planets in the new Competitive mode.  This new mode will see players battle 1 vs 1 through five challenging rounds.  There’s also a 2 player Jetfish Hunting mode where players will work together to collect Jetfish and beat the global highscore together.  Of course, there is still the classic Party mode that has players forming and breaking alliances in non-stop action.

“Astro Bears wouldn’t exist if it wasn’t for the ambition of thousands of brave men and women who dared to go where no man has ever gone before,” says SONKA’s Rafal Sankowski. “The Apollo 11 mission marked an important point in human history, which is why we named one of our bears after the first man to walk on the moon, Neil Armstrong. We hope Astro Bears can deliver a fun experience for space lovers that will plant the seeds of imagination and exploration in a new generation of future astronauts!”

Astro Bears is available now on the Nintendo eShop.  For owners of Astro Bears Party, be sure to download the game for FREE within one month of today’s launch.