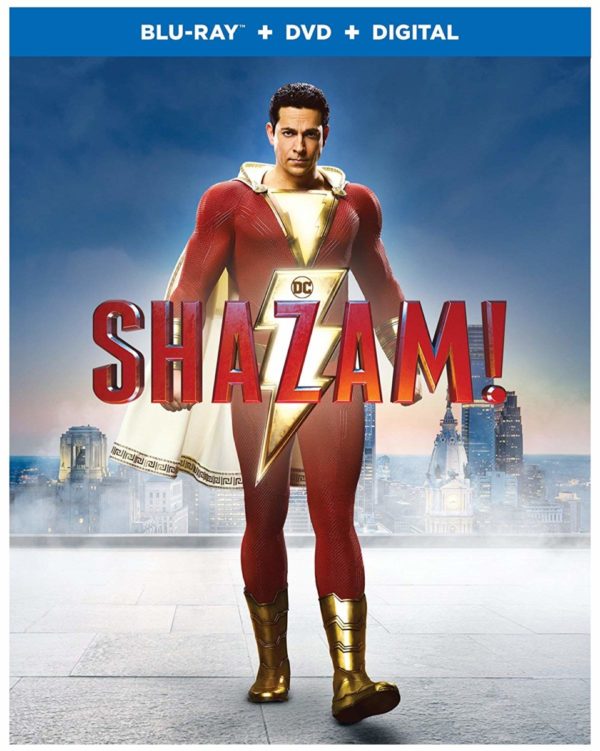 We all have a superhero inside us, it just takes a bit of magic to bring it out. In Billy Batson’s case, by shouting out one word – SHAZAM! – this streetwise 14-year-old foster kid can turn into the adult superhero Shazam. 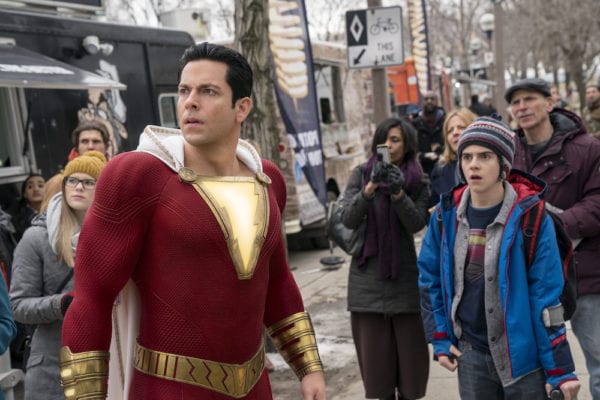 While it’s a while before we get the next DC superhero film, today marks the release of DC’s most recent comic book film Shazam! on blu-ray and other home media. Directed by Annabelle: Creation‘s David Sandberg and starring Zachary Levi as the titular hero, Shazam! offers a very fun adventure that features great chemistry between Levi and the young cast while also focusing on the themes of found family and identity. It’s a pretty decent entry into the DC film franchise that celebrates what it means to be a hero.

My thoughts on Shazam! haven’t changed too much since my original review. Shazam! deconstructs the tropes audiences often see in the superhero film genre, but does it from the perspective of its young protagonist. Whether it’s the power training montage or how Shazam and  Mark Strong’s evil Dr. Sivana try speaking to each other a mile apart in the sky, Shazam! successfully pokes some fun at the usual tropes while simultaneously honouring them. The humour is on point with many of the jokes landing, but the film still takes itself seriously and delivers some nice emotional moments for Billy’s character arc as he battles between the need to find his family and a powerful hero who doesn’t need to do things like go to school or take advice from those ‘younger’ than him. By the conclusion all the film’s themes converge pretty well to tell a nice message about family and needing help. 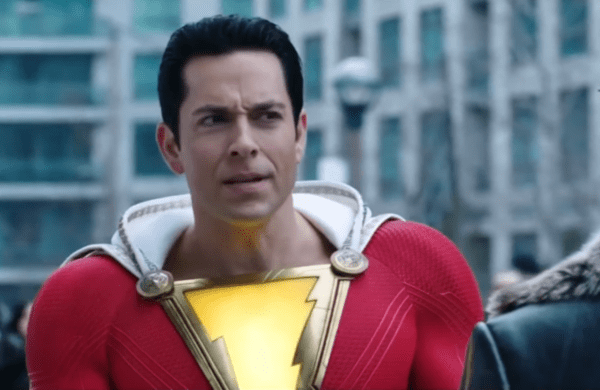 The casting is great, especially in regards to Levi and Asher Angel who compliment each other very well. Jack Dylan Grazer makes a great foil for Billy while Strong is intimidating throughout the film. While Grace Fulton, Ian Chen, Faithe Herman and Jovan Armand give good portrayals of their young characters, they’re not in it enough or have much to do until the final act. Nonetheless, the chemistry shared between them and Levi is one of the best aspects of Shazam! and leaves plenty of potential open for its forthcoming sequel.

The bonus features included amount to over an hour and a half of extras that go very in-depth into the production. Included are:

Superhero Hooky – A motion comic of Shazam and his family skipping some school to prevent a crime with Shazam providing a very flimsy excuse to the school’s principal. It’s a fun little story with Levi providing the voice of Shazam for the comic as he narrates the adventure.

The Magical World of Shazam – Clocking in at a half hour, this is the most in-depth look into the film’s production. From the casting to the work on the visual effects, many of which were a blend of practical and special effects, Sandberg and his team give great insight into the work they put into Shazam!. 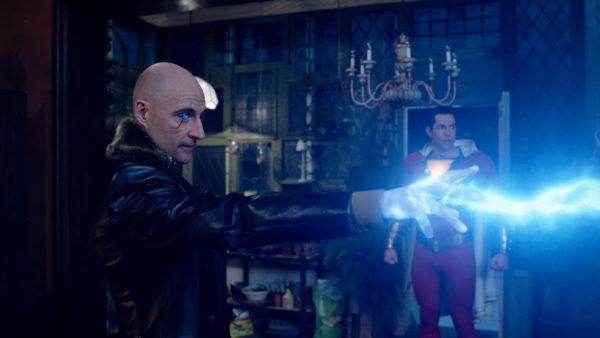 Deleted and Altered Scenes – There’s surprisingly almost 40 minutes of deleted and altered scened, including a alternate prologue, beginning and ending. Complete with audio intros from Sandberg, he talks about why these scenes were cut or altered and gives some solid reasons as to why which ultimately worked out for the better.

Gag Reel – 5 minutes of ruined takes and the actors breaking character at some of the jokes and performances. There’s some pretty great ones here with the best being Levi throwing the huge Batman doll and it going terribly wrong.

On Set with Zachary Levi – Focusing on Zachary Levi, this is all about how he got the role of Shazam (revealing he originally set in audition tapes for the role of Adult Freddy). Levi’s charisma just seeps through the behind the scenes look and it’s quite obvious he has a lot of affection for the character and generates a lot of fun on set.

Shazam‘s Backstory – This feature explores the history of Shazam in the comics from his creation in 1940 to now. It goes in to how he was the original Captain Marvel before DC changed the name in the New 52 to cause less confusion with Marvel’s own Captain Marvel. There’s some nice insight here as to how Shazam as changed over the decades and was, at one point, a bigger seller than Superman. 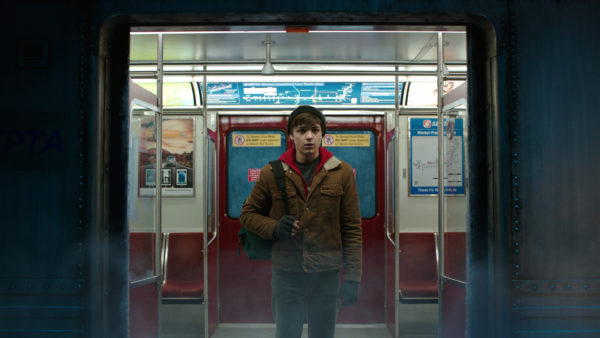 Shazamily Values – One of the most interesting things about Shazam is how his family shares his powers. This looks at Billy’s foster siblings and their abilities through interviews with the young cast and their older counterparts that also shows their affinity for the characters.

Carnival Study – 10 minutes are devoted to exploring the climactic fight between Shazam, Sivana, the Sins and rest of the family. Sandberg and his team go into a lot of detail on the mix of practical and special effects like how the Sins came to life or getting the ferris wheel to come down the particular way they wanted. It’s an interesting look at how much the fight developed over time.

Overall, Shazam! is a great addition to the DC film franchise. It’s a fun adventure with a great cast that has a lot of chemistry together while the bonus features offer a nice look at everything that went into the film. Fans won’t be displeased with the purchase of Shazam! for their collection.