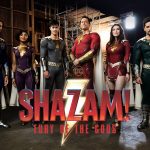 Director David F. Sandberg has taken to Twitter to reveal that the highly anticipated sequel to 2019’s Shazam!, titled Shazam! Fury of the Gods, has wrapped filming. And that’s a wrap! pic.twitter.com/7Zum78l8YL — David F. Sandberg (@ponysmasher) August 31, 2021 Although plot details for the DC sequel are currently being kept under wraps, star Zachary […] It looks like we can add another familiar face to the cast of Warner Bros.’ Shazam! Fury of the Gods, with a set photo from the DC sequel arriving online this week which reveals that Djimon Hounsou will be reprising his role as the Wizard – presumably in flashback scenes, seeing as a) he died […] 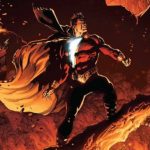 Spinning out of Teen Titans Academy, DC Comics launches its new four-issue Shazam! miniseries this Tuesday, and we’ve got the official preview of the first issue for you here… Billy Batson came to Titans Academy looking for answers. Why was the rest of his adopted family cut off from the power of Shazam? Why are […] 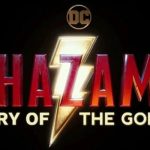 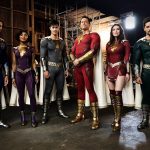 Shazam! Fury of the Gods director David F. Sandberg decided that in order to avoid the omnipresent set-photos and production leaks that are now part-and-parcel when it comes to filming a blockbuster superhero movie, he would unveil the brand spanking new Shazam! suits via official channels, so took to Twitter to reveal the line-up. The […]

With cameras rolling on the Dwayne Johnson-led Black Adam movie, Zachary Levi has uttered the words ‘Shazam!’ and taken to Instagram to officially announce his return as Black Adam’s nemesis for the start of production on Warner Bros., New Line Cinema and DC Films’  Shazam! Fury of the Gods.   View this post on Instagram […] 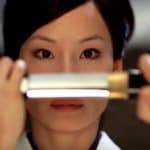 Another villain is will torment Billy Batson a.k.a. Shazam as Lucy Liu (Elementary) has joined the sequel as Kalypso, the sister of Helen Mirren’s Hespera. The film sees David F. Sandberg returning to the director’s chair alongside stars Asher Angel and Zachary Levi, who play Billy and his superhero alter-ego Shazam. Like Hespera, Kalypso has […] 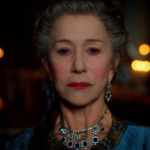 Shazam will face his most formidable foe yet, in the form of Dame Helen Mirren. News broke this week that Mirren is joining the cast of Shazam: Fury Of The Gods as the villain of the DC sequel, which has David F. Sandberg returning to the director’s chair. While she’s no stranger to action films […] 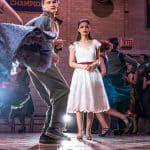 With Steven Spielberg’s adaptation of West Side Story having been delayed an entire year, it has given leading lady Rachel Zegler time to jump aboard another eagerly anticipated blockbuster in the form of Shazam! Fury of the Gods. Zegler has signed on for what she describes be “a key role” in David F. Sanberg’s follow-up, and […] 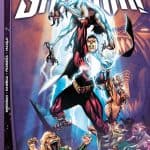 DC releases Future State: Shazam! #1 this Tuesday, and we’ve got the official preview of the issue for you here; check it out here… No one’s seen Billy Batson in years-not since the incident known as the Final Battle of Titans Island. Now leading a small band of heroes, even his allies have begun to […]