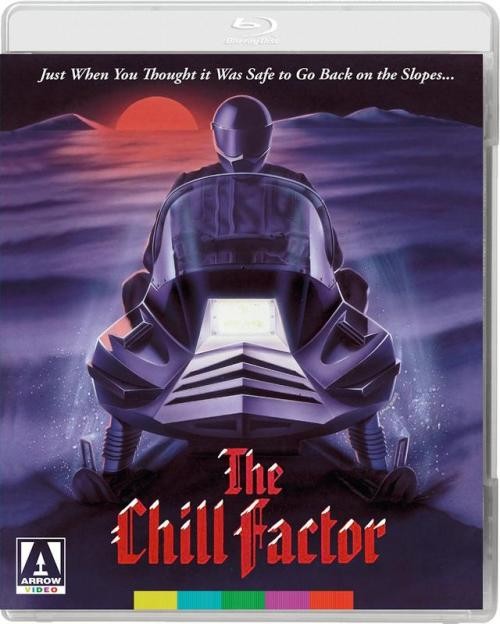 A group of friends on a trip to the snowy mountains fall foul of an evil spirit that possesses one of their number. 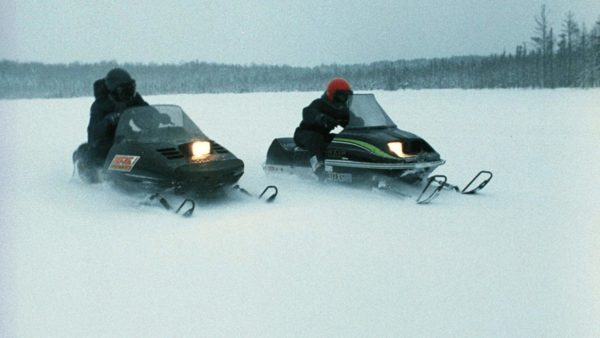 When a movie comes at you selling itself as ‘The Exorcist meets the Winter Olympics’ then you tend to sit up and take notice, if only to see what a spectacle it could be, regardless of its quality. Unfortunately for The Chill Factor the quality is extremely low and there is very little spectacle, which is an opportunity missed when you look at the two main ingredients – a supernatural/possession story and a snowy setting.

The plot is your basic everyday tale of happy-go-lucky young(ish) people going for a fun-filled time in the snowy mountains but before they can go off-piste for a bit of drinking and partying they first of all have to bump into the slightly sinister locals – in this case, racist ones who focus in on the one black member of the group in the first of a lot of odd racially motivated dialogue – because everybody who goes into unknown territory for a good time has to bump into hostile locals, and then whilst out in the snow on their snowmobiles one of the group, Tom (Aaron Kjenaas), crashes and is injured. The gang take him to an abandoned shelter where one of the group goes off to find help whilst everyone else finds the inevitable Ouija board-type plot device that was conveniently left lying around after the Satanic cult that used to occupy the cabin moved out. Cue lots of messing about with dark forces and Tom’s injuries healing very quickly… 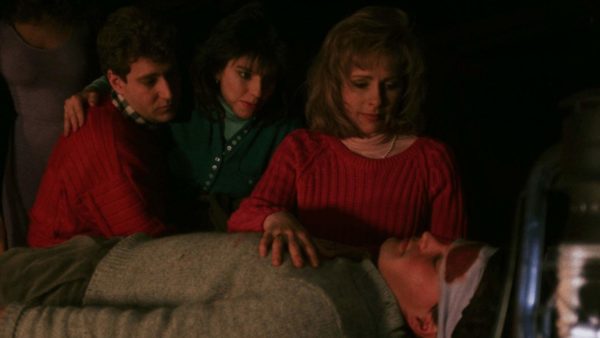 On paper The Chill Factor sounds like an absolute hoot – demon possession, young people messing about in a cabin and it’s all set in the snow, which is usually a fantastic setting for all sorts of bloody malarkey, but somewhere between the page and the screen the film loses all of its appeal thanks to a totally flat, almost TV movie approach to how the film plays out. First of all there is a narration provided by an older version of the character who survives, so no surprises there whenever that character is in peril later in the film, and from then on in The Chill Factor just fails to deliver on anything that its bizarre premise teases at.

And speaking of peril, it takes about 40 minutes – or about halfway through the movie – for anything remotely abnormal to happen and when it does it really just involves Tom looking angry and getting a bit frisky with women that he shouldn’t be getting frisky with. Naturally, there are kills and they are the best bits of the film, adding a bit of a Friday the 13th vibe to proceedings, but they unfortunately come too late to have any impact on a story that should at least have been a fun, low-budget gore-fest taking in the best bits from Friday the 13th, The Evil Dead or Demons instead of aiming high with The Exorcist and taking it all far too seriously to work, making The Chill Factor tick all the boxes for sex, nudity, gore and bad acting but wrapping it all up in a po-faced narrative and production that seems to want to replicate those late-night TV erotic thrillers that were popular in the early ‘90s instead of looking to the grindhouses and just going for it. 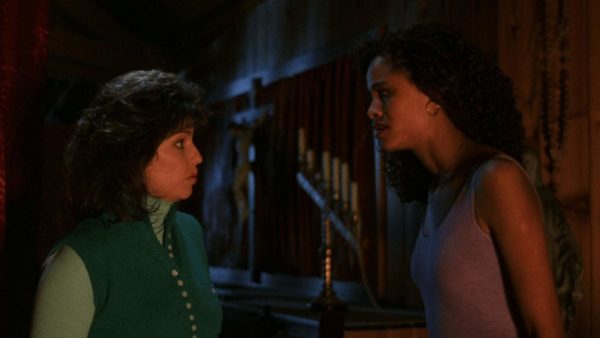 Looking a lot tidier than the footage on the included VHS trailer, the disc also comes with an audio commentary with special effects artist Hank Carlson and horror writer Josh Hadley plus interviews with various crew members (note – no cast interviews) which offer a more entertaining narrative than what we actually get in the finished movie. The Chill Factor may fit the bill as a cult oddity but as a movie deserving of the Arrow Video treatment this dull and uninspiring mess has very little to offer other than an unoriginal idea in an unutilised setting.