Fans of the anthology series Two Sentence Horror Stories are in for a scary treat this summer, as the show makes its official move to The CW August 8th. A little backstory about the series: it originally premiered on Verizon’s mobile app, go90 as the five-episode short-form digital series 2SH. The short-form series then launched on CW Seed in October 2018. Following the positive response on its digital platform, The CW announced in June it would become a full-length version to air on the broadcast network. Episodes of Two Sentence Horror Stories will feature Nicole Kang (Batwoman), Jim Parrack (Suicide Squad) and Aleyse Shannon (Charmed). Ahead of the premiere we spoke exclusively with the show’s cinematographer, Guy Pooles about what fans can expect. Some of Guy’s other credits include go90’s horror comedy Snatchers and the supernatural drama The Ferryman to name a few. 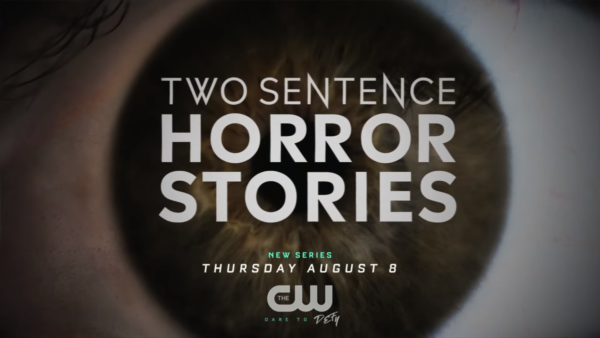 How did you first break into the industry? What’s your ‘origin story’?

I don’t know if there was ever one identifiable ‘break-out’ moment. I started back in England, making very low budget short films. After graduating from The American Film Institute, I stayed in LA and slowly the projects started growing, both in the scale of their production and also in the audience they would reach.

The nice thing about that kind of slow climb is that you often don’t perceive it happening, every new project feels like the logical next step and it’s only when you occasionally look back at the path you’ve taken that you realise how far you’ve travelled.

How did you initially get connected with Two Sentence Horror Stories?

In its first incarnation a couple of years ago, Two Sentence Horror Stories was a five-episode, digital series. When they were first looking for a Cinematographer for the show, my name was thrown into the mix by a producer friend of mine who had been hired onto the production. I sat down for an interview with the showrunner, writer and director Vera Miao and had a really great discussion about the show and what her vision for it was. It was my great fortune to be offered the job. They knew that what they wanted to achieve with the series was quite ambitious for the budget and the schedule so, I think they liked that I had a track record of squeezing more out of the cinematography of a project than the time and money available to me might usually allow for.

Then, jumping forward to early this year, I received a phone call from Vera. She told me that a new season of Two Sentence Horror Stories had been green-lit and that, even though the production had moved to New York, she’d wanted me to fly out and be one of the two cinematographers on the show. 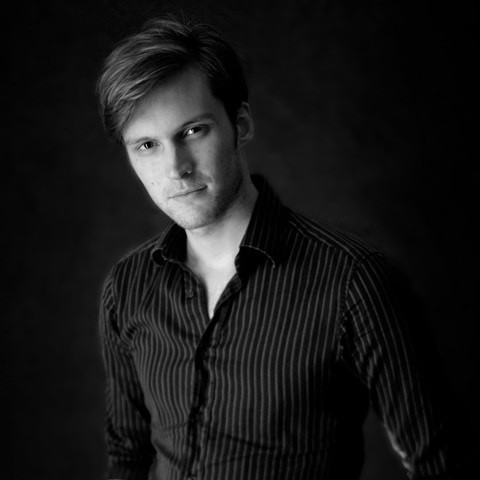 Yes, there are six directors on this new season, and I had the pleasure of working with four of them.

Keeping a consistent look across the season was absolutely the biggest creative challenge. When you have six directors, two cinematographers and eight separate narratives there’s naturally going to be a lot of potential for variation in the aesthetic of each episode. This is where prep becomes most important, and with a tight prep schedule of just over two weeks, it was clear to everyone that we needed to all get onto the same page as quickly and efficiently as possible. All of the directors and department heads were able to sit down with Vera as she talked us through the look-bible she had built for the show. Vera always brings great references. For this season she was drawn to a lot of images that featured a highly designed and minimalist color palette. She also referenced images that embraced unbalanced symmetry in a manner that was subtle but just conspicuous enough to feel disconcerting. A strong influence for both of these concepts was the Paul Schrader film First Reformed. Looking over these references with Vera and offering some of our own, we were all able to discuss and set rules for the visual language of the show.

Once we each knew that the overall look of the show was to be in terms of color, camera placement and lighting, the trick became making sure that these rules didn’t begin to stifle the individual voice of each episode. We really used the visual rules of the show as a starting point, and allowed each episode to begin to evolve its visual language in different ways that best served each narrative.

Two Sentence Horror Stories first started off as a short form digital series. Did your approach to the upcoming full-length series change from the digital series or did it stay consistent?

The transition to making a Network Television version of the same show does come with a new set of rules that you now have to consider. For example, our previous Aspect Ratio of 2.40:1 was now off the table and we had to collaborate with the Network to figure out an aspect ratio that would work for the new format; and so the ratio we decided would be best was 2.00:1.

There were also some new limitations when it came to what could be depicted regarding violence, gore and the other less savoury elements of the horror genre. If a scene, as written, was deemed to be potentially unsuitable, it became a fun challenge to figure out how to look away from the action, to shoot around what was happening, but do so in a manner that still felt designed and intentional, and still told the viewer exactly what it was that they weren’t seeing. What we often discovered was by not seeing and by leaving a space to be filled in by the viewer’s imagination, the moment was often made far creepier. 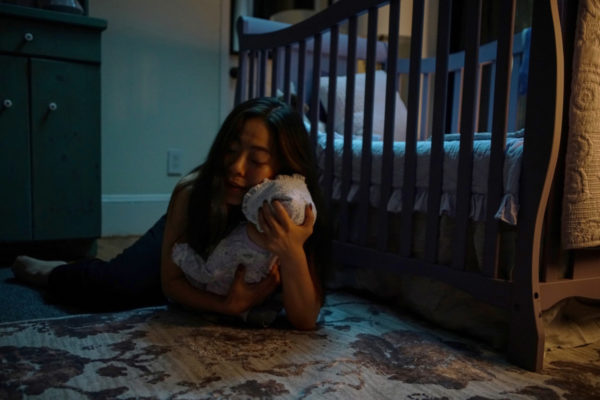 Can you describe your creative process for Two Sentence Horror Stories. How did you decide the look of the show?

Having the previous version of the show there as a reference was incredibly helpful. The creative heads were all able to look at the digital series and decide what we thought worked for this season and could be carried over, and what we felt could be left behind.

Just from a logistical standpoint, a lot of this season took place during the day, which was a big visual shift in itself. It begged the question: what does daylight look like in the world of this show? The look that we settled upon was that daylight would often feel cooler and darker than would normally be expected, as if something in this universe was just slightly off-kilter.

This idea of something seeming subtly ‘not quite right’ about the look of the show carried over into out night time scenes. Often sources of light that would normally feel warm and comforting were pushed to feel much greener and slightly more sickly.

We were always trying to find ways to unnerve the viewer, but do so in a manner that didn’t draw too much attention to itself. An example of this might be our use of the color red though-out the entire season. It’s a color that naturally holds a lot of dramatic weight, so we mostly pulled it out of the palette of the show. However, when it does appear within a frame, it tends to arrive hand-in-hand with danger or violence. So, as some episodes unfold, the viewer is almost subliminally conditioned to feel uneasy anytime the color red begins to appear.

Do you have an episode you are most proud of? Why?

Well, that would be like asking me to pick a favourite parent. I’m not sure I could. Each episode felt wholly different to make, and each episode was challenging to photograph for entirely different reasons. So naturally, I’m proud of the work everyone achieved on each of the episodes. Now, that might sound like a cop-out but, it really is true. 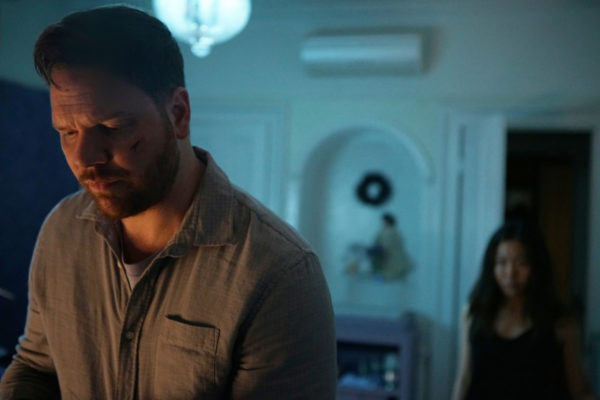 –Can you think of a particular shot with this show that was really challenging? What did you do to overcome it?

The shot that first springs to mind is quite fleeting, but holds a lot of dramatic weight within the narrative. There’s a shot towards the end of the episode Hide that shows a POV through the peephole of a front door. Usually, the way to achieve this would involve renting a lens for our A-Cam with a wide enough focal-length to achieve a ‘fish-eye’ effect, similar to that of the lens of a peephole. Then the visual effects department would then be responsible for dirtying up the image and painting the edge of the peephole around the photographed element.

However, on this episode, our camera rental budget had hit its limit, as had the number of budgeted visual effects shots. The solution I deemed to be the most effective within the parameters of our production was to take the iPhone from my pocket, open up FiLMiC Pro and place the tiny lens of the iPhone into the existing peephole of the actual location to get the shot.

The virtue of this method is that you capture the optical distortion, the grubby texture and the metal edges of the peephole all in-camera. However, moving from the latitude and compression of an Alexa Mini capturing ProRes 4444XQ to that of an iPhone 8 means that you need to be darn sure you know what you’re doing with your exposure; because it becomes your job to turn to the members of production who might seem a little nervous about this method and say “I’m confident that this will be able to cut together with the footage from our A-Camera”.

It was unconventional, but I think we pulled it off well; and in doing so we saved money and precious shooting time.

Many thanks to Guy Pooles for taking the time for this interview.