Marvel releases Secret Warps: Arachknight Annual #1 this Wednesday, and we’ve got a preview for you here; check it out… 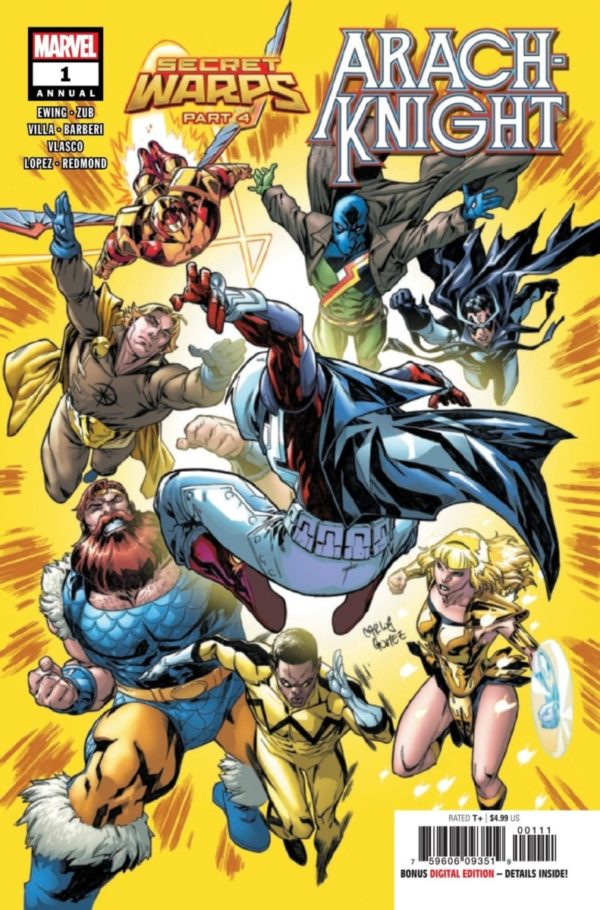 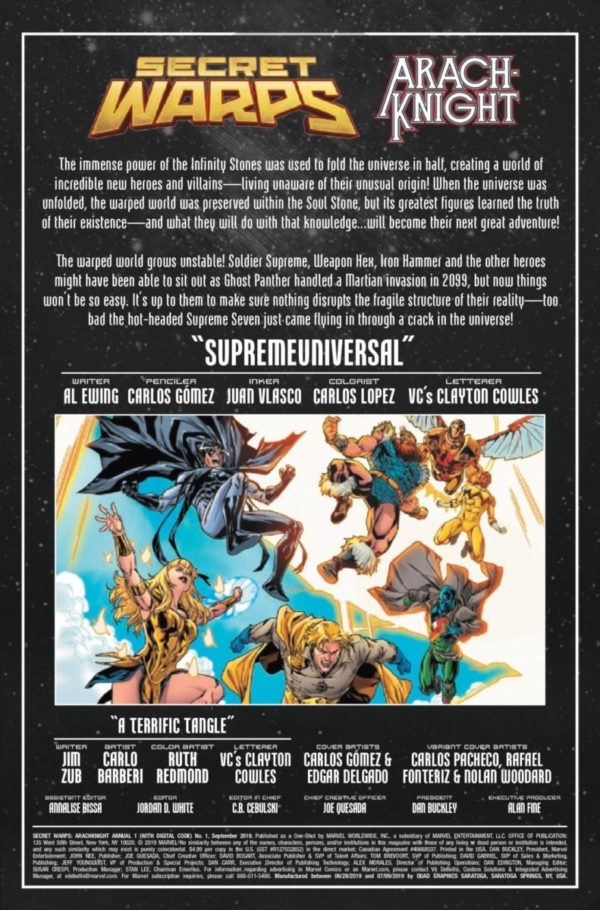 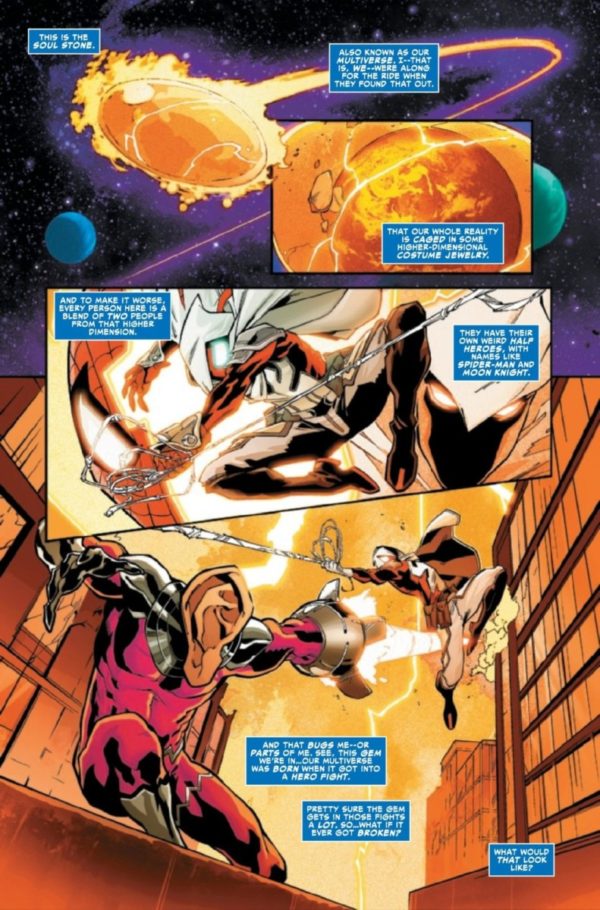 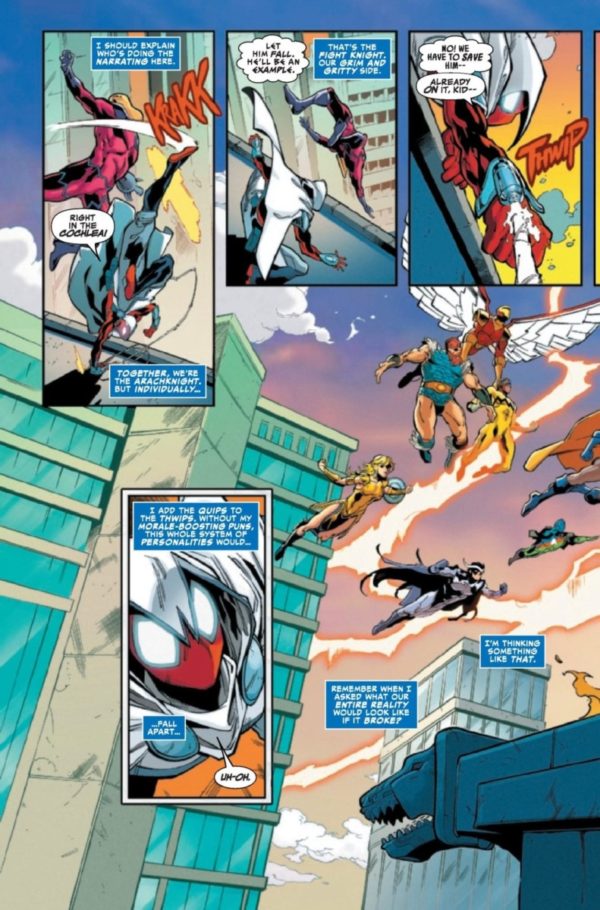 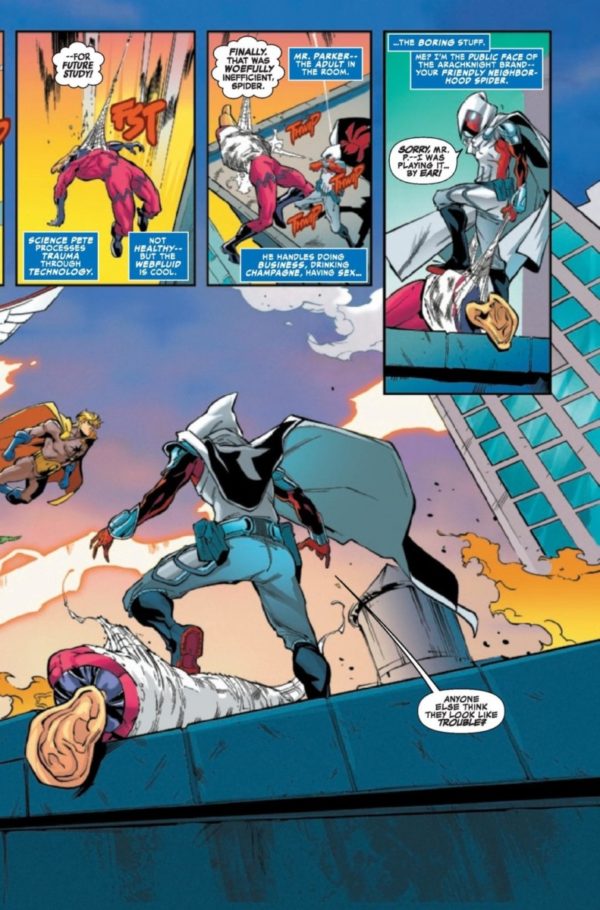 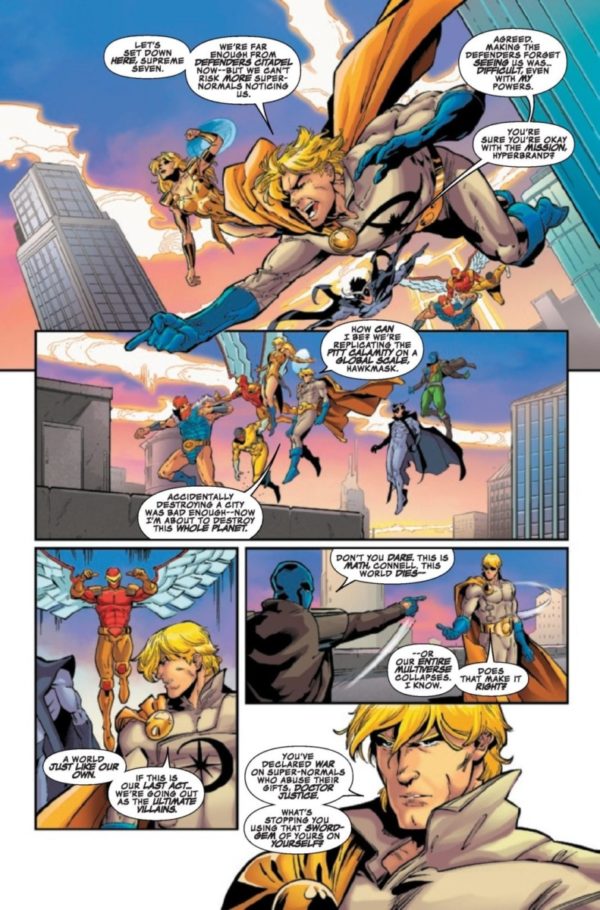 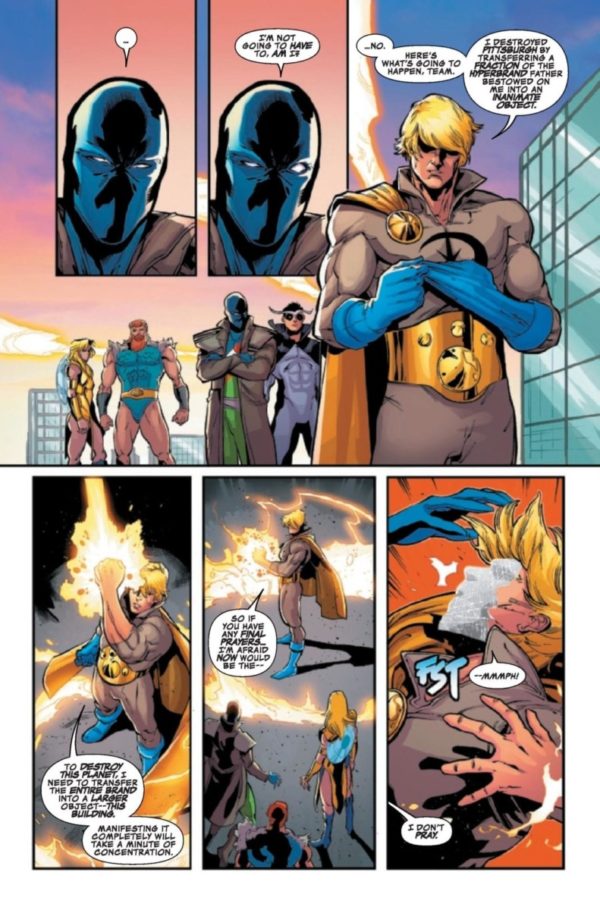 “SECRET WARPS,” PART 4 – SUPREMEUNIVERSAL! The web-spinning Arachknight finds himself out of the depth of all four of his personas as his own warped universe begins colliding with another – the New Supreme Universe, homes of the Supreme Seven! PLUS: A bonus tale of ol’ AK trying to persuade the Terrific Two to become a Trio!