On The Pick of the Flicks Podcast, a different guest drops in every week to chat about their favourite film. This week, Empire Magazine writer, film critic and author Helen O’Hara discusses the 1990 adaptation of literary classic Cyrano de Bergerac… 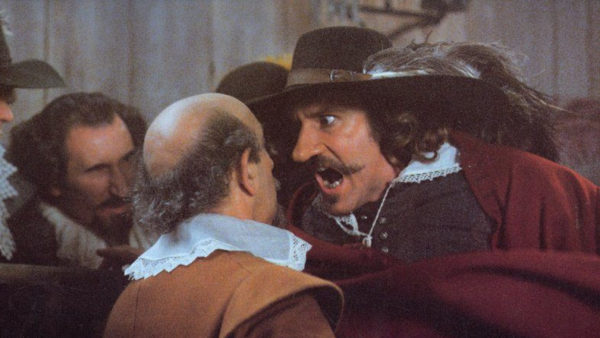 On the latest episode of The Pick of the Flicks Podcast, Empire Magazine critic and film book author Helen O’Hara chats about the 1990 adaptation of French literary classic Cyrano de Bergerac, starring Gérard Depardieu as the big-nosed soldier-cum-poet who romances the love of his life through a far more attractive, if dim-witted surrogate. We discuss Depardieu’s towering performance, Anthony Burgess’s memorable subtitle work and, of course, all of the panache.

SEE ALSO: Listen to last week’s episode with critic Amon Warmann on his favourites of 2019 so far