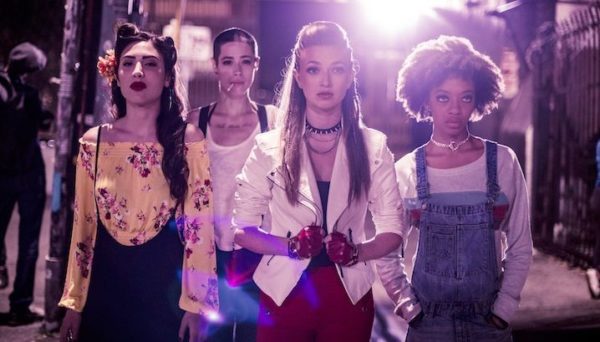 Following on from its premiere at the Inside Out LGBT Film Festival, we’ve got an exclusive clip from the ” supernatural, super feminist, and super queer” vampire film Bit, which sees trans activist/actress Nicole Maines (Supergirl) starring alongside the likes of M.C. Gainey, Diana Hopper and James Paxton. Check out the clip below along with the poster, and be sure to head on over to our YouTube channel for more exclusive content… 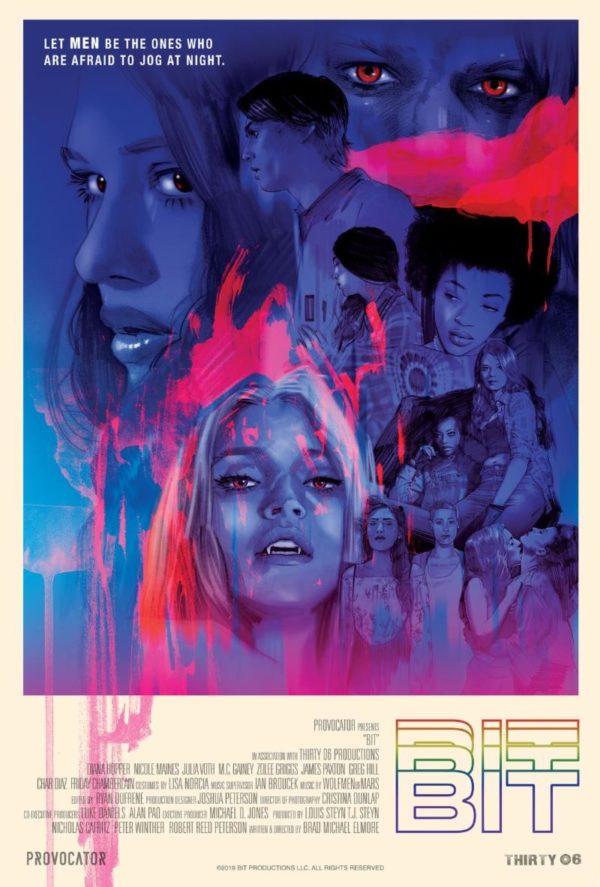 Desperate to get away from her small-town roots and find a like-minded community, Laurel hits the road for Los Angeles as soon as she graduates from high school. Sure, people in L.A. are different, but do these people seem extra different? Yes, they do, because they are vampires.

On her first night out in the city, Laurel attends a warehouse party and befriends a mysterious group of punk feminist women, led by the intimidating Duke. Laurel is surprised to have met her people so quickly, but her luck turns when one of them feeds on her blood and leaves her for dead. Waking up and realizing she might have become a vampire, Laurel confronts the women who converted her and is given a choice: go back to a boring life or join an ultra-cool vampire squad. Could it possibly be that simple? Of course not.

Bit will be playing at a number of other festivals this year, including Frameline.