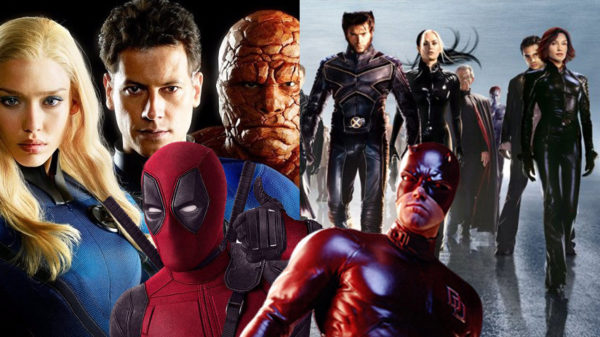 It was frequently rumoured over the years that 20th Century Fox would look to bring the Children of the Atom and Marvel’s First Family together for an X-Men vs. Fantastic Four crossover/shared universe, and while this ultimately never came to fruition, it has now been revealed that plans for such an event movie were in motion at one point – and would have also featured the characters of Daredevil and Deadpool.

“My ex-partner and I, when we were working at Fox and we were working on X-Men: First Class, we did a secret movie for them that, I can’t tell you what the plot was, but I can tell you that it used all of the characters, all of the Marvel characters that Fox had at the time in 2011,” revealed screenwriter Zack Stentz in an interview on Kevin Smith’s Fatman on Batman podcast. “It used the X-Men. It used the Fantastic Four. It used Daredevil. It used Deadpool. Daredevil was still at Fox at the time. We almost had Paul Greengrass directing it which would’ve been so cool but he had another project to do instead. It didn’t end up going but it was a script I was really proud of and it would’ve been really good.”

Stentz didn’t elaborate further on the story, but THR has since uncovered some plot details which reveal that the team-up movie would have taken inspiration from Marvel’s Civil War storyline. According to the trade, the X-Men and Fantastic Four would have been split across opposing sides after the government introduces a superhero registration act in response to an incident where Johnny Storm accidentally destroying part of Manhattan during a battle with Molecule Man. After waging war against each other, the heroes would then settle their differences, before a post-credits scene paved the way for a Skrull invasion of Earth in a sequel.

Apparently, Fox decided to put the project on hold following the positive reception to X-Men: First Class, with the studio then pushing ahead with X-Men: Days of Future Past, followed by the disastrous 2015 reboot of Fantastic Four.

What are your thoughts on this project? Would you have liked to see Fox’s Marvel heroes battling it out Civil War-style? Let us know in the comments below or tweet us @FlickeringMyth… 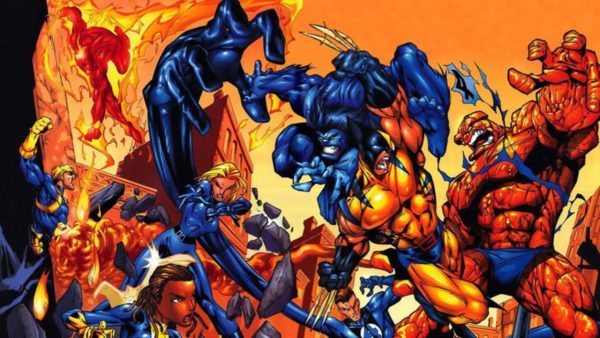