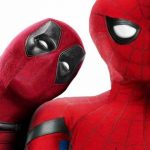 Since Disney acquired 20th Century Fox, superhero fans have been keen to see how Ryan Reynold’s Deadpool might interact with already established Marvel Cinematic Universe characters, including that of Tom Holland’s Spider-Man. However, in a recent interview with ComicBook, Deadpool creator Rob Liefeld discussed how he doesn’t believe that a Deadpool and Spider-Man team-up could happen as […] 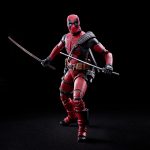 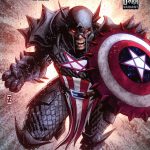 Throughout the month of May, some Marvel’s most popular superheroes will be showing off their sinister sides with a selection of Dark Variant covers across eight titles, and you can preview the covers right here… AMAZING SPIDER-MAN #45 DARK MARVEL VARIANT by DOALY BLACK WIDOW #2 DARK MARVEL VARIANT by OLIVIER VATINE CAPTAIN AMERICA #22 […] 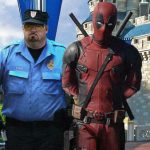 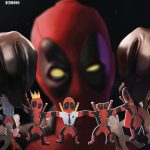 Marvel Comics releases Deadpool: The End #1 this coming Wednesday, and we’ve got a preview of the issue for you here; check it out… Wade Wilson may seem like he is unkillable, but there is more than one way to put an end to him… but don’t take my word for it! Quintessential Deadpool scribe […] 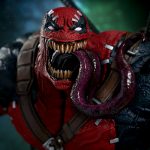 Sideshow and PCS Collectibles have unveiled the 1:3 scale Venompool statue from Kabam’s hit mobile fighting game Marvel Contest of Champions. the piece is available to pre-order now, priced at $2,500; check out the promotional images here… SUPPORT FLICKERING MYTH: Order via Sideshow Collectibles A monstrous mix between the Venom symbiote and Deadpool himself, the Venompool […] 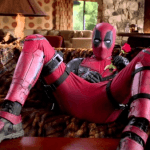 Having teased a meeting with Marvel back in October, Ryan Reynolds has now seemingly confirmed that the Deadpool franchise will be continuing under Disney, with the star revealing on Live With Kelly and Ryan that Deadpool 3 is in development at Marvel Studios. “We’re working on it with the whole team,” said Reynolds when asked […] 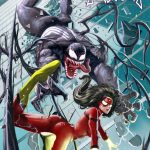 With Spider-Woman set to return in her new ongoing series this March, Marvel has announced that it is celebrating the occasion with a series of variant covers which teams Jessica Drew with various heroes from the Marvel Universe. Check them out here… Spider-Woman is back and better than ever in an explosive new series this […] 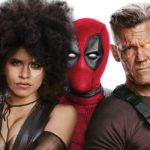 Deadpool creator Rob Liefeld believes Deadpool 3 and X-Force movies are “inevitable” at Marvel Studios despite no official word from Disney regarding the franchise. #Deadpool creator Rob Liefeld thinks an #XForce movie and "Deadpool 3" are "inevitable": "It's a billion-dollar franchise" https://t.co/ojxdaMFxFh pic.twitter.com/uULPBgIvlN — Variety (@Variety) December 17, 2019 “You know, I just hope they can get it together,” […]

Netmarble has announced the release of its latest update for Marvel Future Fight, which sees Deadpool now joined by three characters from his very own superhero team the Mercs for Money, along with new uniforms, upgrades and more. Agents can now collect Slapstick, Gorilla-Man and Negasonic Teenage Warhead of the Mercs with Money, while new […]