As the possibility of electric lighting in the home becomes a real thing, warring entrepreneurs Thomas Edison and George Westinghouse battle to become the leading provider of electricity in the USA and, by extension, the world. 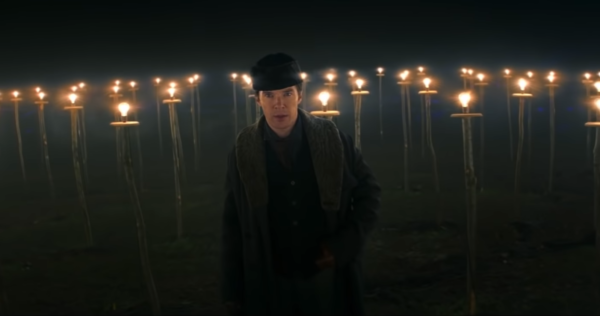 Anyone would be forgiven for assuming that The Current War was released ages ago. It was shot way back in 2016 and premiered at the Toronto Film Festival in the autumn of 2017, with a cinema release set to take place soon after. However, the film was owned by The Weinstein Company and therefore became caught in the maelstrom of sexual assault allegations around head honcho Harvey Weinstein. Two years later, the film has finally made it to the big screen, and it’s an engaging tale that brings a real spark to the battle over electricity.

The setting is the late 19th century, with the plans for electric lighting in homes all over the world in their infancy. Famous inventor Thomas Edison (Benedict Cumberbatch) has his own, patented style of lightbulb and favours short-range, direct current, while competing entrepreneur George Westinghouse (Michael Shannon) believes that alternating current, with transformers to step up and step down the voltage, is the future. Meanwhile, talented young immigrant Nikola Tesla (Nicholas Hoult) also believes he can help create a solution.

It’s shocking – sorry – that the story of the war of the currents is not more widely known, given its importance in shaping the world as we know it today. However, there’s no escaping the fact this is essentially a story of warring businessmen harping on about lightbulbs and cables, which doesn’t immediately scream cinematic. This is something that director Alfonso Gomez-Rejon – a prolific TV director, who also helmed Sundance hit Me and Earl and the Dying Girl – is clearly mindful of, with his camera seldom sitting still for more than a few seconds, keen to avoid giving his audience two hours of rich men speaking in – perhaps ironically – dark rooms. There’s certainly no denying the visual dynamism at play, though it can often feel forced and wearying, when actually there’s more than enough intrigue at play. Michael Mitnick’s zippy script cleverly swerves much of the technobabble that could easily have bogged the film down, with a keen eye for when to allow events to play out and when to compress them. One handy montage of lawsuits and micro-innovations in the first act is intriguing and pacy, setting the stage for the intense wrangling to come.

It helps that the two big beasts in this conflict are portrayed by a pair of fine performers. Cumberbatch is perfect casting for Edison, given his acting oeuvre’s large population of intelligent, but loathsome, geniuses. Like his Sherlock Holmes or his Alan Turing, Cumberbatch portrays Edison as a man driven by his own self-confidence, even at the detriment of those around him, whether it’s Tuppence Middleton as his wife or Spider-Man star Tom Holland, who plays his put-upon assistant.

Edison is all about salesmanship and extravagance – Holland warns he could be remembered as “PT Barnum rather than Sir Isaac Newton” – and is willing to go low to gain an advantage. The same is not true of Shannon’s Westinghouse – a serious, moral man determined to win the war in the right way. It’s a less showy performance than audiences have come to expect from the notoriously intense actor, but he’s the very warm, human counterpoint to Cumberbatch’s icy automaton. Nicholas Hoult’s dismally underused Tesla is the third point of the triangle, although he’s consistently sidelined by a movie that, much like history, doesn’t really care much about arguably the most intelligent of the three figures. 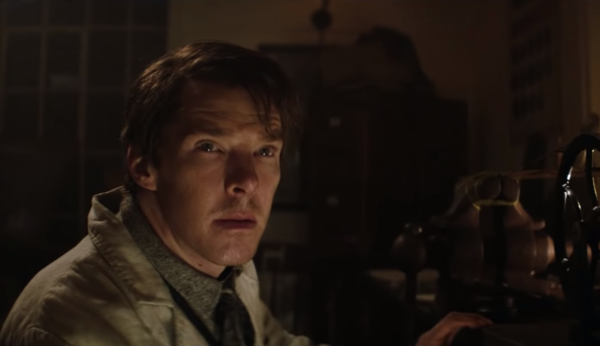 These performances are part and parcel of a film that’s almost always something of a mixed bag. For every energetic set piece sequence, there’s a dialogue exchange that’s teeth-gratingly on the nose – watch out for an oh-so-obvious late in the day chat about fences – or a poorly written scene involving the two central female characters, who never get so much as a glimmer of the film’s flickering light.

When it flies though, The Current War is an enjoyable and sharp take on a vital period of history. There’s a joy to its visual invention – even if it sometimes piles on the chaos a little too much – and the war of words and inventions between these two entrepreneurs makes for a titanic big screen battle. There’s just a sense that this might be a topic that’s a little too big for a two-hour movie, with so much plot that some of the characters and wider themes fade away into the darkness, as if there’s only so much electric light to go around.