Tai Freligh covers the Ripley’s Believe it or Not! panel at SDCC… 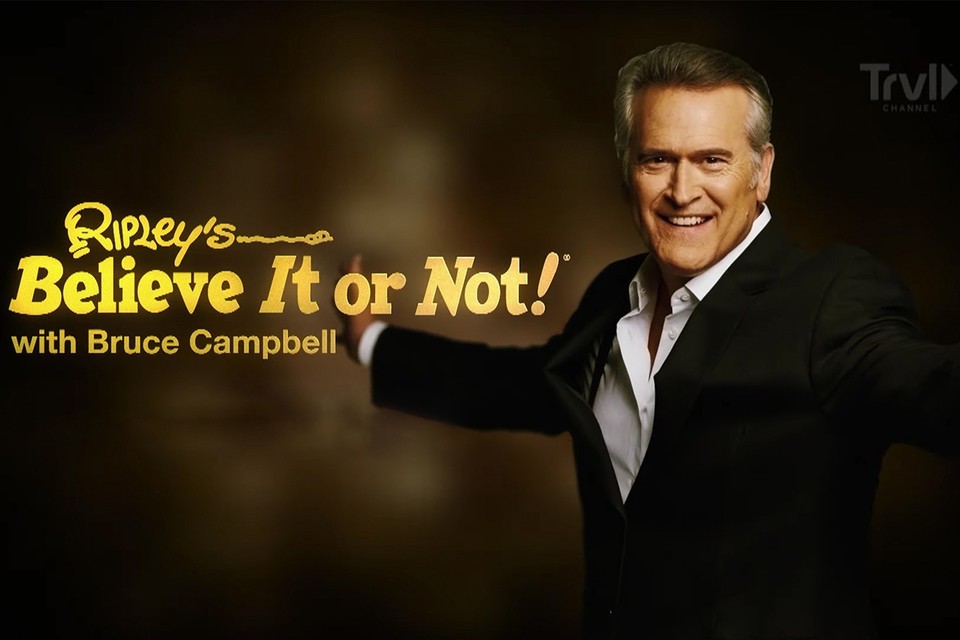 Host Bruce Campbell (Evil Dead) introduces fans to the extraordinary, the death defying and the unusual people featured in Ripley’s Believe It or Not!. “Cyborg” Angel Giuffria (Hunger Games) lives life with one of the most advanced prosthetic arms on the market. John “Hammerhead” Ferraro boasts a skull more than two times thicker than average, using it to shock sideshow audiences. “Half-man” Short E. Dangerously doesn’t let proportions stop him from challenging physics to perform.