Spider-Man: Far From Home‘s director, Jon Watts, has explained the casting of a special surprise cameo in the film’s mid-credits scene.

There were plenty of twists and turns throughout Far From Home to keep fans entertained but the biggest surprise to many was the appearance of J.K. Simmons as J. Jonah Jameson in the mid-credits scene.

Reprising the role from the Sam Rami Spider-Man films, Simmons appears on a public TV screen to reveal Spider-Man’s identity. Speaking to Screen Rant about bringing the actor and the character back to this world. director Jon Watts said:

“Once we started talking about the Daily Bugle and bringing J. Jonah Jameson back to be the one who finally outs Spider-Man’s identity in this reverse of the ending of Iron Man, there was never a question that it should be J.K. Simmons. It would feel wrong if it wasn’t him. That performance is just so definitive that if it wasn’t him… Why not?”

Simmons is certainly intricately connected with the role thanks to his past performances and fans were certainly delighted to see these events unfold, setting up the next installment rather nicely. 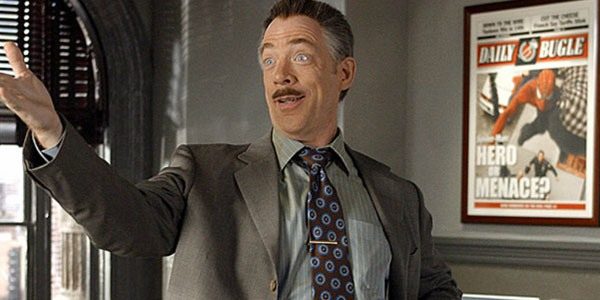