During the San Diego Comic-Con, it was announced that The Simpsons’ annual Treehouse of Horror Halloween special (which conveniently happens to be the show’s 666th episode!) is set to parody Netflix’s hit supernatural series Stranger Things in the segment ‘Danger Things’. Here’s the poster artwork for the episode… 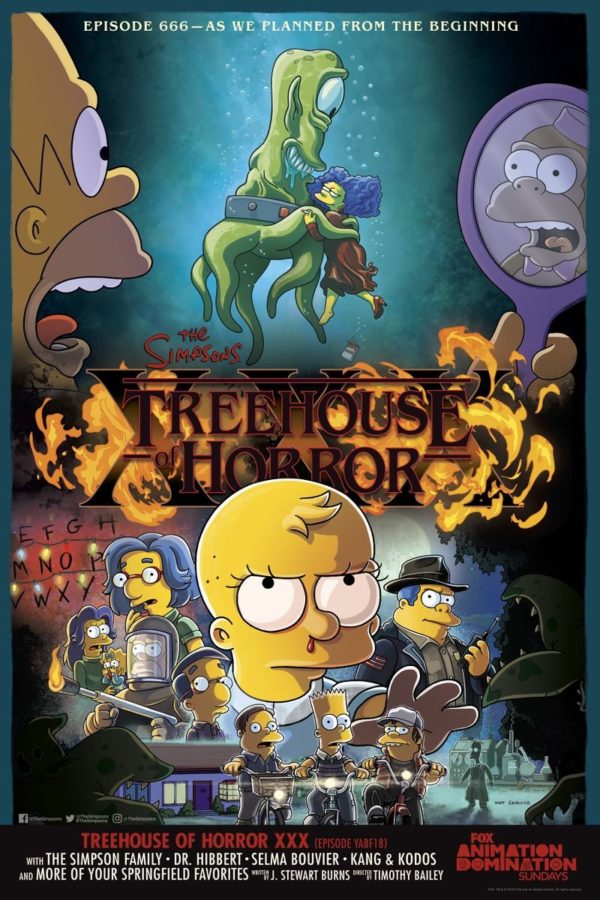 As you can see from the poster above, we’ve got Lisa, Bart, Millhouse, Martin and Nelson taking on the roles of the Stranger Things kids, along with Chief Wiggum as Hopper. It also looks like we can expect a spoof of Guillermo del Toro’s The Shape of Water, albeit with Patty/Selma and Kang/Kodos (delete as applicable) standing in for Elisa and Amphibian Man.

SEE ALSO: Matt Groening says The Simpsons will return to the big screen “one of these days” 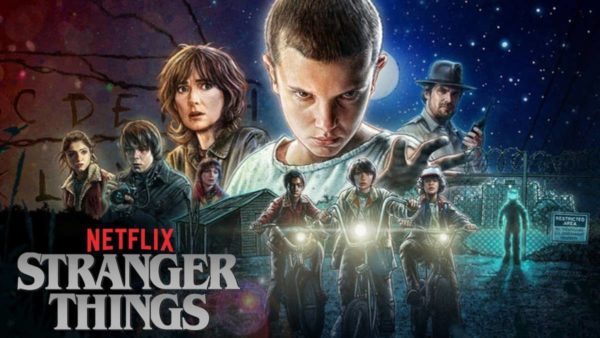