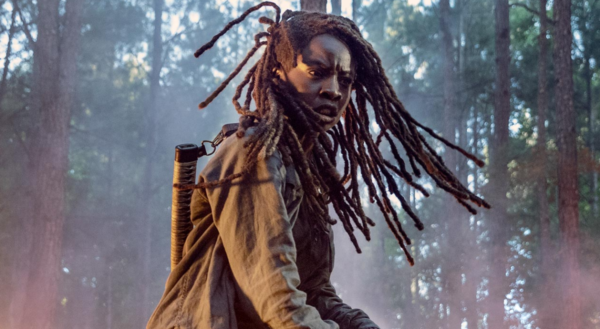 Coming out of today’s Hall H panel at the San Diego Comic-Con International, AMC has released a trailer for The Walking Dead, offering us our first look at season 10 of the zombie drama series which sees the survivors join together in battle to silence the Whisperers; watch it here…

Meanwhile, during the panel actress Danai Gurira confirmed that – as reported back in February – the upcoming tenth season will indeed be her last, with Michonne only set to appear in a handful of episodes:

“I can confirm this is the last season I’ll be on this amazing TV show as Michonne,” said Gurira (via EW). “I would just like to say this has been one of the purest joys in my life. I am very very thankful for the experience I’ve had in ways that I cant even express right now. My heart does not leave… it doesn’t ever end, the connection between us never ends. It was a very difficult decision. It was about my calling and other things I feel called to… as a creator of work. All I’m filled with is a lot of pain about leaving and a lot of gratitude and to all of you. I love you guys. TWD family is forever.”

The panel also offered up some casting news, with Thora Birch (American Beauty) set to portray the Whisperer Gamma, who is said to be fiercely protective of Samantha Morton’s Alpha, and Kevin Carroll (The Leftovers) playing the “resourceful” survivor Virgil, who is desperate to get home. Showrunner Angela Kang also confirmed that the comic book character Dante will be introduced, although he’s yet to be cast:

“We’ll be meeting the character Dante from the comics. He is this roguish, fast-talking, sometimes charming, sometimes annoying guy who can sometimes put his foot in his mouth, but is an interesting presence in the comics,” said Kang (via Comic Book). “He’s actually a love interest of Maggie [in the books]. But in our world, the context is a little different, and he will play an important role in the story in Alexandria. So we’re excited about that.” 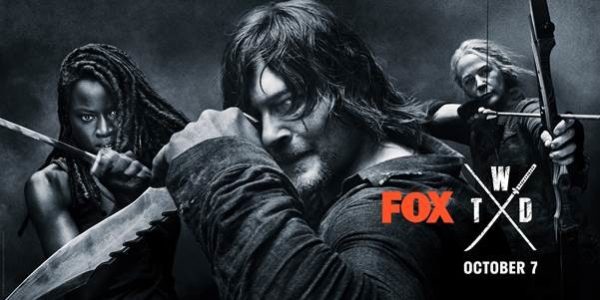