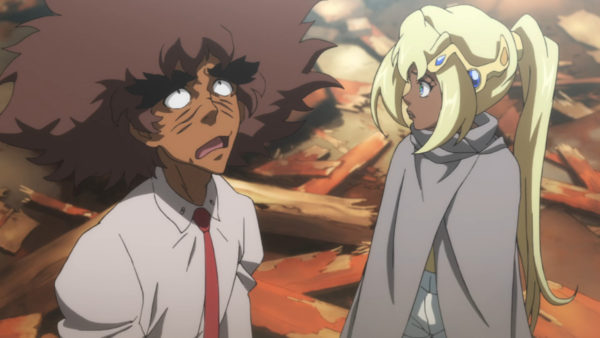 As a huge fan of The Boondocks, I was excited to hear LeSean Thomas heading his own project with Netflix. Starting off as a comic book that turned into a successful Kickstarter, the buzz around his project was kept under wraps for quite some time until news broke that Thomas was going to be releasing his anime exclusively on Netflix.

Cannon Busters is a story about the immortal Philly The Kid who lives his life quite recklessly. He is always drinking, fighting and hitting on women and he can’t seem to be stopped. He’s always being shot at or gunned down and that frustrates his enemies because he can’t die – or at least they haven’t figured out how to kill him yet. Philly meets a bright-eyed, friendly, almost human robot named SAM that needs his help to save her planet and the prince. SAM is accompanied by a genius tech-savvy companion named Casey who happens to be infatuated with Philly’s arcade machine of a car.

Philly reluctantly travels with them to help only to be met by more bad guys, more challenges and more attempts on his life. The more they travel together, the meaner and bigger the bad guys and their weapons get, however Philly doesn’t realize he has the most powerful weapon with him. Unknowingly, his strongest weapon doesn’t realize how strong they really are. The more the more the story unfolds, different fates are revealed for the newly acquainted friends. Philly, always quick to test his fate, has a habit of choosing the wrong option, but that doesn’t slow him down at all. 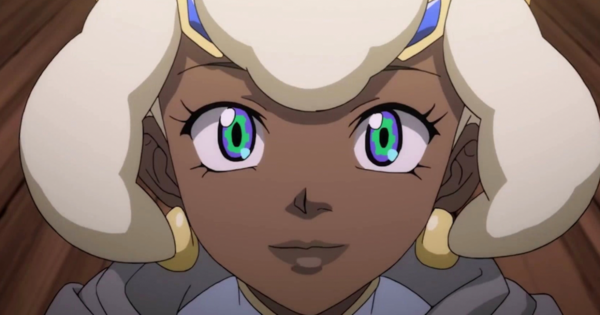 Cannon Busters, stylistically, is a beautiful anime that’s colorful with rich tones and a diverse cast. The soundtrack is catchy and it’s a great mix of metal and whimsical lo-fi hip-hop. Visually, Cannon Busters is a treat for anime fans who look for representation. It has the feel of Cowboy Bepop mixed with Black Dynamite but with a heavy emphasis on the visuals. If you miss the animes of the 90s, you will appreciate this series. Even though the anime is beautiful, the storyline took a while to pick up though. Hopefully next season, the writing will be stronger so it can match the visuals of this beautiful series.