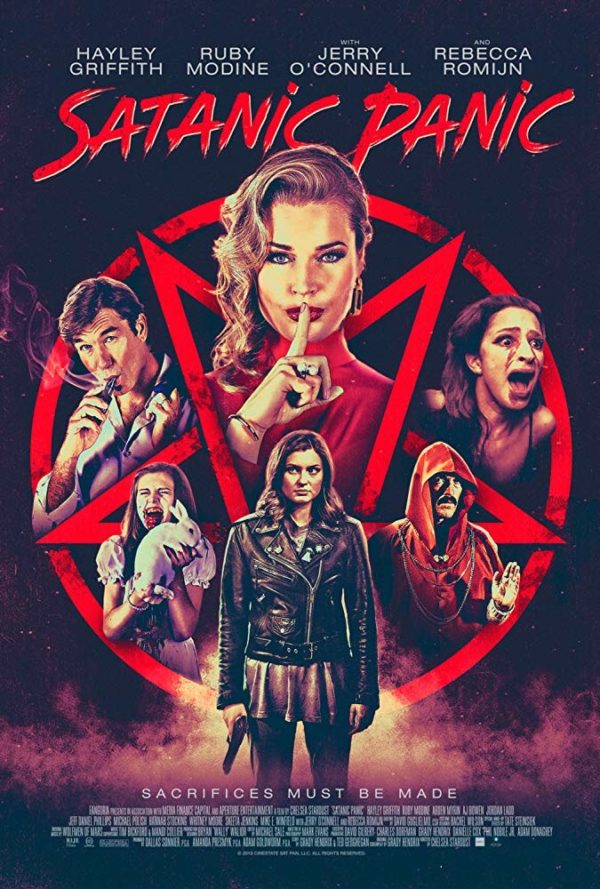 A pizza delivery girl at the end of her financial rope has to fight for her life – and her tips – when her last order of the night turns out to be high society Satanists in need of a virgin sacrifice. 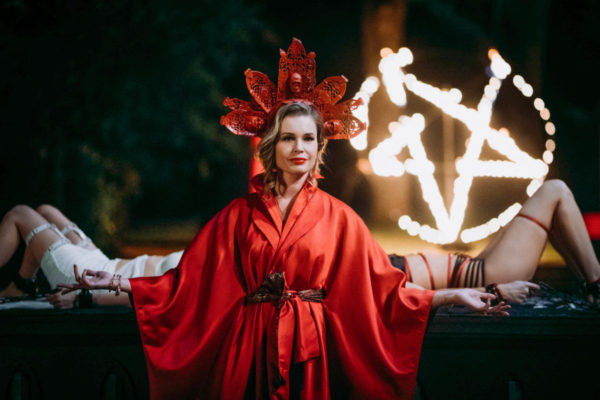 If the opening act of Chelsea Stardust’s nutty horror-comedy lands with an indifferent thud, it’s a rare film that picks itself up for most of its just-entertaining-enough remaining hour. Mileage will likely vary on whether it’s worth slogging through that early passage and putting up with a mildly frustrating ending to boot, but for a time, Satanic Panic finds an agreeably barmy groove and settles in nicely.

When our story begins, cancer survivor Sam (Hayley Griffith) is completing her final pizza delivery for the night, and after being denied the fat tip she expected, enters the property to find a Satanic cult performing a resurrection ritual. The only catch? They’re missing the virgin sacrifice they so desperately need, and are hoping that Sam might oblige them – whether she wants to or not.

Unfortunately, Stardust’s film doesn’t make a sterling first impression, with its overabundance of low-effort one-liners from the jump, scattershot plotting and generally “throw everything at the wall” approach to storytelling. It feels like first pass material that somehow made it all the way to the end of production, though thankfully things uptick significantly once Sam stumbles across the cult.

It’s at this point that Satanic Panic embraces its campy potential, serving up a Sam Raimi-inspired sequence in which Sam is almost murdered by a possessed bed sheet, for example. A few amusing bursts of blood ‘n guts soon follow, while making goofy light of the cult’s rather absurd methodology and confused hierarchy. 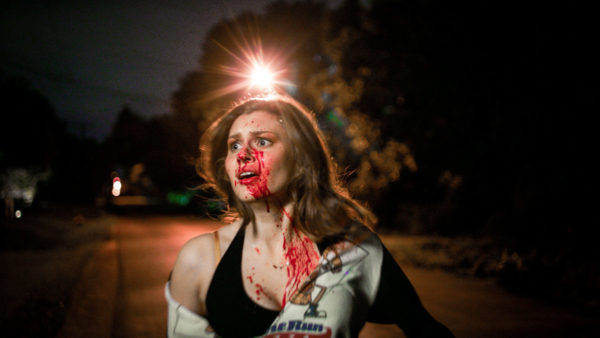 And so, enter Rebecca Romijn, who is clearly having a blast playing the cult’s seductive leader, Danica Ross. Her ice-cool demeanour and hilarious array of putdowns – notably referring to Sam as a “millennial moppet” – allow her to command the screen every time she’s on it.

But eventually the real show-stealer is revealed to be Happy Death Day‘s Ruby Modine, who appears as Judi, a young woman kidnapped by the cult who teams up with Sam in the hope of surviving the night. Modine’s potty-mouthed moxie proves deliciously entertaining throughout, and the film enjoys a major surge of energy the moment she arrives.

Though it’s hardly a functional necessity of the movie, the actress even nails a few grounded, dramatic scenes, imbuing the pic with the closest approximation to pathos it ever achieves. Elsewhere, we have lead Griffith, a likeable enough presence though perhaps undermined somewhat by the relatively bland, generic Final Girl stature of her character.

It’s abundantly clear throughout that Stardust is a literate horror fan, peppering her film with obvious but amusing references to the likes of Halloween – which is invoked in an opening first-person sequence – and The Shining, while Wolfmen Of Mars’ synthy score feels effortlessly ripped right out of an 80s Carpenter movie. 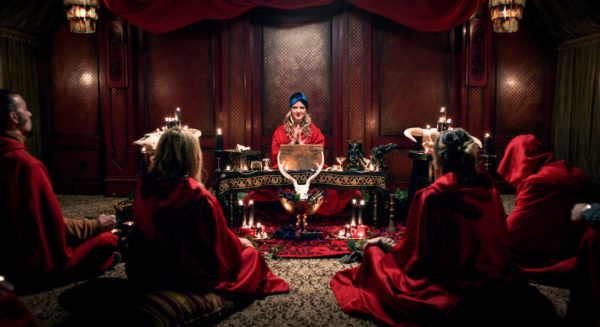 This compensates somewhat for the fairly indifferent direction on the whole; shot selections are generally unfussed and unremarkable, relying instead on the presence of Romijn and Modine in particular in conjunction with the overall peculiarity of the scenario. Though let’s be honest, the movie’s real horror is revealing just how poorly pizza delivery folk are paid in the U.S.

It all leads to an elliptical and unsatisfying ending that creates an awkward bookend of ill quality both preceding and succeeding that more riveting middle hour. It will be up to audiences to decide whether or not the investment is worth it for two-thirds of a decent movie, but at least when it movie sings, it sings with a demented energy that should make it a cult hit with the midnight movie crowd.

Though it neither begins nor ends well, there’s a solid hour of gonzo cult fun in here – if you can accept that trade-off.