From 26th August to 16th September tank commanders will be able to take part in a brand new Battle Royale inspired game mode as part of World of Tanks’ two-month long Tank Festival.  Titled Steel Hunter, this mode comes with new game mechanics, looting and on-the-fly vehicle upgrades that players will need to take advantage of if they are to be the sole survivor.  A new trailer has been released and can be seen below…. 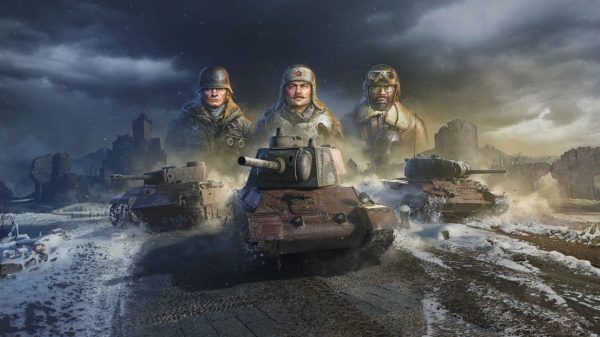 Steel Hunter will bring a whole new map designed specifically for this mode to World of Tanks, the Dreamland map is a large city map that will get progressively smaller with Danger Zones appearing as the battle unfolds.  Twenty tankers will enter the battle solo or 21 in seven 3 player platoons and each participant will have the same choice of three special tanks that they will use in no-holds-barred combat.

During battle, players can cannibalise the carcasses of the destroyed opponents and pick up loot, this will provide Battle XP and can be used to upgrade their tanks on the go via a branching Tech Tree.  There are also special stationary loot points where players can restore their hit points, find ammo or repair modules.

“A fresh challenge in World of Tanks, Steel Hunter shows we’re not done experimenting. Last year, we tested the foundations of this mode,” states Max Chuvalov, Publishing Director, World of Tanks. “Thanks to the overwhelmingly positive response from our players, we decided to build on those foundations and create a fully-fledged mode that will get players even more excited!”

Rewards for participating will include a collection of decals, 2D styles, Credits, Bonds, Medals, Emblems and days of Premium Account, so make sure to take the tour of duty in Dreamland later this month.