Headup and Devespresso Games will be releasing their roguelike fantasy adventure Vambrace: Cold Soul on the Microsoft Store for box One on 28th August and on the Nintendo eShop and Playstation Store on 29th August.  The PC version of the game has recently implemented a wide variety of new updates and these will be included in the console version.  You can see the new trailer below… 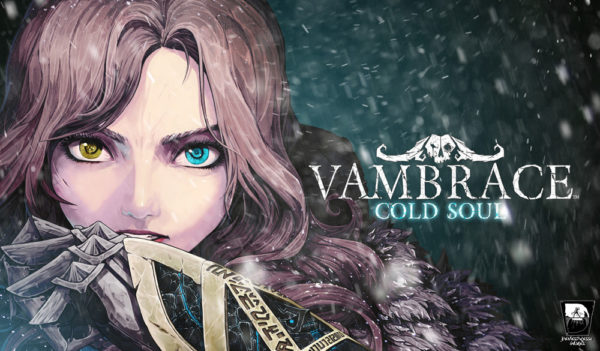 The great city of Icenaire has been cursed by the King of Shades and is under the permanent blight of frost fall.  The deceased inhabitants of the city are now mad wraiths and the survivors hide away deep underground.  The only human capable of entering the city is Evelia Lyric, bearer of the Aetherbrace.

Vambrace: Cold Soul puts players in the role of Evelia Lyric and leads her through a dark gothic horror story that will test their leadership capabilities.  Utilising multi-class party building mechanics, players will assemble a team of unique characters each with their own strengths, abilities and fighting styles.  There’s a variety of items to craft to ensure the team is adequately equipped to face new challenges and threats.

Vambrace: Cold Soul arrives digitally on consoles at the end of the month.