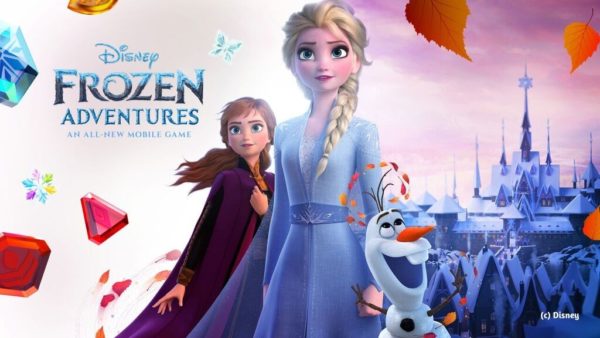 Disney and Jam City have announced that they are bringing Arendelle to mobile devices this November with the new puzzle matching adventure game Frozen Adventures, based upon Walt Disney Animation Studio’s Frozen and Frozen 2 movies.

”We’re delighted to be working with Disney to bring the enchanting world of Frozen into the hands of fans and mobile game enthusiasts globally,” said Chris DeWolfe, CEO of Jam City. “We’ve been working hard to ensure that players can step inside a magical experience to interact with some of their favorite characters and explore the world of Arendelle in a fun puzzle adventure.”

The epic world of Frozen comes to life in Frozen Adventures, a dynamic & captivating new puzzle matching adventure game inviting you to design and decorate Arendelle Castle. Players will join Elsa, Anna, Kristoff, Sven and Olaf as they explore the Kingdom, customize the castle, and immerse themselves in new and familiar locations throughout Arendelle and beyond.

Frozen Adventures will launch on Android and iOS in November, and players who sign up for the pre-registration will get a special in-game item upon release.