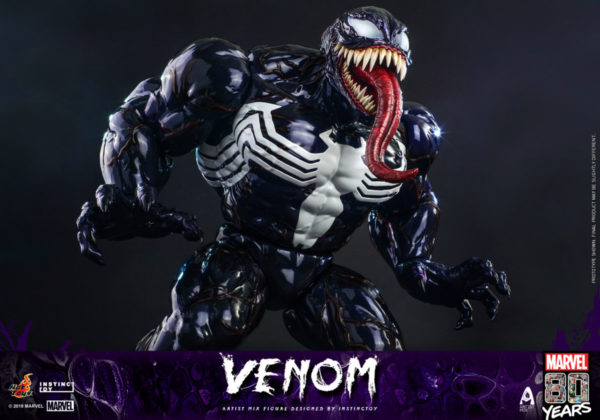 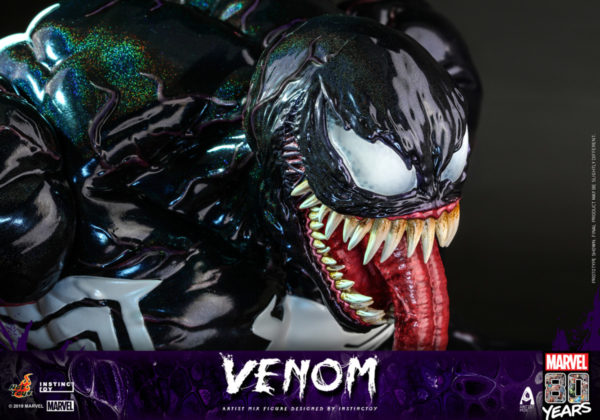 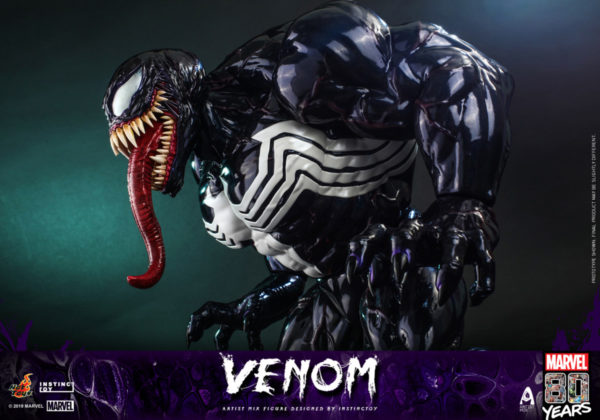 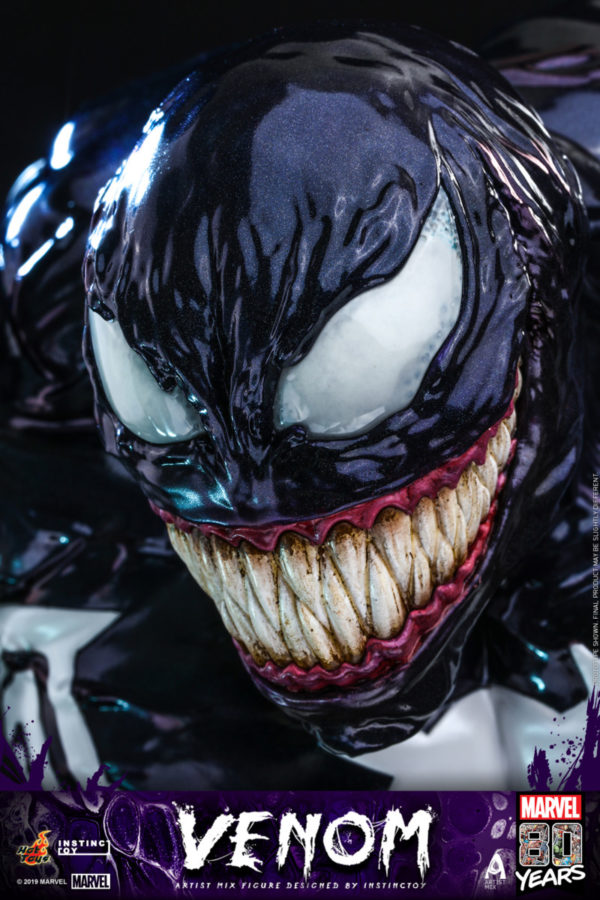 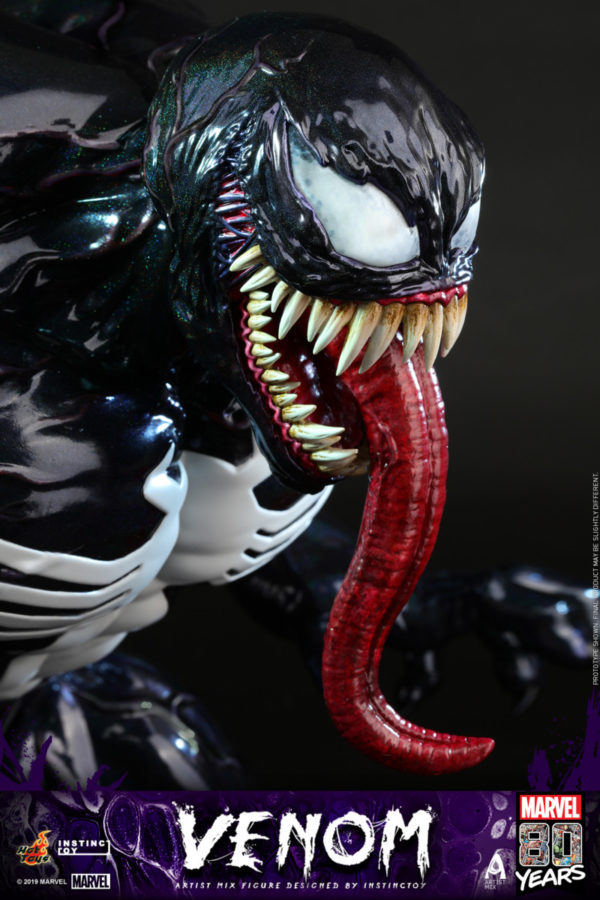 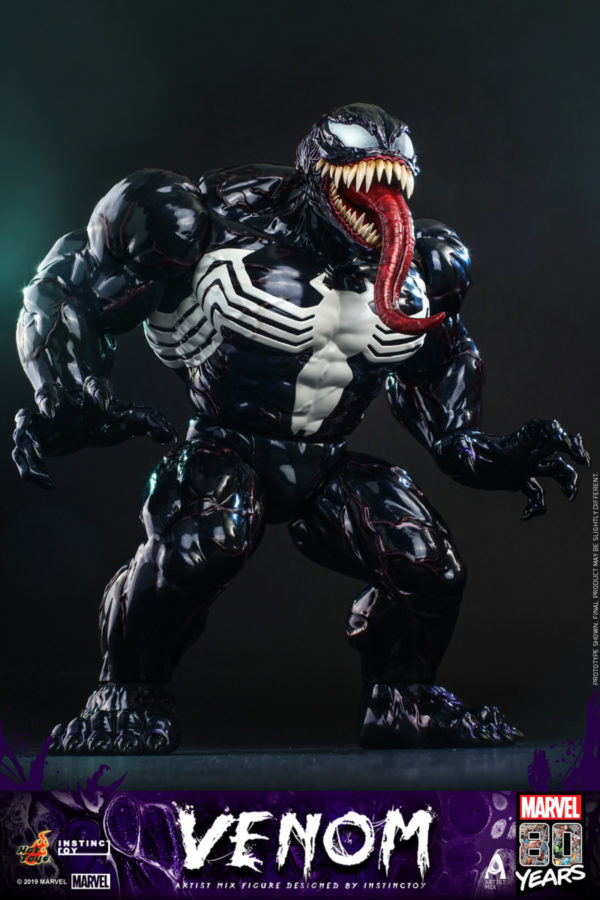 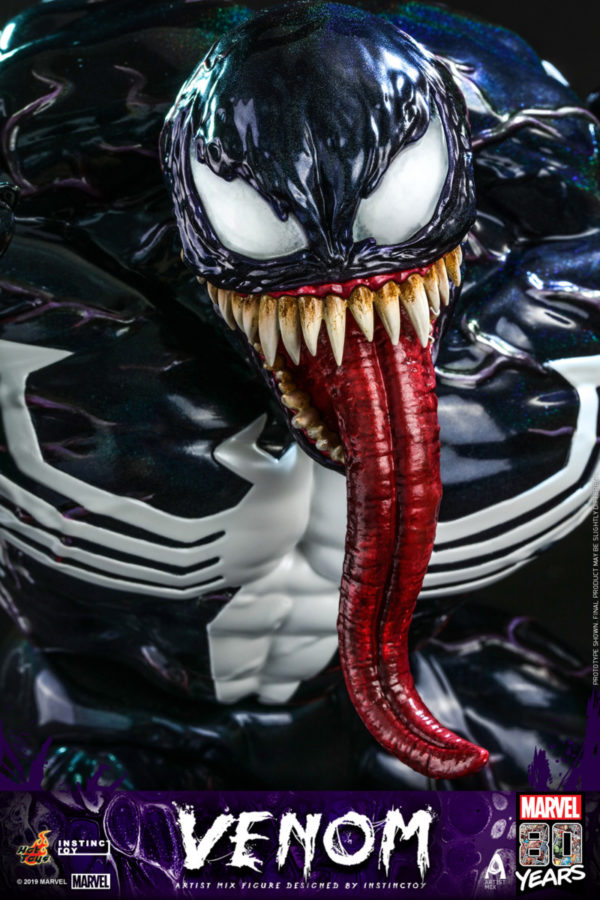 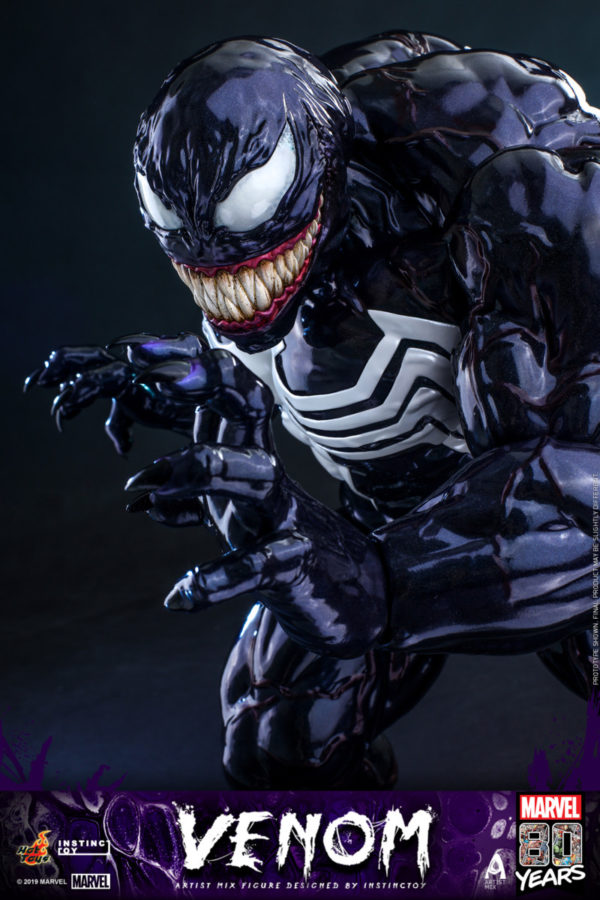 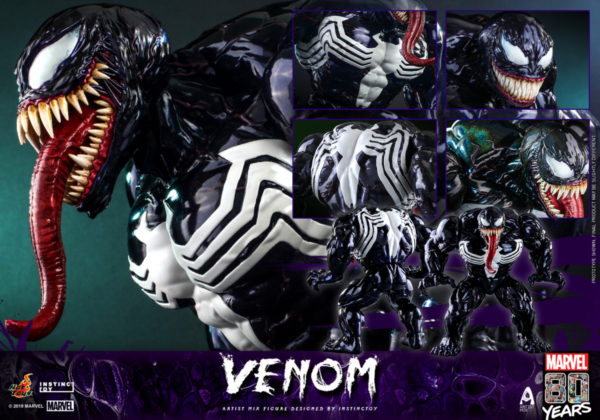 The character is a sentient alien Symbiote with an amorphous, liquid-like form, who requires a host, usually human, to bond with for its survival. After bonding with a human host, the Symbiote bestows its enhanced powers upon the host. When the Venom Symbiote bonds with a human, that new dual-life form usually refers to itself, in plural first person pronouns, as “Venom”.

The vinyl-made Venom Artist Mix Figure is specially crafted based on the appearance of Venom in Marvel Comics. Measures approximately 34cm in height, the re-imagined figure portrays the ominous presence of Venom through his hulking physique, glossy black skin color scheme with reflective blue tones, distinctive web-like patterns in white stretched across his chest, two newly developed interchangeable heads sculpts including a grinning head sculpt and one with his signature long sprawling tongue. Designed to be a semi-articulated body with the ability to perform head, wrist and ankle movements.