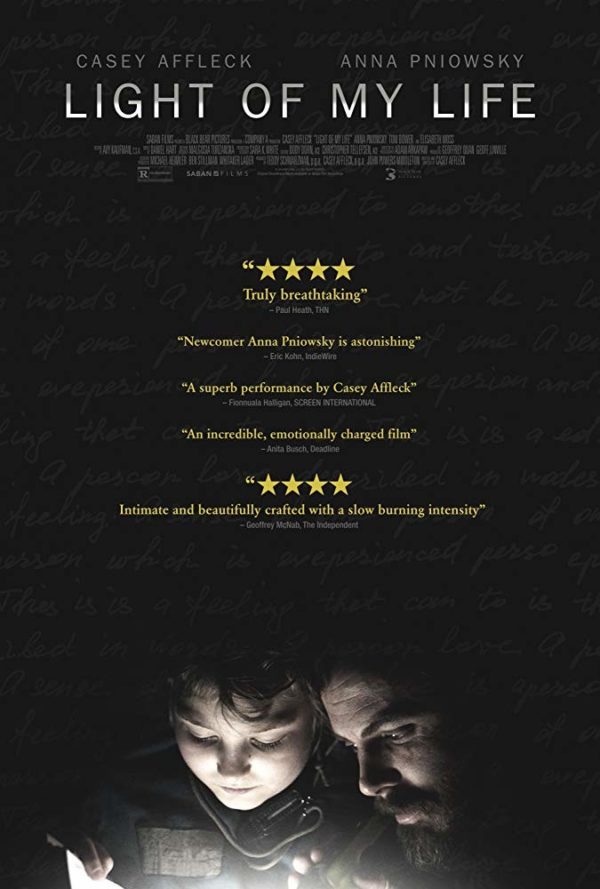 Parent and child journey through the outskirts of society a decade after a pandemic has wiped out half the world’s population. As a father struggles to protect his child, their bond, and the character of humanity, is tested. 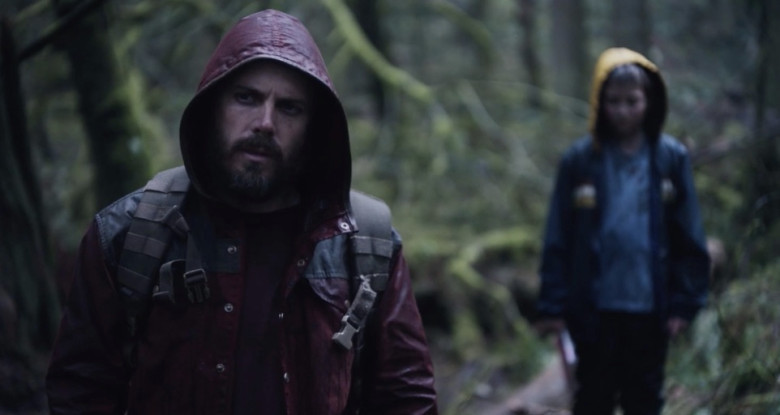 Light of My Life is the sort of film you feel you should admire. It’s not here to provide entertainment, per say; rather meditations on human behaviour when challenged by difficult circumstances. That’s not to say it’s entirely – or annoyingly – worthy, but it does have a tendency to slip into indulgence. Its ponderous opening, for example, is over 10 minutes of the unnamed father (Casey Affleck) telling his daughter Rag (Anna Pniowsky) a rambling version of Noah’s Ark. The point is to carefully reveal that she might be the last of her species, but it takes too long to get there. It’s also a bit of a risky move at the beginning of a film that runs for just shy of two hours.

The premise of Light of My Life is intriguing enough, if not necessarily original: it’s a post-apocalyptic event survival story, set in the aftermath of a pandemic that targeted – and almost wiped out – the female population. Rag was born just as the disease was winding down. The father-daughter duo must navigate this new, unforgiving environment, all the while keeping her true gender under wraps. It seems men in this world can’t be trusted, which is a depressingly harsh message – and one that sits rather awkwardly, considering the allegations Affleck faced of sexual harassment on the set of his directorial debut, I’m Still Here. 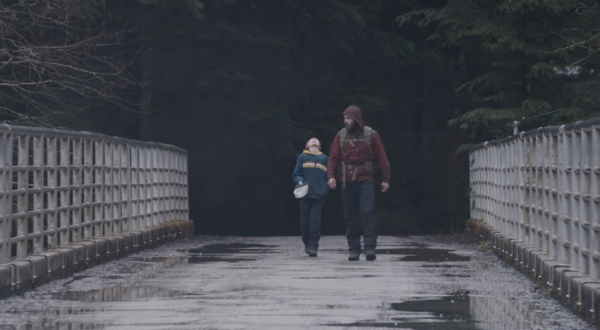 Separating Affleck from his troubling past behaviour – if you want to – he is no doubt a masterful actor, to which most of his performances attest – including this one. He always seems at his best when playing characters with the weight of the world on their shoulders. Here, his intense anxiety over the safety of his daughter sees him struggling to give her much of a childhood while also reluctant to allow her to grow up in any way. After visiting a library in a remote town, he is prompted into giving her a puberty talk. Although this monologue rambles too, it serves the purpose better, as he tries to put into words sex and periods for his eleven-year-old daughter (not very well). The circumstances may be extreme, but it’s an engaging and relatable scene.

Anna Pniowsky makes an incredible debut as Rag, ably – and very naturally – acting opposite Affleck. Although they do encounter some others along the way, the vast majority of screen time is solely taken up by them. Light of My Life’s stripped back, quiet and muted style fits the intimate story well. Cinematographer Adam Arkapaw also interjects sweeping plains of snow and scenery, alongside haunting, sparingly used music from Daniel Hart. 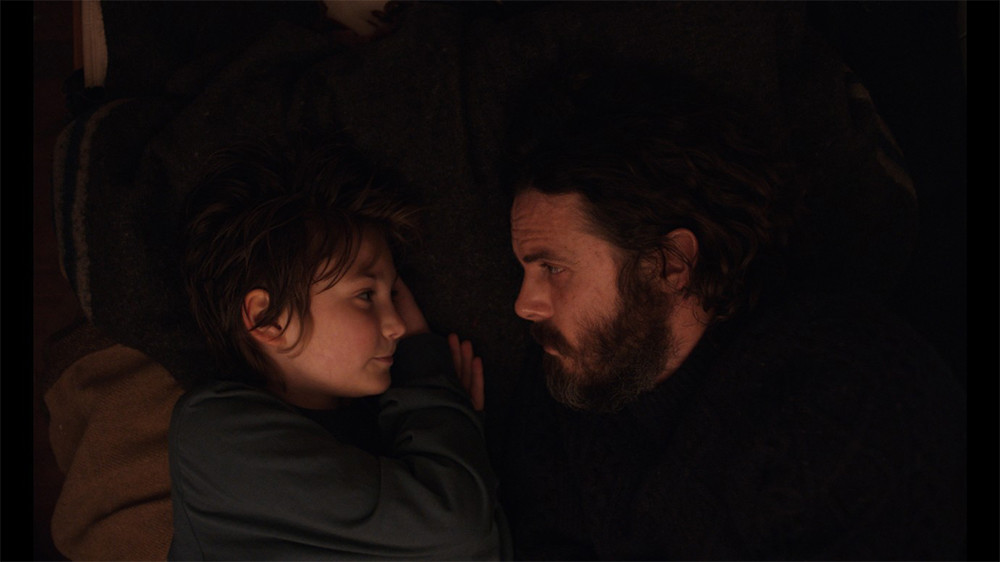 After dawdling along for well over half of its length, the film does gather some momentum as Rag and her father come into contact with other humans. The last 15 minutes or so are particularly gripping, leading up to a well-deserved dramatic pay-off for Rag – but it took its sweet time getting there.

Light of My Life has flashes of a film that could appeal to all, but ultimately its slow-burn nature will divide audiences. For some it’s absorbing and brooding, but for others it’s too indulgent.