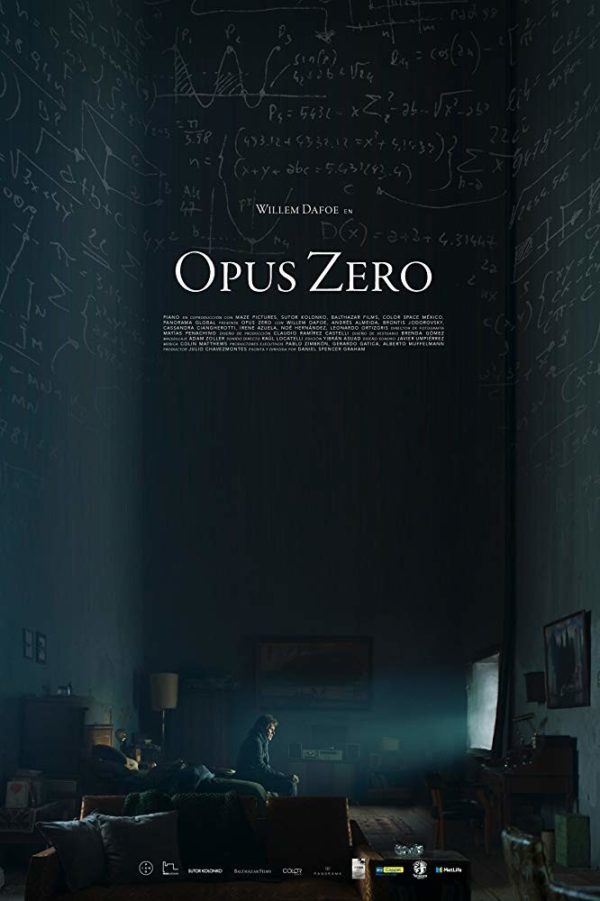 After missing his father’s funeral, Paul (Willem Dafoe) visits the Mexican village where he lived while continuing to work on an unfinished symphony. Opus Zero is a movie stuck on the cusp. As much leeway as your inclined to show it, Daniel Graham’s feature film debut keeps veering off until the end result is impenetrable beyond a preoccupation with death. It’s not that death isn’t present from the beginning (presumably Paul is in Real de Catorce because his father died, and he missed the funeral) but every time the film comes close to zoning in on a subject, it changes topics again.

Admittedly, Opus Zero never expresses any interest in tackling Paul’s relationship with his father, yet you can imagine a version of this film that would. You can also imagine a version where Real de Catorce is the focus, since Paul ends up interviewing a few of the locals around town and there’s a documentary crew that arrives to film in the area.

Opus Zero does have a mind to explore Paul’s work as a composer… that is, until the film is subverted by Paul’s search for a missing woman. His father sent him a photo of her, yet while he knows her name and nationality when he first starts asking around, Paul later claims he knows nothing about her.

For being a composer, the only time we see Paul at a piano is when he’s taking one apart, but music plays a curious role in this movie, particularly in the way it’s not always obvious which songs are underscore and which are diegetic. Colin Matthews wrote the original pieces and at times it feels like the characters are being played off at an award ceremony. It’s hard to tell what they’re saying over the music, but they’re not at a club, and the volume isn’t an artistic flourish but actual records being played for the characters on-screen. The other kind of record is important in this movie, too. Paul talks about “wrestling with history” and how “…to understand silence is to accept that it doesn’t exist…” yet he also claims that the symphony he’s working on is “an attempt to express, in musical terms, the idea that a person can never entirely disappear.” Graham is certainly trying to foster debate with this movie but even if that’s the actual purpose of Opus Zero, the film distracts from that purpose by not giving viewers something to think the film is about, before sending them into philosophical freefall.

It’s like how the documentary crew keeps telling people to act naturally, ensuring they won’t in the process. Opus Zero requires viewers to have an open mind – to listen and be receptive to silence, like Paul – but then teases us with a more familiar narrative that never arrives. All the beautiful shots of Mexico in the world can’t save this movie from frustration. A mystery film might’ve been more generic, but it would’ve been more gratifying.