Pet Sematary Two was cobbled together by Paramount solely due to the first film’s surprise box office success – grossing $57.5 million against a $11.5 million price tag – and surprisingly enough, original director Mary Lambert even opted to return.

In every sense the sequel is a bizarre pivot of a follow-up, offering up cursory nods to the original film though largely leaping off to tell an entirely new story centred around reanimating the dead with disastrous consequences.

A tonal nightmare if there ever was one, Pet Sematary Two starts off like one of the hundreds of listless me-too sequels, taking a more severe and less-campy tone than its predecessor, before a mid-way shift finally sees the material hit the right demented stride.

In an attempt to exploit his recent success with Terminator 2, Edward Furlong is cast here as young protagonist Jeff Matthews, who moves with his sad sack father Chase (Anthony Edwards) to Ludlow, Maine, where they soon enough find themselves crossing paths with the titular locale.

To its mild credit, this sequel is at least far more competently acted than its predecessor – Furlong’s anguish at his mother’s accidental death is palpable, and Edwards bring his usual everyman likeability to the fore (even if his character’s parenting could use some work). But this film belongs in its every essence to Clancy Brown, who gives the movie’s single genuinely great performance as Gus, the authoritarian step-father of Jeff’s best bud Drew (Jason McGuire). 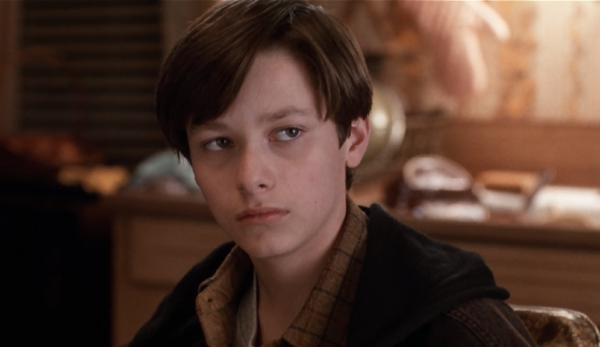 Gus’ deliciously contemptible quality is pivotal in making the film’s really quite daft tonal shift work; because once Gus is accidentally killed and brought back to life courtesy of the pet cemetery, Brown is sculpted into a crudely compliant ideal father figure for Drew. A scene involving a dickhead school bully and a dirt bike wheel strikes just the right sickly funny tone, and even as a scattershot black comedy of sorts, it actually feels like the film has something to say about fractured family dynamics.

Again, the tone isn’t at all consistent with the original film or really with itself either (was that rape scene necessary?). It’s less unintentionally funny throughout than its predecessor, but dials up the silliness considerably in its second half, with a barmy she-wolf sex scene and increasingly erratic musical choices which suggest Lambert was desperately trying to dine out on the grunge boom of the early 90s.

If Brown holds most of the movie’s back-half together, it’s disappointing that the finale largely steps away from his character, resolving as a bit of a bore ahead of a comically abrupt conclusion. Better-acted than the original and not without its perverse charms – mostly of the Clancy Brown variety – but a shameless cash-in sequel for the most part.