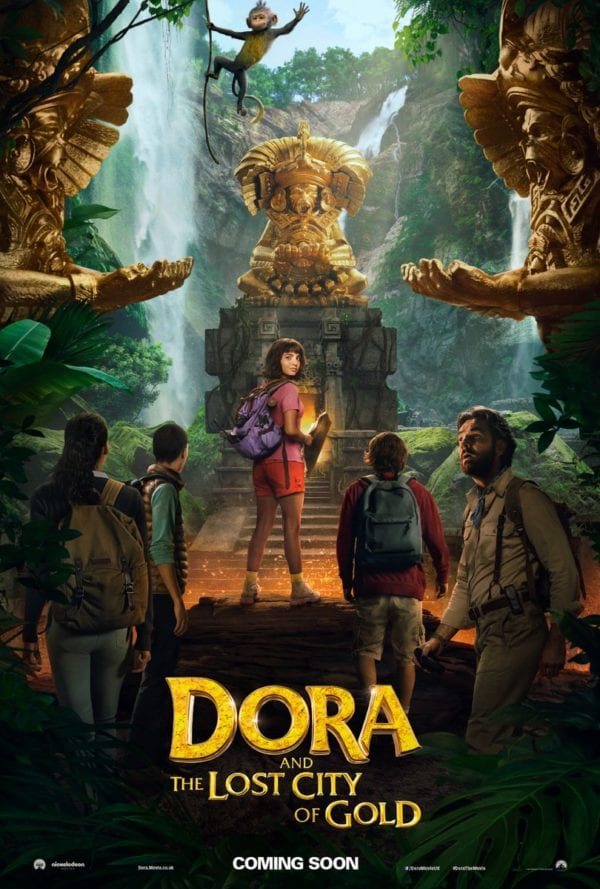 Dora, a teenage explorer, leads her friends on an adventure to save her parents and solve the mystery behind a lost city of gold. 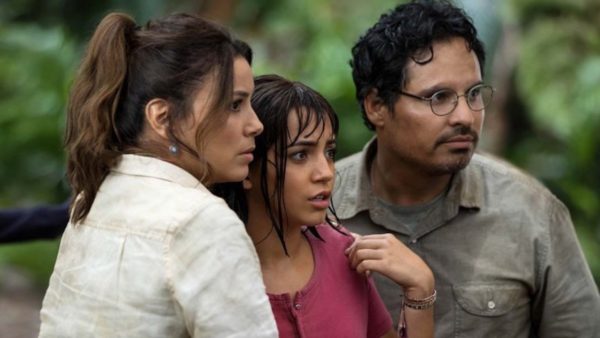 The smartest creative decision for Dora and the Lost City of Gold isn’t wisely turning the beloved cast of animated children into live-action teenagers, although it is an intelligent approach to adapting the long-standing popular cartoon. What really makes this movie pop is the commitment to maintaining Dora’s overly cheery and bubbly personality, her unwavering optimism, and her happy-go-lucky excitable be yourself attitude that seems like it shouldn’t work utilizing real people (or at the very least would get annoying quickly). Nevertheless, Isabela Moner (the talented and rising young actress that turned in a winning performance in last year’s heartfelt comedy Instant Family) encapsulates all of the above perfectly.

After a short introduction depicting Dora and Diego as young children playing make-believe adventures in the jungle (complete with some pleasing cameos as a result of their vivid imaginations), the proceedings jump forward 10 years. Dora’s parents (played by Eva Longoria and Michael Peña respectively) are heading off on an exploration believing to have finally found the titular lost city of gold, whereas Dora herself is all set to make a huge transition from the rain forest to a California high school reuniting with Diego (played by Jeffrey Wahlberg as a teenager) who left for America as a child. Elaborating on the opening sequence, it functions well beyond setting up our characters, also giving viewers a healthy dosage of nostalgia right up front that elicits smiles right from the get-go, especially as the remixed theme plays over the kids’ antics. It’s a stage setter for exactly what Dora and the Lost City of Gold is; something familiar told from a new perspective. 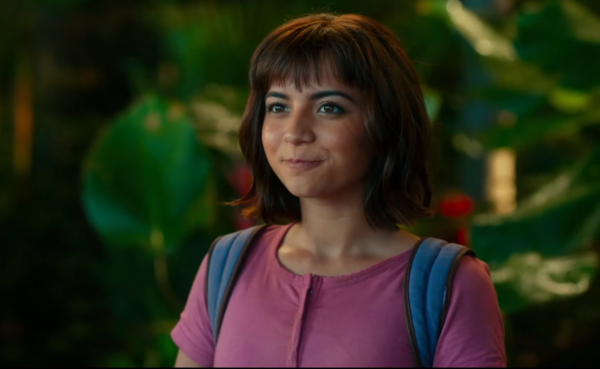 Those looking for a family-friendly adventure will certainly get that, but strangely enough, some of the best scenes in Dora and the Lost City of Gold come from the fish out of water humor at the high school. Dora is equipped with more random information and knowledge than the rest of the school combined, but she also has no idea how to socially interact with teenagers let alone anyone that isn’t an animal. To her, a high school is a place full of indigenous people. As a result, there are numerous scenes where she embarrasses herself (and also Diego by relation, who no longer cares about adventuring and now acts as your standard teenager) that are amusing and genuinely affecting considering how easy it is to want Dora to be liked by her peers.

There are two other important classmates to the story; a brainiac girl named Sammy that is offputting and rude to the rest of the students including Dora who she is more like that she understands, and a total dork named Randy. The four children are kidnapped during a school field trip to the museum, setting in motion the actual adventure and rescuing of Dora’s parents, all as the unlikely crew is assisted by Alejandro (Eugenio Derbez in full-on slapstick comedy mode here) as a friend of the parents looking to bring everyone back together. 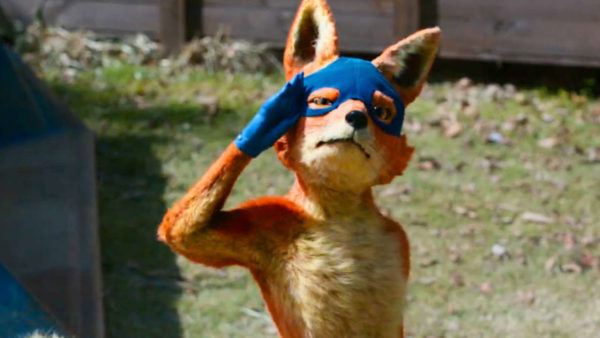 What ensues might not necessarily be captivating from a production design standpoint or special effects, but director James Bobin (most known for helming various Muppets movies) takes the characters on a perilously entertaining journey that plays like an educational Indiana Jones and later on when puzzles become more prevalent, reminiscent of the Uncharted games for youngsters. Dora’s trusty companion Boots the monkey is also present as is Swiper the masked fox (voiced by an energetic Benecio del Toro who makes the talking animal just as excited to guard a door as he is acting out his kleptomaniac tendencies), and even though the CGI on them is questionable at best with their very existence in a live-action adaptation seeming out of place, they do add to the fun. Their presence feels shoehorned in more than anything, but it’s easy to argue that it wouldn’t be Dora the Explorer without them. The film does not coast off of just nostalgia though; the characters are likable and each gets their own big moment to save the day in some fashion. And no spoilers, but there is a scene involving toxins; it’s flat-out brilliant and worth the price of admission alone.

Admittedly, there are a few annoying aspects. Some of the comedic bits frustratingly rely on toilet humor, the story itself is fairly predictable, and for as fun as it is, it never rises above being anything more than just that. Still, Dora and the Lost City of Gold is a treasure for those that grew up watching the cartoon, and perhaps, more importantly, will prove to be accessible and a blast for younger audiences unfamiliar with the explorer heroine. Let’s hope Swiper doesn’t swipe the paperwork for a sequel.