As revealed by Core of Movies on Twitter, Disney and Lucasfilm are set to issue Blu-ray and DVD re-releases of the first ten movies in the Star Wars saga to coincide with the upcoming arrival of Star Wars: The Rise of Skywalker.

As you can see above, the re-releases cover all ten films – The Phantom Menace, Attack of the Clones, Revenge of the Sith, Solo, Rogue One, A New Hope, The Empire Strikes Back, Return of the Jedi, The Force Awakens and The Last Jedi – in matching packaging with new artwork.

Given the lack of fanfare surrounding the re-releases, it seems safe to assume that these re-releases will be the most recent Special Edition version of the Original Trilogy, rather than the original, unaltered versions that so many Star Wars fans are craving.

Who knows, maybe we’ll get those with the inevitable Episodes I – IX box set… 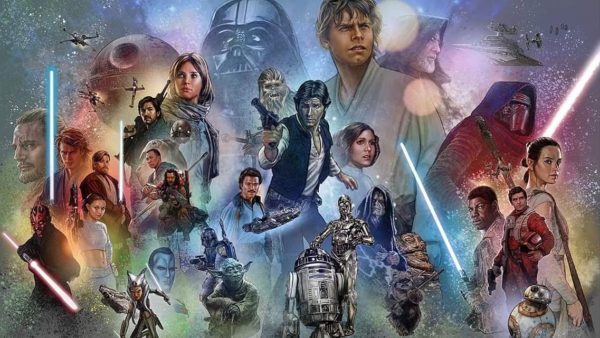