Avengers: Infinity War and Avengers: Endgame writers Christopher Markus and Stephen McFeely have revealed that Infinity War was originally set to feature an appearance from the cosmic Marvel entity The Living Tribunal. 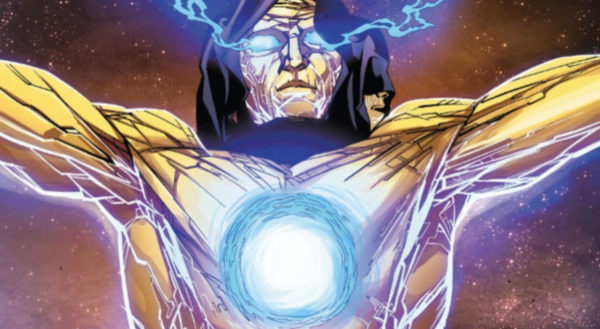 Created by Stan Lee, Marie Severin and Herb Trimpe and debuting in a Doctor Strange story in Strange Tales #157 in 1967, The Living Tribunal is the supreme power in the Marvel Universe, who serves as overseer and judge of the various realities in the multiverse.

“[Kevin Feige] wanted to make sure we didn’t lose the sort of psychedelic aspect of the ‘Starlin-verse,’ where people travel inside their eyeballs and things like that,” said Markus. “And so we stuck the Living Tribunal in the movie. [As] Thanos and Doctor Strange came to blows, Doctor Strange blew Thanos’ mind and sent him through the mindscape.”

“[The] idea was that [Thanos is] sort of zipping through the universe being presented with all of his many, many crimes,” added McFeely. “So bodies are being thrown at him, he lands and things turn into bodies, hands are grasping at him, and it’s just really kind of grim. And at the end he gets dumped in front of the Living Tribunal who judges him guilty. It was great.”

Despite being high on the sequence, the decision was ultimately made to cut the character from the script, with Markus stating: “When you introduce the idea of the Living Tribunal, it does open up a whole new era. I don’t know if my grandmother would understand that. Also, if that guy exists, why is Thanos a problem? Just have him smack him around a little bit.”

Would you have liked to see The Living Tribunal making an appearance in Infinity War or Endgame? Let us know your thoughts in the comments or tweet us @FlickeringMyth… 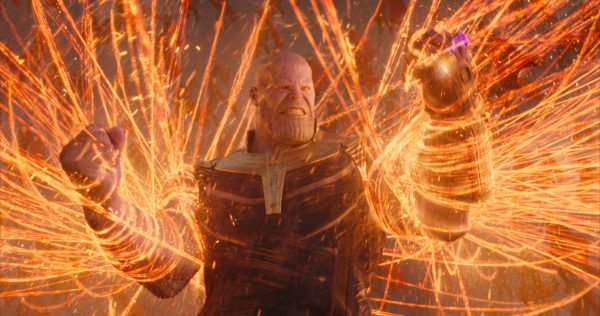