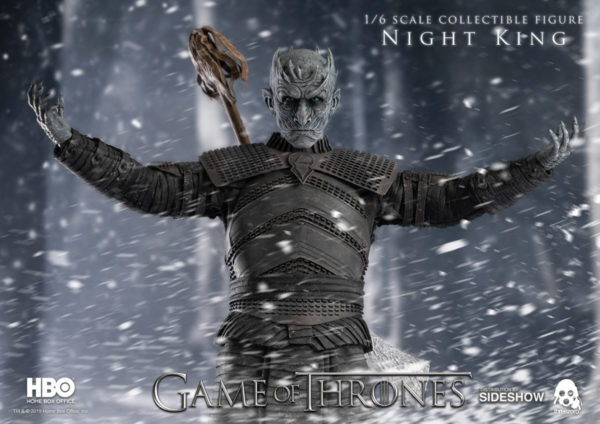 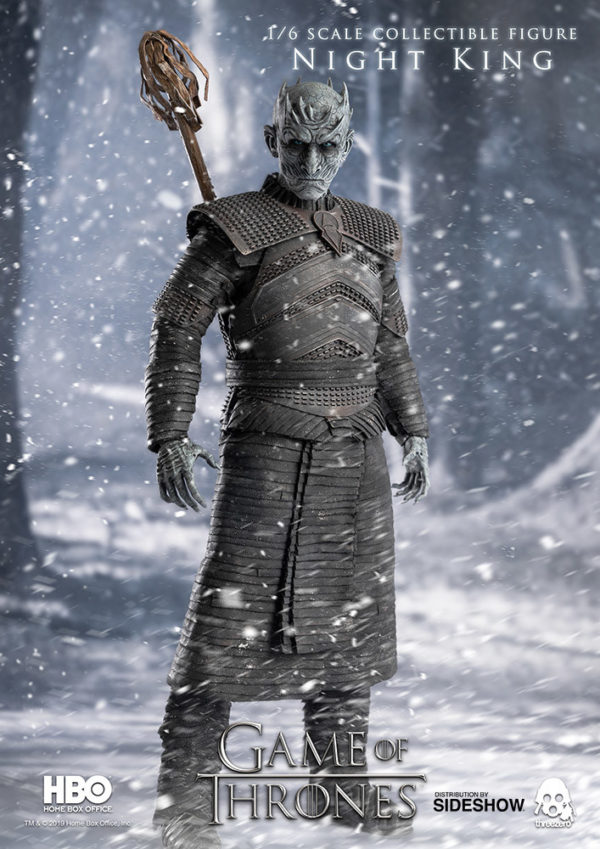 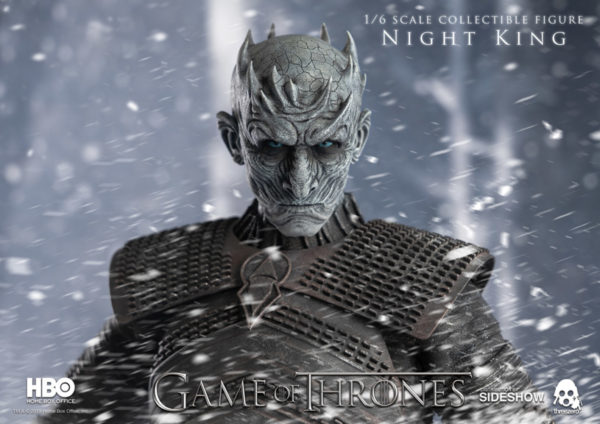 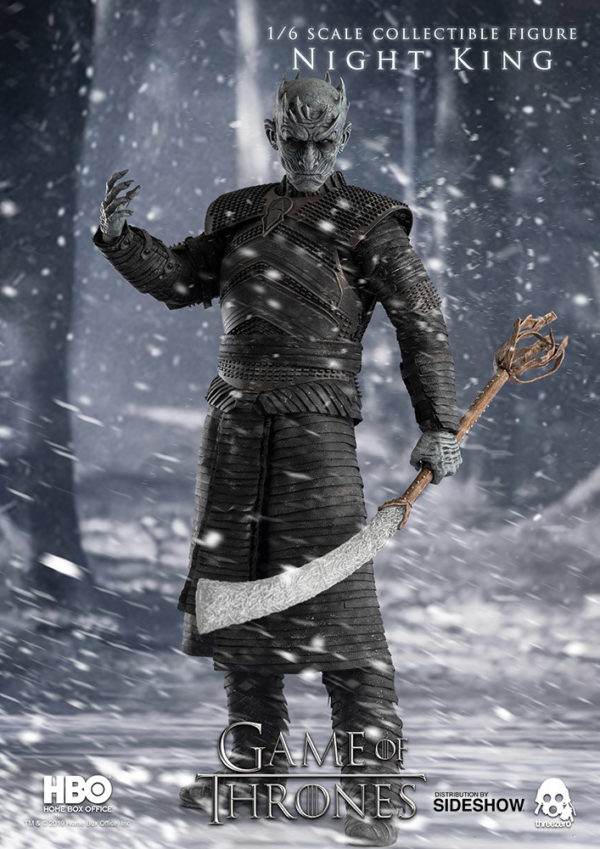 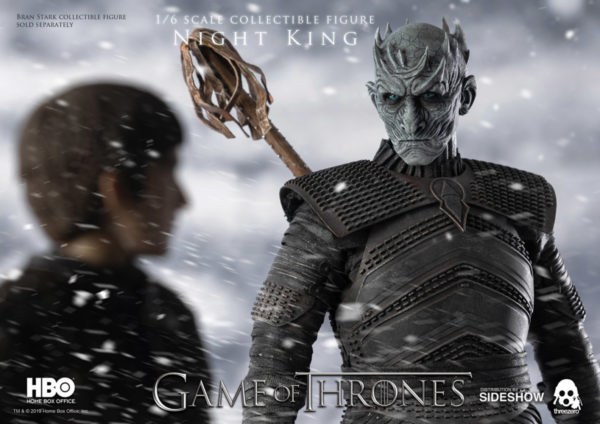 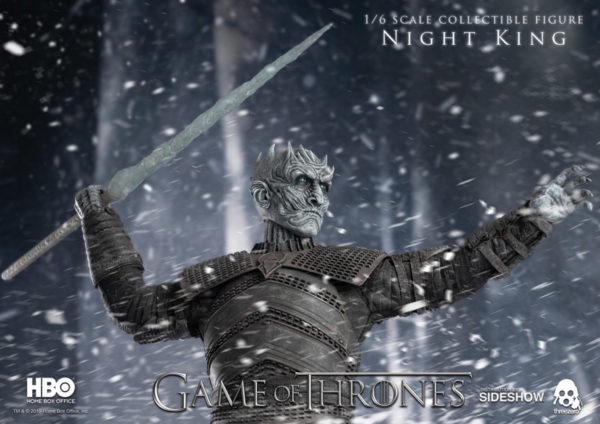 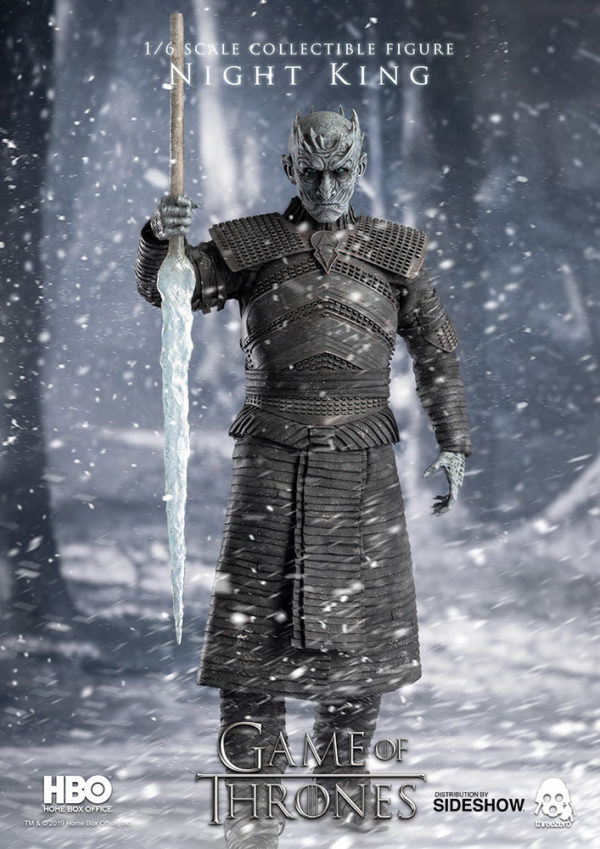 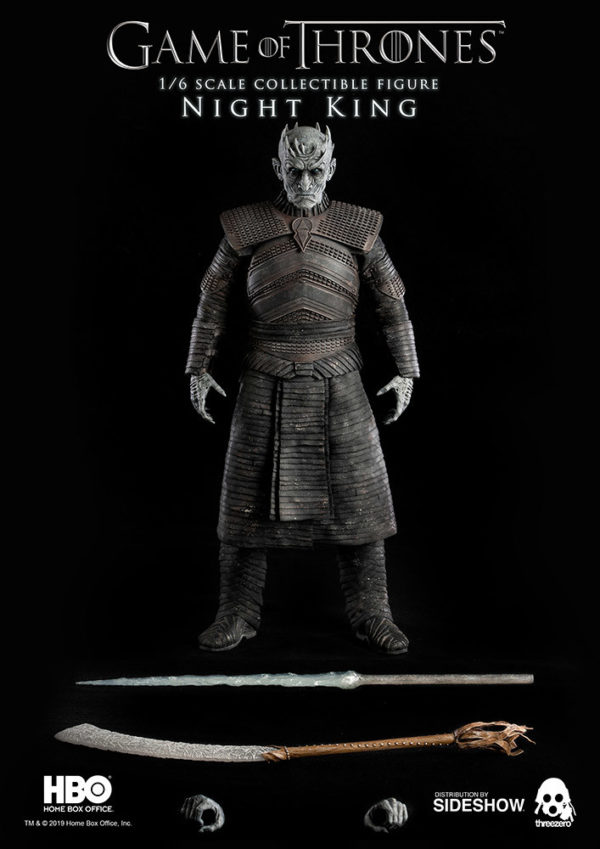 “The true enemy won’t wait out the storm. He brings the storm.”

The Night King Sixth Scale Figure stands approximately 13″ tall and features a highly realistic likeness of the Night King from the television series.

Don’t miss your chance to add the Night King to your Game of Thrones collection!