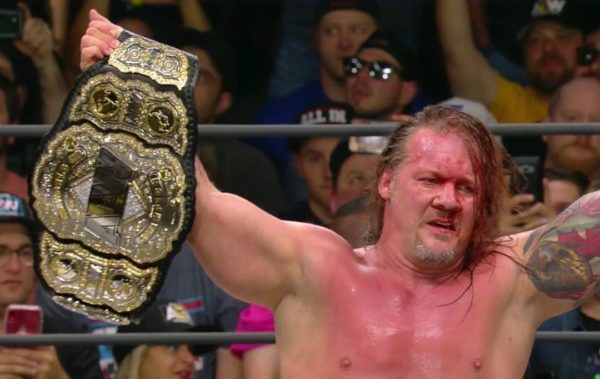 In a shocking twist to cap off a great night of All Elite Wrestling, Chris Jericho made history again by becoming the first AEW World Champion at AEW ALL OUT.

This win comes after a grueling match with Hangman Adam Page, the young up-and-comer that many expected to win. The two brought out the best in each other during this nearly 30-minute match, many believing it was Jericho’s best match of 2019 and one of Hangman’s career-best.

The match easily could’ve gone either way with the action being back-and-forth for most of the bout. But the veteran Jerich was just a few steps ahead of the younger wrestler, coming in at the last minute with his new finisher – the spinning back elbow Jericho calls “The Judas Effect.”

Some online were upset by this decision as people weren’t happy with an older former-WWE wrestler being the first champion in a company built towards the future. Adam Page is a star, and this could’ve been his coming out party. Other believe that Jericho is the right man to get people to tune in when AEW makes its big television debut. 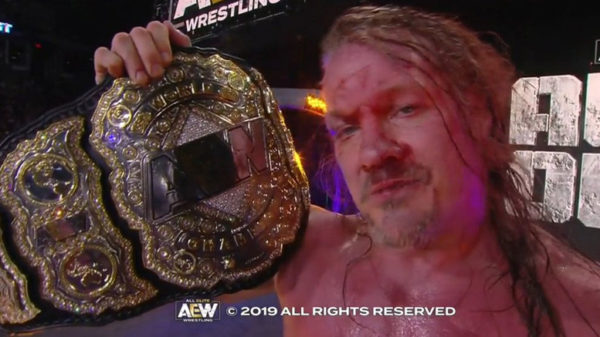 What does this mean for All Elite Wrestling and the company going forward? The title win guarantees that Chris Jericho will kick off their television debut in fashion with gold around his fast and a microphone in his mouth.

Will you be tuning into AEW on TNT or ITV when it starts this fall? Let your feelings known in the comments below, or by reaching out to us on Twitter at @FlickeringMyth…