Boom! Studios launches its official prequel tie-in to the new Netflix series The Dark Crystal: Age of Resistance this coming Wednesday, and you can take a look at a preview of the first issue here; take a look… 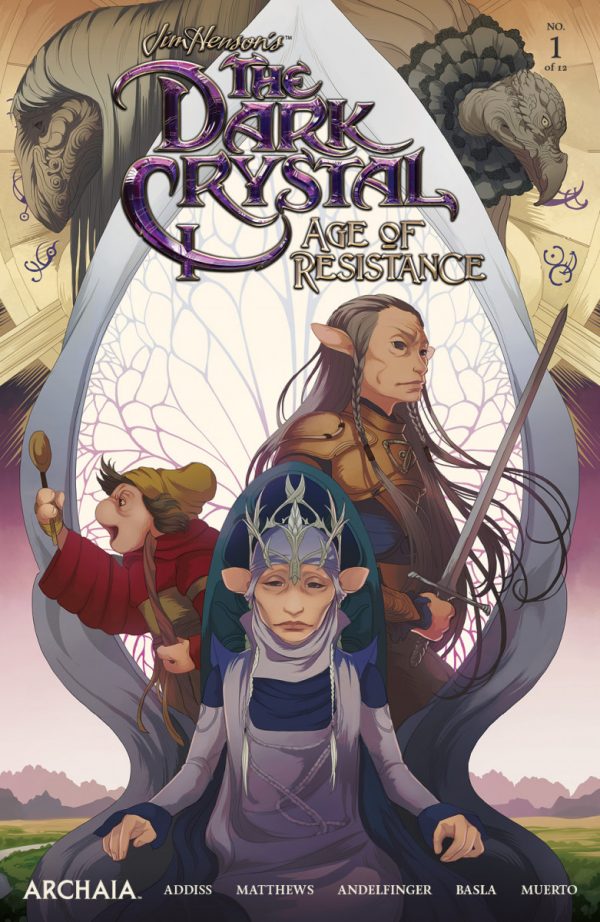 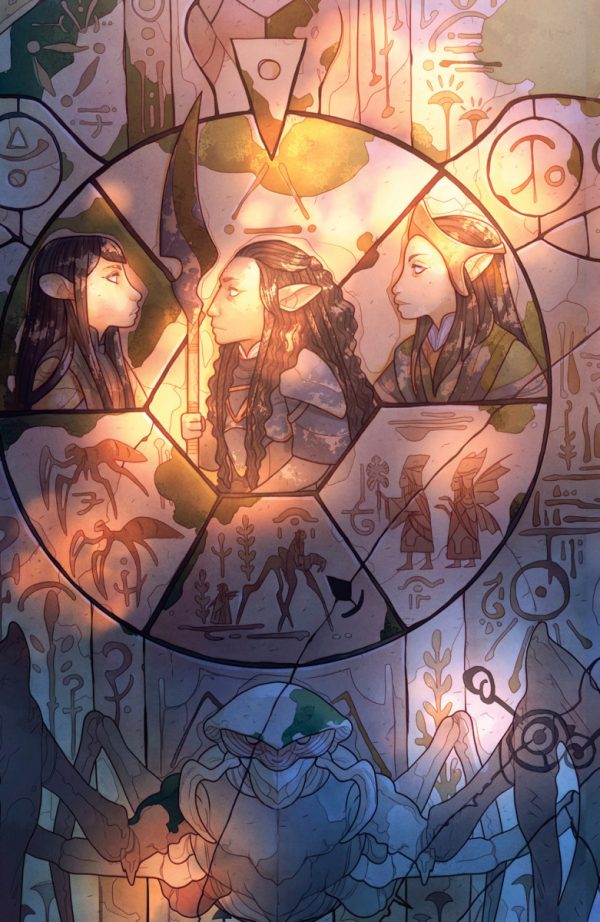 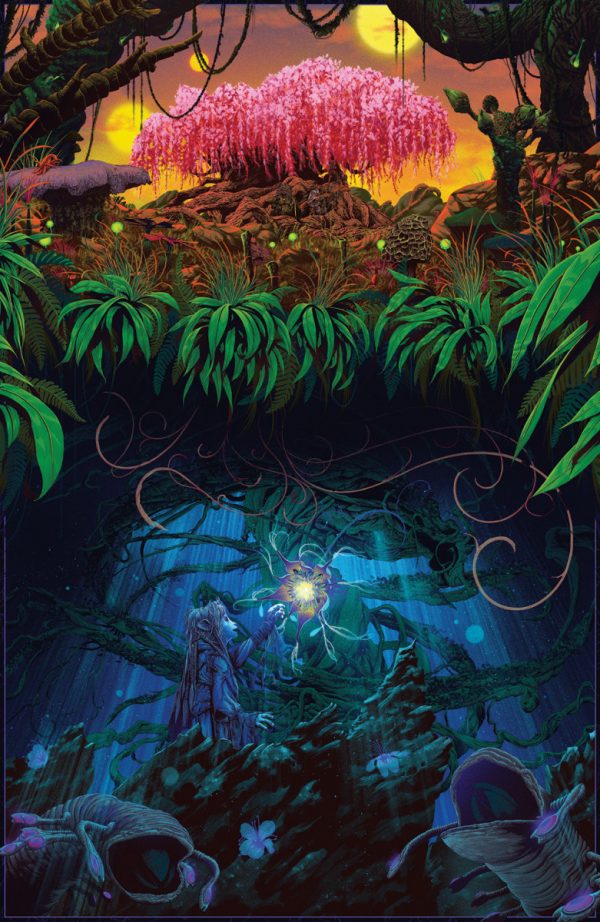 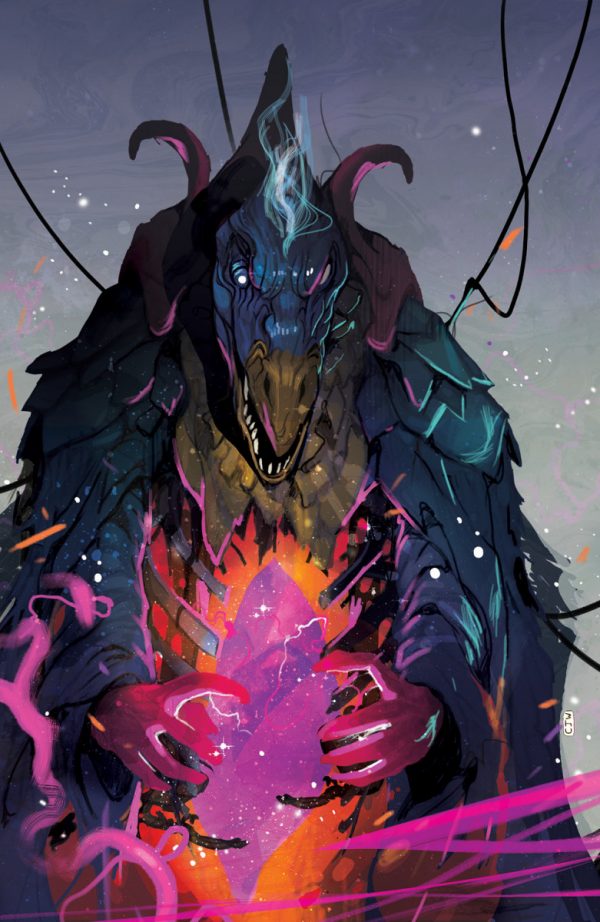 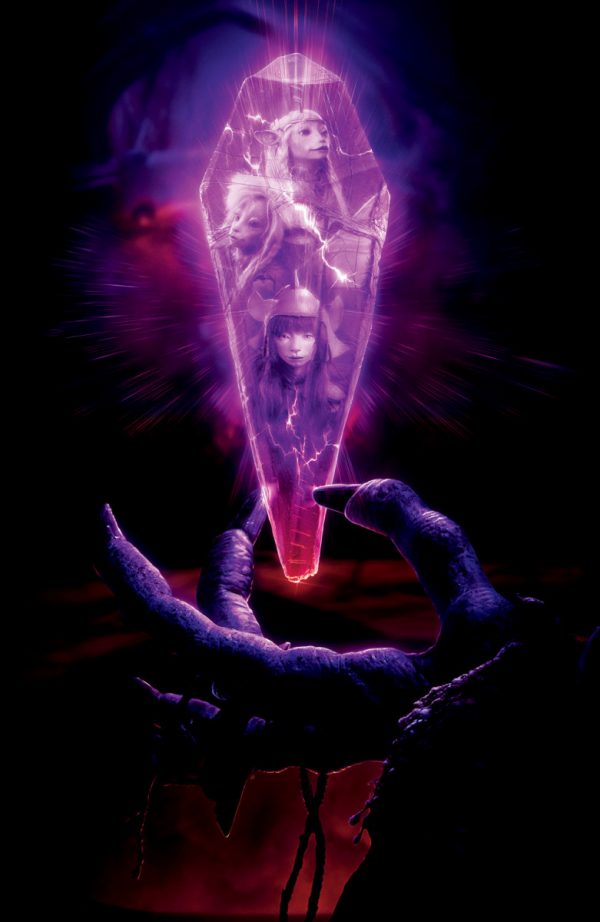 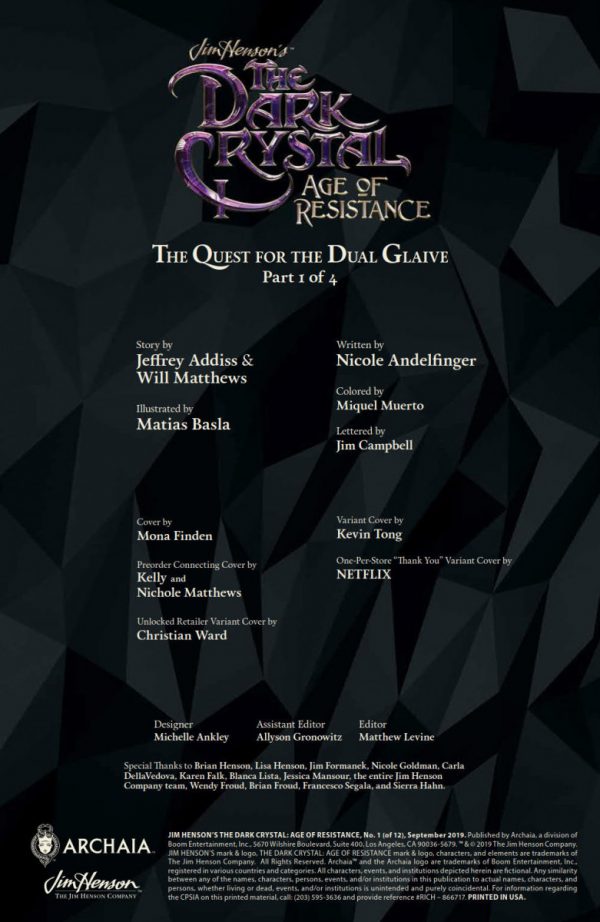 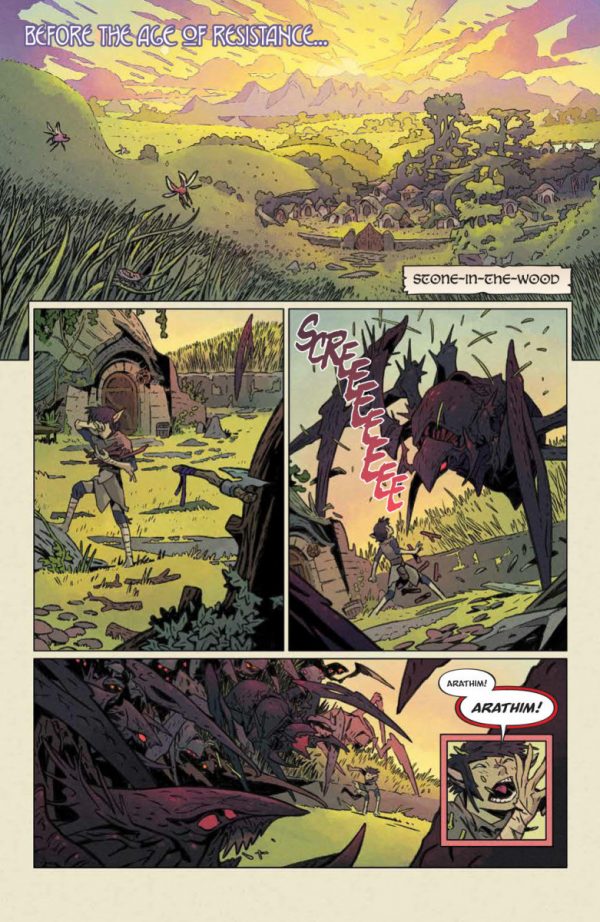 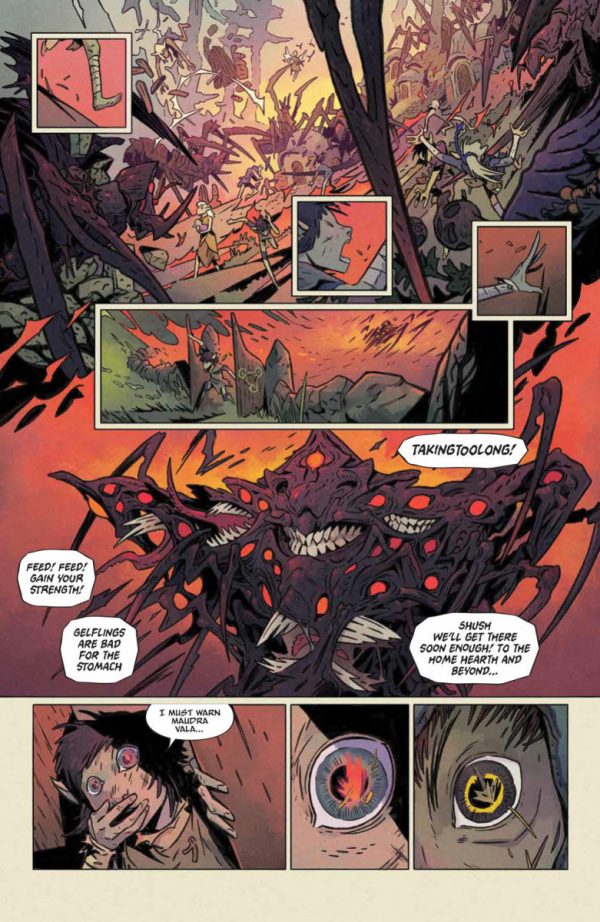 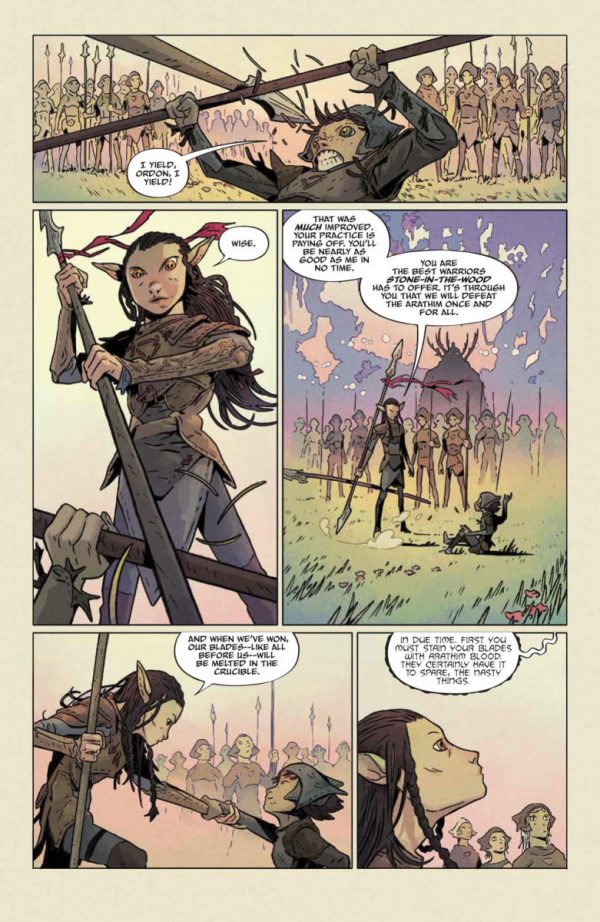 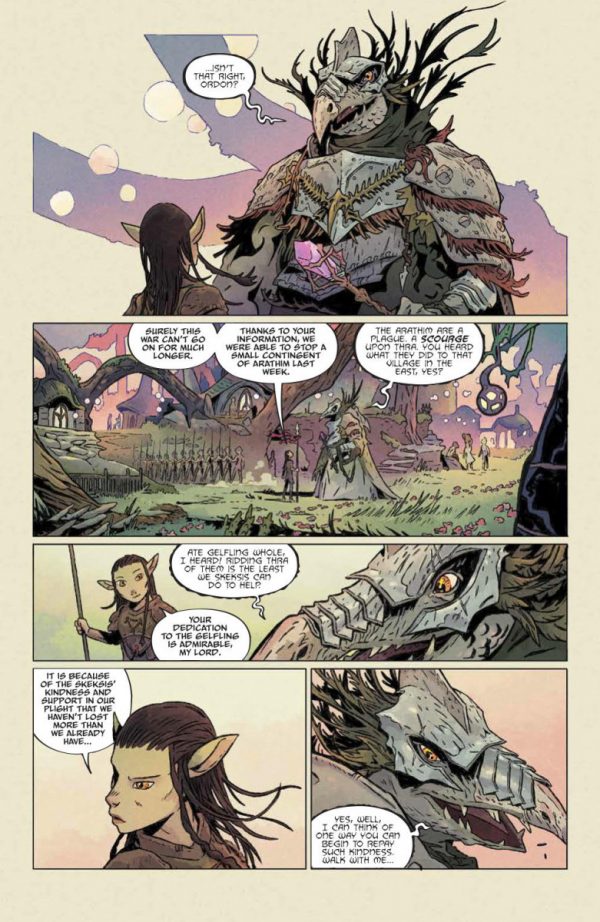 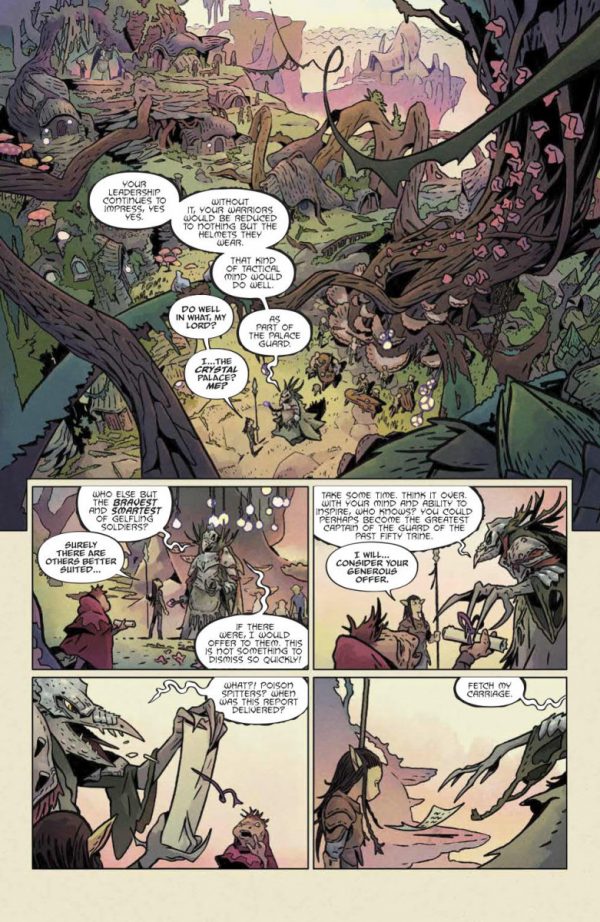 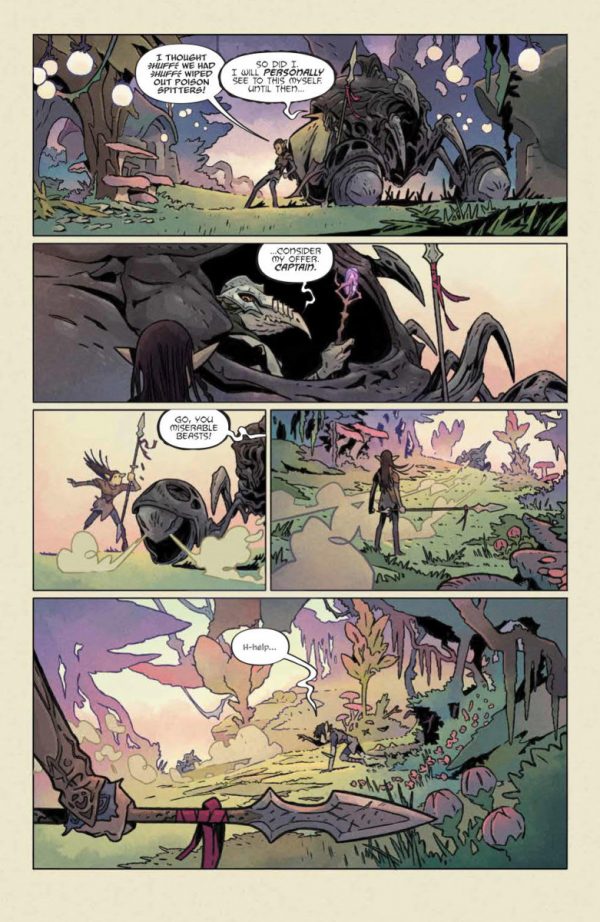 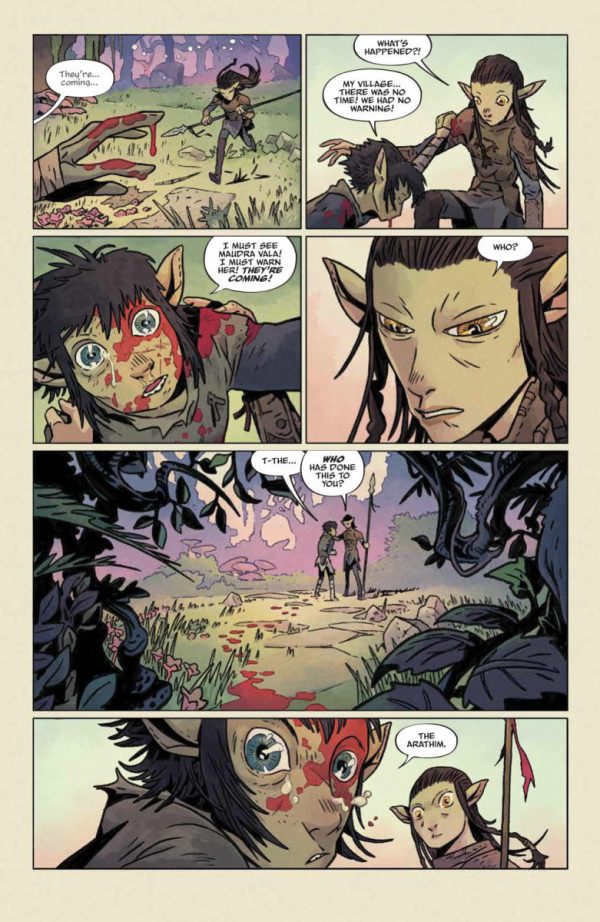 AN OFFICIAL TIE-IN TO THE HIT NETFLIX SERIES!

Based on a story by Jim Henson’s Dark Crystal: Age of Resistance series writers, Will Matthews & Jeffery Addiss, Nicole Andelfinger (Lumberjanes) and Matias Basla (Sparrowhawk) present an official tie-into the next chapter of the pop culture phenomenon, now streaming on Netflix.

Return to another world, another time…in the age of wonder. The great warrior Ordon is sent on a quest to retrieve the mythical weapon that promises to save his people. His only ally is Fara, the future leader of the Stonewood clan. Together, they must find the Dual Glaive before their entire way of life is destroyed.