Over the course of the Toronto International Film Festival, I got the chance to speak with director Atom Egoyan for latest film Guest of Honour (read our review here). The film sees David Thewlis (Harry Potter) as Jim, a city health inspector and father to Laysla De Oliveira’s (The Gifted) Veronica, a former high school music teacher who lands herself in jail and is not only content, but more than willing to stay there. As Jim deals with his daughter’s sentence, he throws himself further into his work and begins going after restaurateurs with more than professional zeal. 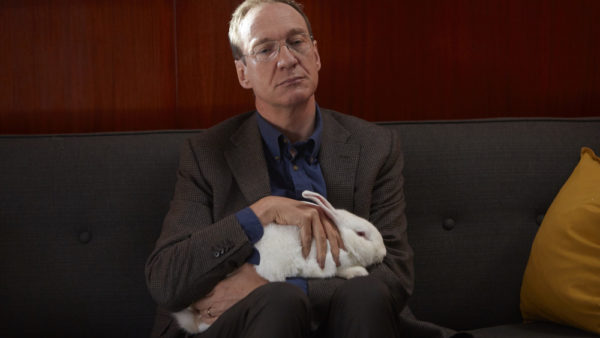 Much of the film deals with Jim and Veronica going through their own grief process and dealing with their guilt in very different ways. The non-linear structure of the story showcases the different perspectives they have as a father and daughter in their contentious relationship. In our chat we discussed Egoyan’s inspiration for the film, writing as well as directing, the themes of grief and guilt and casting Thewlis and Oliveira in the lead roles. You can also check out our interview with Thewlis and Oliveira here. For the interview with Egoyan, read on below…

As well as directing the film, you also wrote the script. What was your inspiration for this story?

I was just drawn to this idea of people finding personal narrative. There seems to be the positive side which is the attempt to kind of connect dots and kind of figure out what the truth is, but mitigating that often is a sense of drive to avoid responsibility and to avoid guilt, feeling guilty. I think that’s a natural thing. No one likes the pain of feeling guilty. It could be seen as relatively minor of part of their history, but it’s kind of deformed into this much larger event because of an inability to discuss it. It’s a story of parental love as well. Everything he’s doing, he’s doing because he does love her very much, but because of his own personality flaws he’s just sort of in this trap and she kind of puts herself in this trap as well.

But you asked me where it was inspired from. I did open a bar in the city about 12 years ago and I was dealing with food inspectors and I was just struck by the power they had. I just loved this idea of someone who is so involved in nurturing his own family is dealing with the codes for nurturing his community. He’s actually making sure that his community is safe and that health standards are observed. As he says in his speech, what he observed as the health of the family. He’s talking about another family, but what he’s really talking about is his own.

As you said, the film centers on the relationship between Jim and Veronica. What was it like to cast David and Laysla in these roles? What did you see in them?

Well David Thewlis I just saw one of the most brilliant actors. Similar to actually working with Ian Holm on Sweet Hereafter, just like this great, great actor who has ever rarely given a lead. Of course I saw David and his extraordinary lead performance in Mike Leigh’s Naked, but that was a long time ago and I just have always wanted to work with him. He responded to the script and it was just literally like this dream come true because I knew he would find the humor and see he’s just a very compassionate character. But you know, there’s a meanness to him at times. He could just be very manipulative, right? I think his daughter has learned that behavior. I auditioned a number of young actresses and what was good about Laysla was she just seemed so available and open and I knew that, okay, what happens if we kind of closed that off? So you kind of get flashes of Laysla in the film, but for the most part she’s really reigning herself in and I thought that was a more interesting way to go. I just wanted that warmth qnd maybe this glimpse of who she might’ve been if her mother was still in the picture.

You’ve talked to a bit guilt and I think one of the biggest themes of the movie is how people process grief differently. Jim throws himself more to his work and Veronica becomes a bit self-destructive. Why was grief an important topic to explore with these characters?

I think what’s interesting is that the actually this whole period of their lives until she begins working at the high school that we just don’t know. We know he was a kind of an up and coming restaurateur and he had this whole other life. But how he got from there to where he is and how she got from the 10 year old girl we saw to the person she is, that’s sort of left to our own imagination. I think he must’ve been contorted with grief. But you know, there’s this feeling that the daughter’s sentence she’s imposing on herself is dealing with something more than the crime or the purported crime with her students that is going on there she feels she has to make up for.

Memory also plays a key part in the movie because Veronica remembers things differently. Jim, like you said, thinks he kind of did a good job insulating her from things the family was going through, but didn’t. What made you play around with their memories like that?

I’ve just been fascinated by that. Like in a lot of my films, I’m just fascinated by those mechanisms that we use and the way technology fits into that. I’m just trying to find this way is cinematically to position you inside the mental space the characters are occupying. I’ve always been fascinated by how do you do that? Because the film image does seem to replicate the way we dream and I think that’s why often when you see dream sequences in the film that they seem a bit weird because it’s actually probably pretty close to the way we film. I’ve often thought about this and I’ve just really always like explored that, especially in my earlier films and I’ve come back to it now. How do we capture two competing image systems that characters are trying to negotiate, especially in a family? Technology can sometimes help, but it can also distort it, like watching home movies. That can be something that you’d say you’re sharing, but there’s obviously different agendas in terms of how those movies were shot and then what was the intention behind those movies. So it’s just been an area of fascination for me for a number of films. I’ve just been fascinated by family dynamics.

We’ve talked a bit about how Jim was an up and coming restaurateur, now he’s a food inspector. Food plays an important part in the movie and as does music. What’s the significance of those two elements to the movie? How they relate to Jim and Veronica?

Well, the food is self evident. I think he’s really involved himself in the preparation food, like watching his wife cook and being in restaurant business. I think he just enjoys serving food, or he did. He seems to lead a pretty monastic life now, but that was a part of his history and I think there’s all sorts of mixed emotions when he comes into food establishments. There’s all sorts of things that he’s kind of negotiating. But I do think that the music is just, this idea that Laysla’s character from a young point was inspired by this form that gave her an escape. We often think as artists by making our work that we can actually deal with issues, but in fact it really is just an expression of our sensibility. It doesn’t really solve issues. I think that that’s what I think she’s probably learnt. She can write this beautiful music and she can have it performed and in that moment when she’s performing, there’s a joy that she gets, but that’s not something that necessarily lingers beyond that moment. That’s what we’re interested in with this piece of music, in terms of her music.

In terms of the score on top of that, Mychael Danna is one of my most cherished collaborators who’ve been working since Family Viewing together. Because I work in opera and I’m a musician myself, it’s a wonderful way to detail some of these motifs that we were talking about before in terms of how memory works. We associate sounds and music with certain feelings and by shifting those and contorting those and distorting some of those sounds or redeveloping motif in other ways, you get access to the characters’ interior life. I worked a lot here with the CFC (Canadian Film Centre) with Wagner and I think he’s the master of kind of that motif structure and how that is able to transport you to other places and in the characters mind. so that, that more teeth of what the girl is playing on the piano, what you’re seeing her, you know, when he finds that piece of music and he presents it to her, that kind of sets off a whole series of triggers, you know, visually from that artifact and piece of paper. 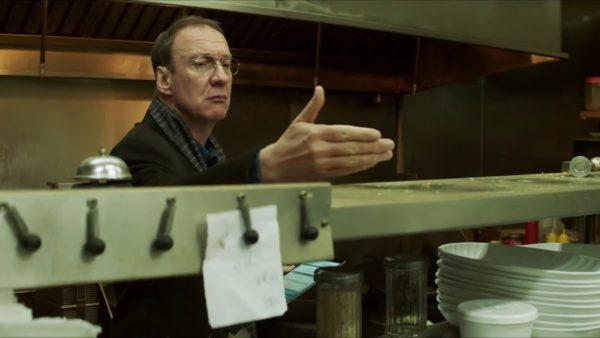 Thank you very much to Atom Egoyan for speaking with us. Guest of Honour does not have a mainstream release date yet, but it will be played at the Vancouver Film Festival next week.