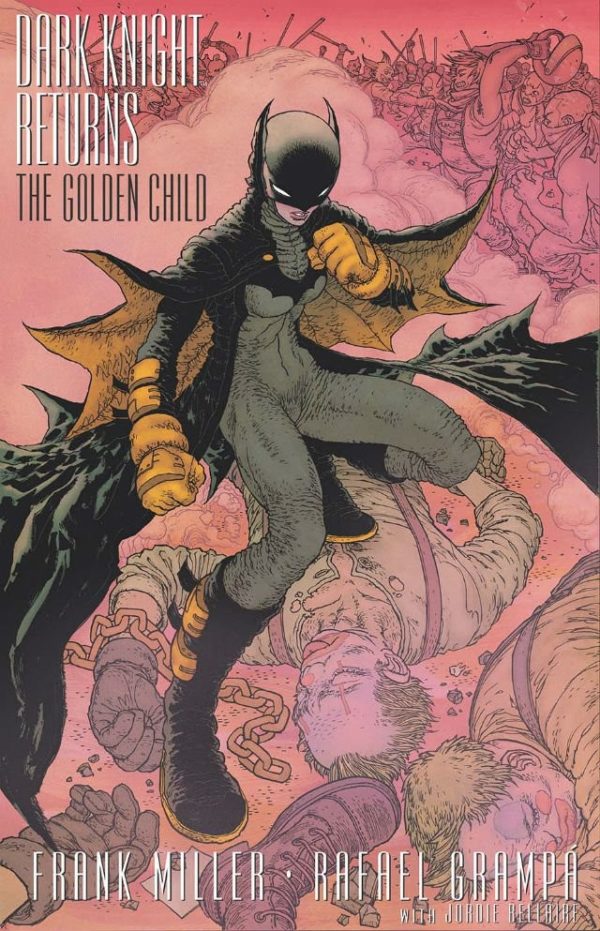 A 48-page one-shot, The Golden Child will feature artwork from Rafael Grampa, and continues the story of Carrie Kelley, a.k.a. Robin, who has now taken on the mantle of Batwoman following the events of The Master Race. Battling a new threat to Gotham City, Batwoman will team with Superman and Wonder Woman’s daughter Lara Kent, along with Lara’s brother Jonathan.

“The Dark Knight Returns story began with its heroes getting older,” Miller said in a statement. “Now we’re seeing the next generation of heroes in action, and Rafael was the obvious choice for me to usher in these heroes that are vigorous, untested and loaded with promise. I think that Jonathan Kent in particular will surprise everybody with his unforeseen abilities and impossible mind.”

Dark Knight Returns: The Golden Child is expected to arrive before the end of the year.