EJ Moreno on It Chapter Two and the gay community… 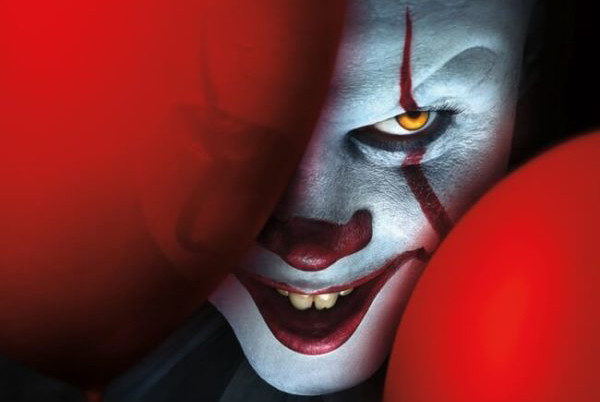 I wish this could be about Pennywise and The Babadook as the best gay couple since Neil Patrick Harris and David Burtka, but no, this piece is a bit more serious.

The newest blockbuster horror film It Chapter Two is now released, and it’s been met with mostly positive reviews. I saw the movie and personally loved it, reviewing it very positively on this site. This article is not about bashing the film, but looking at the problematic intro scene and the inclusion of a gay/bisexual character into the story. For anyone who hasn’t seen the new film, this will contain spoilers, so readers beware. 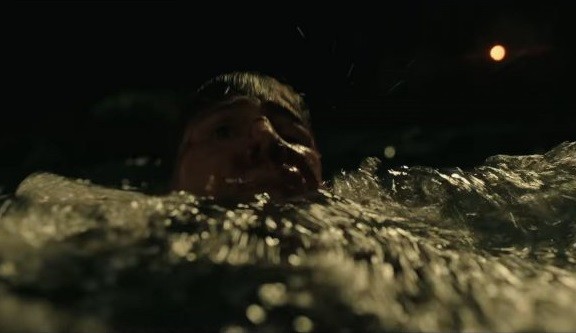 Reading the book for IT prepares you for the film’s first scene; you know as soon as you see the “I Love Derry” hat, this will not be a fun moment. I tensed up during my screening of the film and didn’t feel comfortable until a bit after that moment. I knew it was coming, and it was still rough. But at the time, I wasn’t offended by it and didn’t think it was more than just the opening to the source material. Then there’s a gay character introduced into the fold, and themes are now being presented here involving the gay community.

Now they made it so you couldn’t ignore the first scene and it’s a part of the lifeblood of the film. Even to this day, I’m not upset with anyone, in particular, about the scene, but the scene still upsets me. Now, this article is a way to process the insanity presented in the film and attempt to find positives.

The way the scene is handled in the film is so close to the novel, almost too close as there’s no graphic detail left unturned. The only problem I see with this is the opening attack is far more violent than the rest of the film after it. Even with the murder of children or the suicide of a character, it’s dealt with some subtleness. But not the gay-bashing scene, this is violent and goes on for quite some time. While I know, this is a big part of the novel, literally what kicks off the entire story, something about seeing it on screen made it even harder to digest.

As a member of the gay community, this is a reasonable fear for us. Something many have dealt with to some extent. In 1998, America was shocked to hear about the Matthew Shepard case. And in just 2019 alone, 17 trans people in the U.S. have lost their lives to murder. The opening scene with the gang of locals attacking the gay couple and seemingly murdering one isn’t anything new, and this is a reality. But is this the right move to kick off a mainstream horror movie?

Two sides to it are both valid. On the one hand, horror is known for tackling serious issues while pulling no punches. Many genre fans come to expect horror to hit us harder than most genres while giving us a lot to think on. Violence towards the queer community is real, and something many don’t know about, or it doesn’t affect their daily life. Presenting a scene like this to a mass audience and saying, “this isn’t good, and this happens way too often” is quite powerful and an excellent way to use your platform. 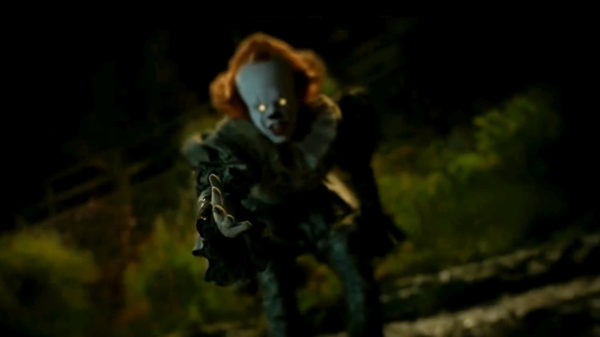 But at the same time, is it the filmmaker’s place to have that conversation? Did Andy Muschietti and even more so, Stephen King, use this moment for pure shock value? The book and this film’s take on the scene are incredibly graphic and hold nothing back in terms of gross nature. But again, could you deliver this message without presenting such a grotesque beating? The domestic violence scene with Bev only a few minutes later is tough to watch but doesn’t go that extra mile to shock you.

And even more so, the murder of the young man Adrian and the beating of his partner Don aren’t brought up much later. There’s never a moment of The Losers Club talking about it. The scene at the police station from the novel, in which Don is talking about the murder and the evil clown, is cut. Feels like this was only there for the ties to another gay character later on, and not as much a part of the entire film’s story. If so, why not give the character a scene where he deals with this, and it adds to the fear? 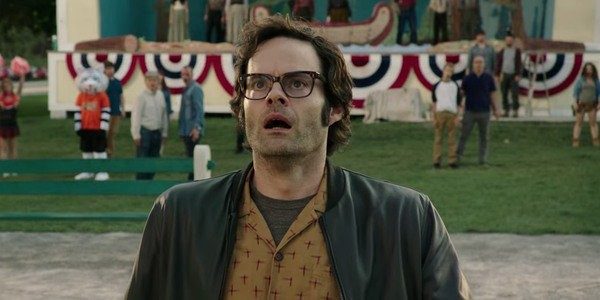 One of the most significant changes from the novel to the mini-series to this film adaptation is the inclusion of a gay character. In the book, there’s some subtext on display about one of the Losers being closeted. Same with the mini-series and in both cases, the gay character is Eddie. In the 2019 film adaptation, things are a bit different with Richie being the closeted character. Yes, our loudmouth and brash member of The Losers Club is holding back a “dirty little secret” as Pennywise describes it.

As its core, the change didn’t bother me, and I thought it was a welcomed shift from Eddie’s closeted marriage story to everyone thinking Richie is just living a bachelor life. There’s an actual tender moment near the end where Richie’s crush on Eddie is confirmed, and it brought a tear to my eye. Nothing presented in the film bothered me about this Richie reveal and the way Bill Hader performed, but there’s the key.

“Nothing presented in the film” bothered me, but there are things left out that could’ve fleshed this out a bit more. While it’s more shocking to see Bill/Ben/Beverly love triangle sidelined, it does explain the glaring nature of Richie’s half-assed story. 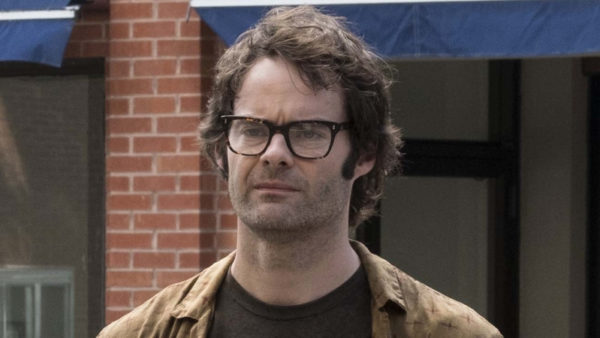 For a three hour movie, there’s a lot of this movie left on the cutting room floor, which happens when you are adapting a massive Stephen King novel and trying to make a mainstream movie. That brings up the point of why bring something up if you aren’t going to follow through with it, and that’s my feelings on Richie in a nutshell.

Never once does Richie address his sexuality to his friends. Pennywise only brings it up that one time – in a great scene – but drops it soon after. They even bring back the character who died in the intro scene as a way to slyly taunt Richie about his sexuality. While amusing, there’s never a scene of Richie knowing the context of that shade.

These issues are easily fixable with just a few minute scenes focusing on this arc. Let Richie find out about the gay-bashing from Mike, let him bump into Don’s character and let that trigger a Pennywise scare. 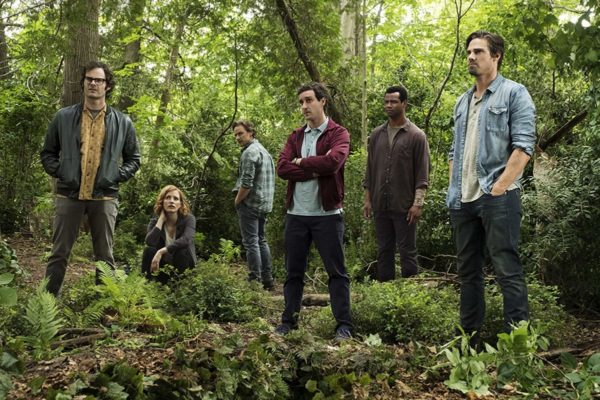 And most importantly, let Richie come out to his friends. There are quite a few moments where it was perfect, in a comedic way and in a mature way. Bill asks Richie to give them a speech, and it puts him on the spot, a little quip of him coming out right now, and the Losers all reacting in a fun way is a great way to handle it. Shows the Losers love him for who he is and gives Hader a hilarious and essential scene for Richie. Another time is at the end when he bursts into tears, just a soft moment where he says he loved Eddie and his friends all look at each other knowingly, another great time.

Neither happened, and Richie never gets a moment to let this “dirty secret” out. After building it up in one brilliant scene and hinting at it throughout flashbacks and the present story, it felt like a real missed opportunity.

All of these feelings aside, It Chapter Two is still an impressive feat for the genre. Horror has never felt so mainstream, and this movie is going to make some serious money. One of the points to this article is to show that you can look at not-so-perfect moments in a film you enjoy, and still completely love it. And any movie that starts a conversation like this is worth noting, especially in an era of escapism and mindless entertainment.

The horror genre and the queer community have a long history, and this is just another example of the evolving relationship. It Chapter Two will go down as a moment for both communities.

How do you feel about the film’s handling of the gay community? Did the opening scene offend you, or do you think it was just part of the telling the story? Share your thoughts in the comments below, or by reaching out to us at @FlickeringMyth…