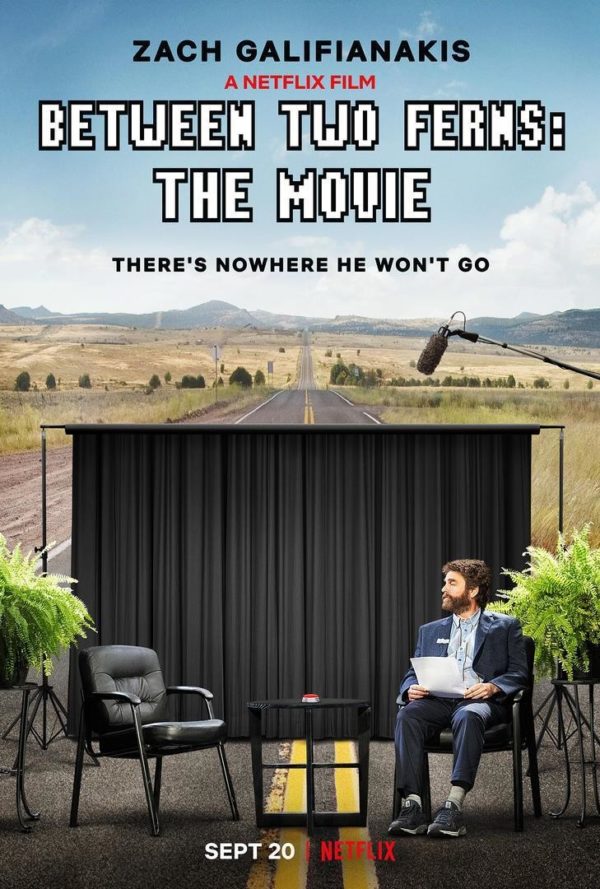 Zach Galifianakis and his oddball crew take a road trip to complete a series of high-profile celebrity interviews.

As so many movies based on SNL shorts have proven over the years – looking at you, A Night at the Roxbury – adapting a finite, bite-sized comedy concept into an expansive feature-length film isn’t easy. That this long-form version of Zach Galifianakis’ faux-talk show Between Two Ferns is smartly concise, lightning-fast and loaded with an embarrassment of A-list talent, then, mostly allows it to skirt clear of the expected issues.

There is a plot, though, albeit a scantest of ones. After Galifianakis’ interview of Matthew McConaughey ends with a flooded studio, his coke-huffing Funny or Die boss Will Ferrell orders him to spend two weeks driving around the U.S., conducting interviews with 10 celebrities for a new batch of episodes. That’s basically it, thankfully.

The opening interview with McConaughey immediately sets the tone for anyone unfamiliar with the show; Galifianakis, playing a heightened douche caricature of himself, spends several minutes insulting a celebrity, while they either fire back at him or sit there exasperated. The actors and musicians are gamely up for it of course, typically feigning offense, though in some cases you sense a faint smidge of reality creeping in – namely in his deliciously awkward verbal sparring match with David Letterman. 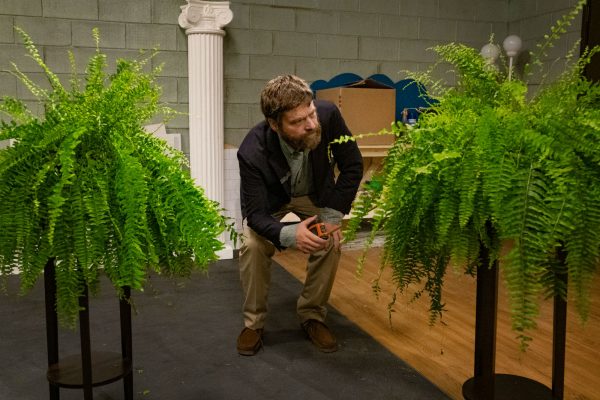 The shorts were successful primarily because of the cringe-comedy appeal rooted in the devastating quips, and the challenge in allowing this to carry through to a feature-length movie is noted, yet one which writer-director Scott Aukerman, who co-created the original shorts with Galifianakis, navigates surprisingly nimbly.

Between Two Ferns: The Movie is basically a series of skits glued together, which would surely be a criticism for many films, but absolutely not in this case. It is exactly the right approach given the short-and-sweet appeal of the interviews and how effortlessly they can be strung together with the vaguest whiff of plot. Even the narrative aspects are mostly character-centric comedy, and outside of the talk show skits, there are also a few added value cameos, such as Ferrell’s aforementioned powder-loving exec, while John Cho shows up for a whole 10 seconds to play a lecherous version of himself.

It’s an improv movie through and through, as evident in a number of the interviews, especially a wonderful back-and-forth between Galifianakis and a mustachioed Benedict Cumberbatch, and an incredible end credits gag reel, which actually happens to be the funniest part of the entire outing. 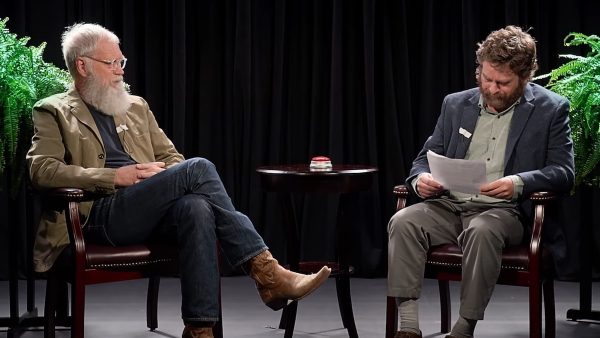 There is a meta-doc aspect to the story which may prove a little more divisive with viewers, though it’s laid on surprisingly – and mercifully – thinly. The meat of the material is the celeb encounters and rat-a-tat talking heads banter, with the balance being only briefly disrupted in act three, when the interviews taper off and an inevitable, mundane last-minute conflict is introduced. After this, the film leaps off to become a broad lampoon of corny late night TV; think Wayne’s World without the smarts.

But again, with a mere 82-minute runtime, it moves fast and never plants its feet in any one place for too long, while the production values are unexpectedly solid, ensuring the film avoids looking like a not-quite-expensive-enough YouTube Red movie. And in addition to the A-listers, Galifianakis is accompanied by a small band of co-workers helping to produce the show, best of all the hilarious Lauren Lapkus as his assistant, Carol. 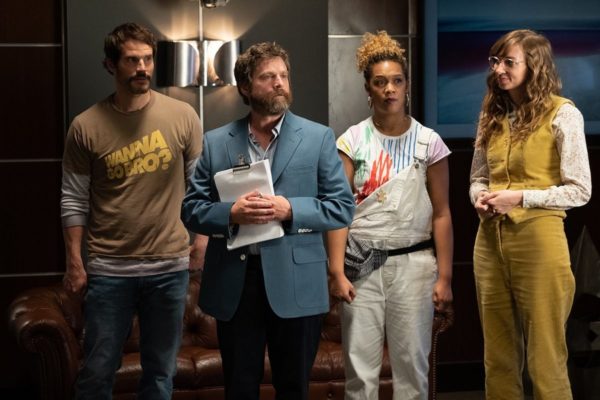 This all adds up to ensure the film is jam-packed with worthwhile material, and even when a gag doesn’t land, Galifianakis swiftly moves onto the next one before you’ve even had time to fully process it.

Between Two Ferns: The Movie avoids most skit-movie missteps with its short runtime and snappy pace – and a bevy of hilariously game celebrity cameos.