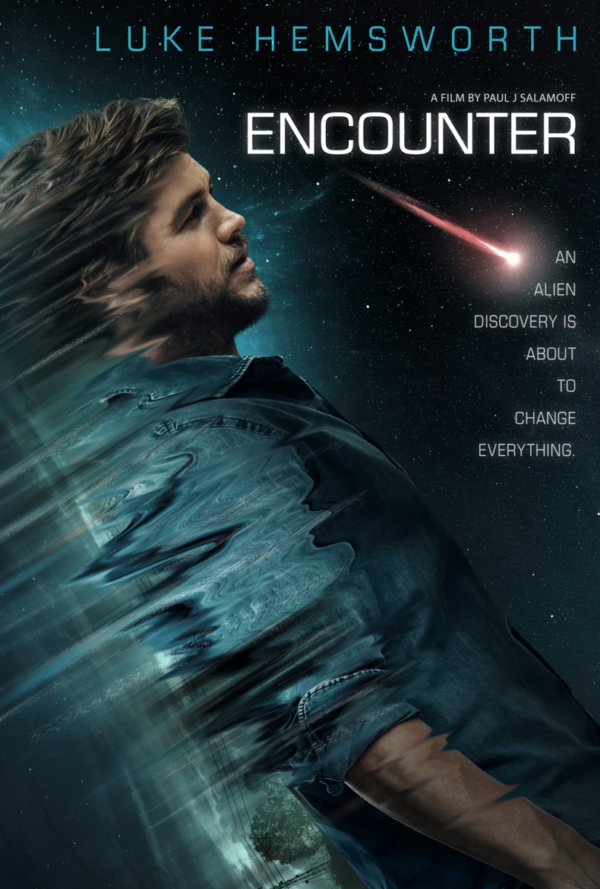 A group of friends uncover an otherworldly object in a rural field, which they soon discover holds greater secrets than they could imagine. 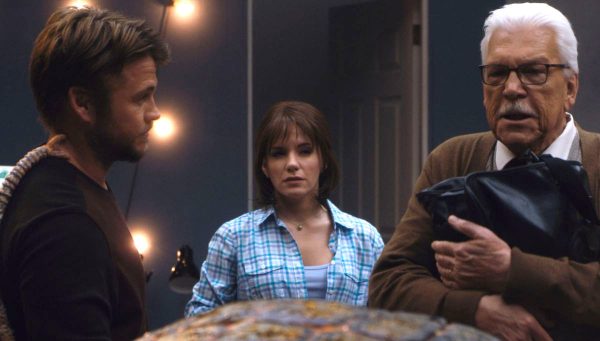 What the hell is Luke Hemsworth doing in Encounter? It’s like he lost a bet to Chris Hemsworth where the loser had to go star in a shoestring budget amateur film, or maybe writer/director Paul Salamoff has some dirt on the Westworld cast member (not just that show, the actor is involved with a number of high profile projects and doesn’t need to appear in filmmaking endeavors far beneath him) and blackmailed him into taking the role. The only possible explanation is that this is a Daisy Ridley situation, who recently appeared in bottom-of-the-barrel horror trash (please, whatever you do don’t Google Scrawl) as it was actually filmed years before the release of Star Wars: The Force Awakens.

Bewilderment aside, Encounter tells the story of a disabled man named Will (Luke Hemsworth) fighting depression via painting. It’s quickly made apparent that his mopey state of mind was brought on by a tragic accident that took the life of his daughter which subsequently shattered the relationship with his wife. Elsewhere, his group of friends is chilling outside having a wooden conversation about significant other woes and Will’s lack of motivation (one of them is his brother-in-law), inexplicably somewhere far off in the distance of this rural farming area, where a meteorite resembling an alien pod crash lands onto Earth.

By this point, it’s clear that the writing is going to be abysmal, and the direction is not going to be much better as the trio assume that whatever fell is not an airplane, deciding to track it down as if they were expecting this to happen, complete with blandly intense chase music blaring while they… drive to the location. After some more terrible dialogue, they decide to bring it back to Brent’s home, the husband to Will’s sister. Conveniently, the three of them lives together. 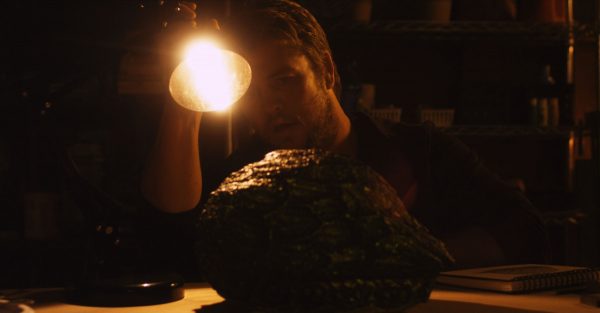 Living inside of the pod is a snake-like alien that desires to tether itself to individuals for an unknown purpose. Some characters make predictions for its intentions based on their knowledge of sci-fi films, some want it gone, there’s a group of FBI agents on the trail that regularly executes these lifeforms for no reason, and Will instantly develops dependency as the creature magically cures his legs giving him the ability to walk again. The only downside is that he must be plugged into the alien life form, so to speak, although I’m 99% sure there’s a scene of him walking briefly without it. Encounter is the kind of movie that chooses when to make sense and follow its own rules, and I’ll tell you right now, just about none of it operates on sound logic.

Aside from the FBI agents that simply exist for artificial tension and more god-awful jokes, there are a number of supporting characters here. The best one is a college professor (Tom Atkins) that is tracked down by a former student, who is given the characteristics and intelligence of a scientist working on classified experiments rather than a lowly biology teacher. At one point, he requests some medicinal marijuana while he studies the alien life form (also the moment where the movie finally broke me for good).

Essentially, Encounter is your standard sci-fi story regarding the fear of the unknown and how different people would react to extraterrestrial beings existing right in front of their faces. It wants to be a character drama but it has no script that gives any of its characters a single interesting trait. Everyone except for Luke Hemsworth is given the worst comedic dialogue imaginable, which isn’t aided by the fact that none of them are decent actors. Will goes from sympathetic to downright unlikable, seemingly convinced that the reason his wife left him was over becoming paralyzed and the tragedy instead of, you know, him turning into an insufferable selfish jerk. As a disabled person, one would think there would be a personal attachment to witnessing a character go through the euphoric shock of walking again. There’s nothing like that here, and you don’t need a budget to generate real human emotion so it would be unfair to let this slide. Encounter glosses over the returning freedom of walking so characters can bicker on about whether the alien is benevolent or malicious. 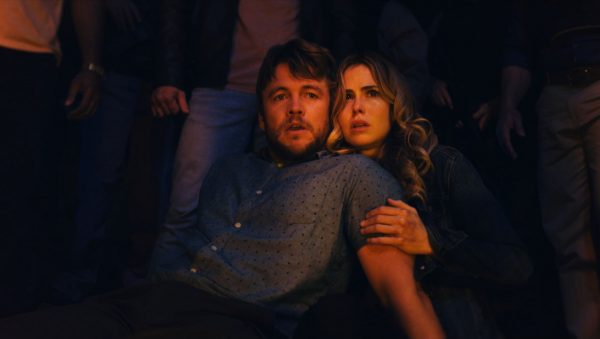 Admittedly, during the ending, it’s easy to see what Paul Salamoff was going for, and he even gets one striking image out of it. In hindsight, maybe that’s the reason Luke Hemsworth signed on. It’s not a unique or original ending, but the movie does build to something mildly worthwhile. There’s just no way one talented actor can salvage inexperienced production. Encounter is a mess from beginning to end, and if the alien was real I doubt even it could repair the damage here.