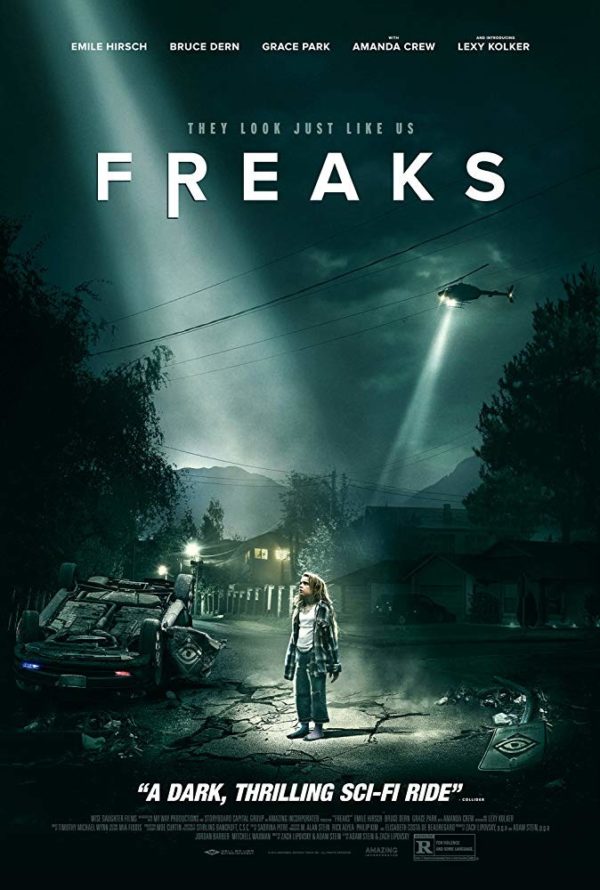 A bold girl discovers a bizarre, threatening, and mysterious new world beyond her front door after she escapes her father’s protective and paranoid control. 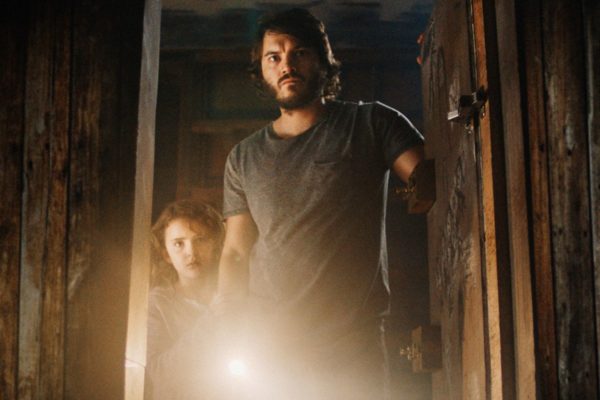 Freaks is a movie that should be enjoyed knowing next to nothing going in. As a matter of fact, I will break it down into the simplest summary; it’s a sci-fi/horror feature about a young girl that desperately wants her dead mother back or to have a replacement. Thankfully, it’s an emotional hook that writers and directors Zach Lipovsky and Adam B. Stein do their best to never lose sight of (both filmmakers have been crafting short films for years, although if you watch this pleasant surprise and crave a likewise experience you will have to wait a little bit longer as they are currently working on the live-action Kim Possible movie).

Their story begins taking us through the daily routine of a father and daughter living down in a dilapidated home. Dad (the character played by Emile Hirsch has no name) is restless, uneasy, and somewhat unhinged as he overprotects his daughter Chloe (newcomer Lexy Kolker, who really taps into the longing for a mother aspect, which really does ground the supernatural and overblown familiar aspects into something relatable and touching). It’s apparent early on that he is more concerned with lecturing Chloe on how to behave normally in society rather than raising her properly, refusing to let her venture into the outside world, with or without his guardianship. He also happens to be immensely paranoid that society is filled with people willing to do physical harm to him and Chloe. Worse, if Chloe decides to disobey and explore for herself (there is an ice cream truck shop conspicuously set up outside and fronted by a character played by none other than Bruce Dern), Dad will dish out mentally abusive punishments like solitary confinement. He can’t even remember simple tasks such as buying her ice cream when he does man up to his fears to run some errands.

Here’s where Freaks becomes tricky to write about; a tantalizingly executed element of the narrative is the pacing and form of which it gradually drips the viewer information that consistently changes their perspective on what is happening. The first 45 minutes of Freaks are absolutely perfect, layering Chloe with multiple thought processes all towards achieving a singular goal, finding a motherly figure. She is not normal but she is also not a freak, and even if the final act indulges in action (which by the way, is competently crafted and aesthetically pleasing, especially given how low the budget must be on this project), the story is always working towards resolving what it’s about in the first place.

For those not particularly enthused to hear that the final stretch fully embraces its otherworldly tones, it does allow the filmmakers to come up with one of the most ingenious breakout sequences in quite some time. It’s an extended set-piece so cleverly constructed that it even relies on no-name minor characters to step up on the acting front, and constantly pushes the boundaries and ideas of what these characters are capable of doing. Naturally, there is the downside that the more and more the movie starts utilizing all kinds of special effects (that’s a very loose definition of what goes on, only because I really don’t think anything here should be spoiled), the mechanics and logic of how things work in this world start to go out the window. It’s hard to imagine someone not invested into the story by that point, but anyone that’s not is going to have a field day picking up plot holes and deep-diving into the absurdity of the climax. On that note, there are one or two pieces of dialogue that are too self-serious for the finale. 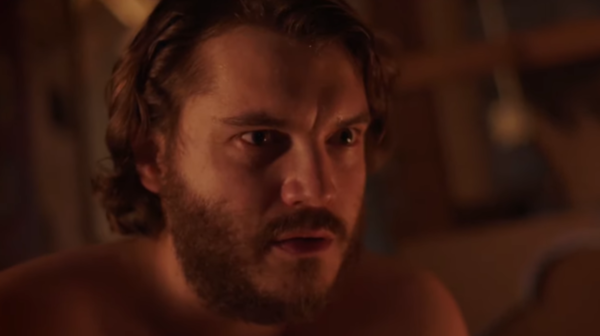 Fortunately, the talented cast is enough to salvage any shortcomings that are already mostly only the result of high concept ambition rather than faulty writing or directing. Emile Hirsch and Bruce Dern portray polar opposites with different beliefs on what should be done about Chloe. However, Lexy Kolker’s layered performance and ability to shine during drama and action at such a young age is what’s really freakish. Freakishly good.