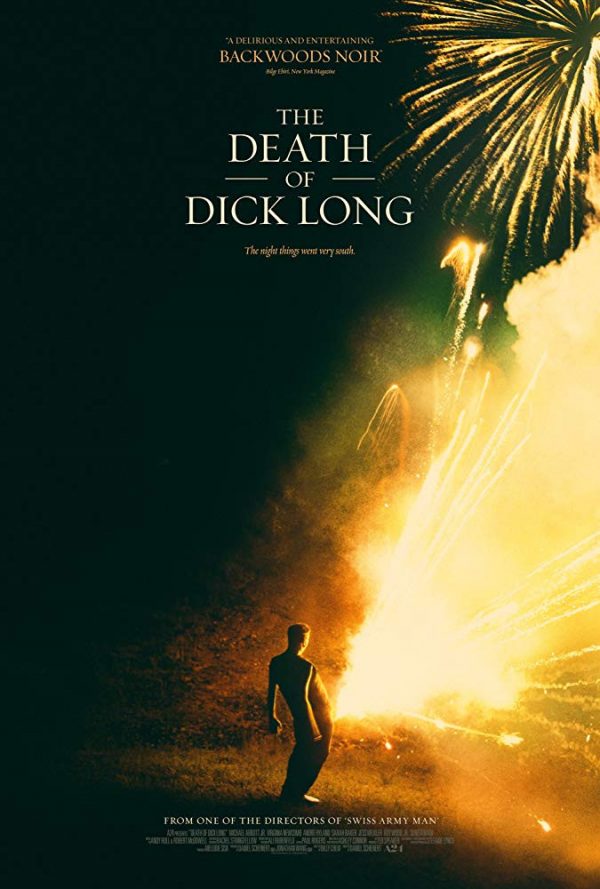 Dick died last night, and Zeke and Earl don’t want anybody finding out how. That’s too bad though, cause news travels fast in small-town Alabama. 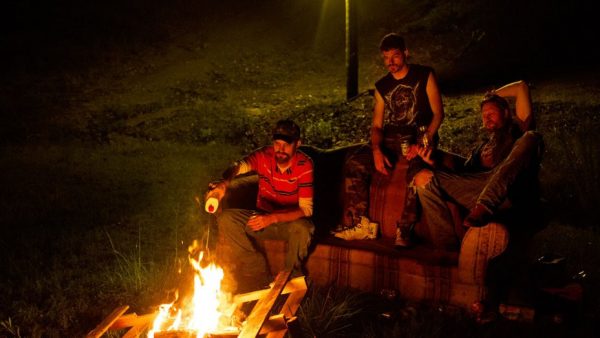 Set aside whatever perceptions or expectations you might have based on the immaturely titled The Death of Dick Long, this is one the most shocking and uncomfortably thought-provoking cinematic experiences of the year (and if someone from A24 comes across this review, please consider releasing this on more screens theatrically). However, I will admit upfront your mileage may vary depending on what you got out of the obscenely juvenile yet powerfully resonant Swiss Army Man, which was co-directed by Daniel Scheinert, going solo for this equally bizarrely fascinating project but working from a script this time around from Billy Chew.

The film opens with a trio of friends enjoying their regularly scheduled nighttime band practice, which consists of covering classic rock hits from the early 2000s, ranging from bands such as Staind to Creed to Nickelback. And as someone who despises Nickelback, it must be stressed that this movie finds a way to make one of their most popular songs gel perfectly with its themes. As a matter of fact, there’s a lot of generic music here taken and utilized for emotional effects that one realistically assume would never work.

Nevertheless, it’s not long after playing some jams that the bromance turns into a raging party, complete with ill-advised drunken homemade shooting range fun (the setting is modern Alabama, which only adds another layer of depth to everything that follows), reckless behavior like urinating on a campfire, and more debauchery. This sequence, accompanied by the opening credits, almost seems designed to get viewers disliking these characters from the get-go. They don’t become much more likable when we realize their shenanigans have gotten their friend Dick Long killed. More upsetting, it appears he was fornicated to death. 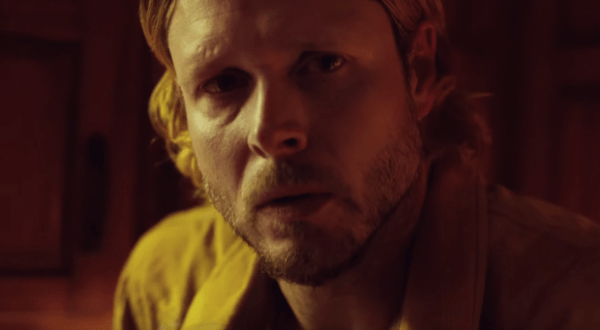 What ensues immediately brings to mind Fargo with southern white trash, as Zeke (Michael Abbott Jr.) and Earl (Andre Hyland) repeatedly fail miserably and hilariously at covering their tracks (Swiss Army Man was not a fluke, Daniel Scheinert continues to impress at juggling wildly clashing tones in a way that always services his characters). That would also be a surface level analysis that does nowhere near justice as to the complexity of what these friends are really hiding. Without spoiling the movie, it’s necessary to know that it’s impossible to ever fully get on board with these people, but that they each have individual pain and disturbing secrets brought out into the open that is undeniably wrong but complicated to judge. The ending actually seems to implicate and shame the audience to an extent for what they must be thinking (an example of strongly confident writing from Billy Chew’s script), while the movie wisely remains empathetic to the activities of these tightknit friends.

Aside from dealing with the discomforting events of the previous night (pitch-perfect pacing reveals new information about what’s really going on at calculated moments that ensure the narrative never gets stale or long-winded), Zeke is in a rush to bring his daughter to school (amusingly, he doesn’t even realize the car is still stained with blood which makes for excellent dark humor) while also playing coy to his wife Lydia (Virginia Newcomb) about the disappearance/death of Dick. To her knowledge, there is a homicidal pervert maniac on the loose killing people (reports are open about semen being found inside the dead body). Elsewhere, there are a pair of idiosyncratic small-town police officers (they feel ripped from Fargo) working on the case while having slice-of-life conversations. Dick also has a significant other seeking to uncover what happened to her husband, not given nearly enough screen time.

I hear you; The Death of Dick Long already sounds dark and disturbing for a dramedy. It only gets more controversial and gross, but not without purpose. Perversion is at the heart of the story, dealt with delicately from the perspectives of needing mental help to accepting what you are. It’s so easy to find these characters repulsive, but the brilliant performances won’t fully let us. These are sick and deranged but good human beings. Also, if the sexual behavior here were something different, one could make the case that the film is slamming kink-shaming. It might still slightly be doing that, even if what’s here is clearly and rightfully 100% not condoning these particular sordid activities.

When the truth comes out, a wave of different reactions hit; it’s ugly, heartbreaking, disgusting, and in some ways, a meaningful look at bonding. These people are terrible when it comes to lying, and one of the film’s greatest strengths is that you might never be sure if you want them to get caught or not, especially the longer it goes on. Alabama is already not the most progressive state, so certain lifestyles are closed off to the public, which possibly fuels the desire to become depraved. Regardless, these performances are awards-worthy and generate emotion from, well, depraved situations that 99% of filmmakers would never know how to handle with any substance.