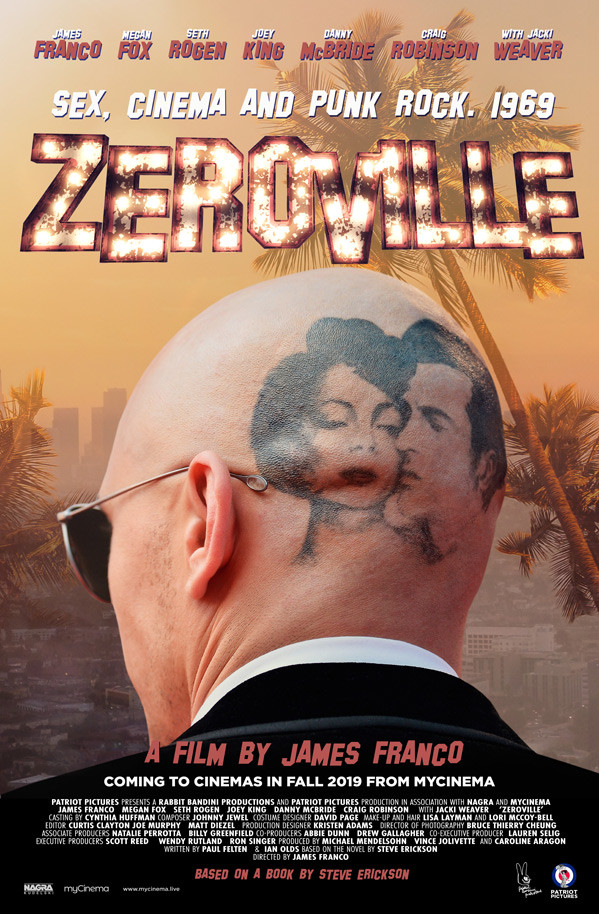 A young actor arrives in Hollywood in 1969 during a transitional time in the Industry.

Halfway through Zeroville, a hotshot early 1970s producer tells a casually racist joke offensive to Polish people, suggesting that they are dumb enough to sleep with a writer but that even they have enough common sense to know sleeping with an editor will not further their career. The ignorant comment serves as a way to look down on a filmmaking process that is often, unfortunately, disregarded and overlooked (a concerning amount of people over on Film Twitter seem to have no idea what actually consists of editing) in a film that, for the most part, sings the praises of the thankless position while also doing a fascinatingly intriguing job at explaining cutting movies and stirring some equally stimulating beliefs on the execution (“fuck continuity” is more than just a phrase repeated, it’s also the manner in which this particular narrative is told, starting in 1969 and drifting through most of the 70s without detailing any clear timetable).

Based on the celebrated novel by Steve Erickson and adapted by James Franco, Zeroville shows the journey of a young adult named Vikar (James Franco) seemingly on the spectrum that has recently discovered the power of movies. They have made such an instant impact that he proudly sports a gigantic tattoo on the back of his shaven dome depicting Elizabeth Taylor and Montgomery Cliff from A Place in the Sun, and is strolling right into Hollywood post-Manson murders (the movie awkwardly opens with Vikar immediately being interrogated by Danny McBride about the horrific events, making for a rather tasteless scene in an all-around tonally disjointed experience) to put his architectural talents to good use designing sets.

It’s not long before he crosses paths with a host of oddball characters, ranging from a screenwriter played by Seth Rogen (whenever he and Franco on screen together the movie noticeably drops its art-house influences lifted right from the novel to indulge in the irreverent humor to be expected from the pair), an award-winning editor played by Jacki Weaver that takes him under her wing lecturing him, and a bombshell actress played by Megan Fox that has a daughter (Joey King) and is rumored to have a past with mental illnesses that he becomes infatuated with. There’s also the aforementioned bigwig producer weirdly played by an uncredited Will Ferrell in a casting decision that is all sorts of wrong (then again, so are many aspects of this adaptation). However, no one feels more out of place then Craig Robinson as a respectful burglar that can’t help but get sucked into discussing the state of cinema with Vikar while simultaneously stealing from him. None of this necessarily sounds bad on paper (I’ve never read the book but clearly it worked), but the performers tasked with delivering the material here are bizarre choices that are consistently unable to do anything profound with the messages the movie wants to send regarding the ethereally moving forces of cinema.

It also doesn’t help that the dynamics between any of these characters never really come into focus or mean anything; Seth Rogen fumbling his way through contributing to Apocalypse Now is about as unfunny as it sounds. Much of the dialogue is also as simple as characters conversing about filmmakers and movies with no zest; if I didn’t know this was based on the book I would have just assumed it was James Franco dropping as many references he could about movies he loves. And when that’s not happening, Vikar is in the editing room piecing together a movie starring his crush that develops into something more abstract as he began having dreams, possibly visions, of the future. For the third act, this turns into a wild hunt for a lost a movie split up into frames of every other moved in existence. It’s always silly and sees James Franco overacting like crazy, fumbling around the old-timey editing room wrapped up in film like a nutcase.

Much of Zeroville also uncomfortably reduces Megan Fox’s character to an object; something Vikar wants for inexplicable reasons but can’t have. It’s more lust than anything, although he does somewhat become a father figure to her punk rock obsessed daughter. Still, nothing about the connection between these two is engaging on any level, frequently causing the film to move away from actual interesting parts such as studying the filmmaking process, specifically editing. As a director, James Franco isn’t doing much interesting beyond using color grading for psychology and atmosphere, done so much that it quickly loses its visual appeal and effectiveness. He is working from solid source material, though, so Zeroville is more of a curious misfire than an outright catastrophe. It will assuredly encourage people to check out the novel and might even teach aspiring filmmakers and cinema fanatics a thing or two about the unsung technique of editing.