Triple Eh? have announced that their retro inspired shoot em up Cecconoid will be coming to PC gamers this autumn via Steam and Itch.io.  Inspired by Raffael Cecco’s brutal 8bit classic, Cybernoid, and Eugene Jarvis’ twin-stick masterpiece, Robotron, Cecconoid will take players through a huge ship under attack by an evil pirate and his robotic minions.  The developers have released a couple of trailers, see below, showing off the gameplay of this pixelated shooter. 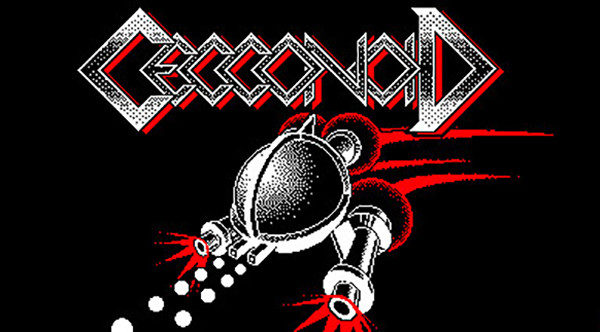 Cecconoid takes players to the year 2088 and places them aboard the good ship Equinox which is currently under attack from Stormlord and his evil robotic minions, the Exolons.  Taking the role of the ship’s only decent fighter, the Samurai-1 fighter, players will destroy the robots, find the captain’s key and save the ship from destruction.

The Equinox features more than 50 rooms to explore and there are 6 different power ups to collect to help cleanse the ship of robots.  Players on Steam will also get access to a online leaderboard so they can share their high scores with the community.  While fighting to save the ship players can kill robots to a banging soundtrack from the Demoscene’s DJ Hoffman.

“Cecconoid is a short exploration of pure video games… Those glowing,
pulsing, noisy games of our youth”, explains developer Gareth Noyce “What happens if we inject a bit more power into a ZX Spectrum, give it two joysticks, and then turn Cybernoid up to 11? And more importantly, what if everything exploded into its own pixels, while flashing bright lights in our eyes?  Turns out it’s sweaty palms, and a whole load of swearing. As it should be.”

Look out for Cecconoid coming to Steam and Itch.io this autumn.