Sideshow has unveiled its 1:6 scale Superman figure from the DC Comics Collectibles line. It is available to pre-order now, priced at $240.00; check out the promotional images here… 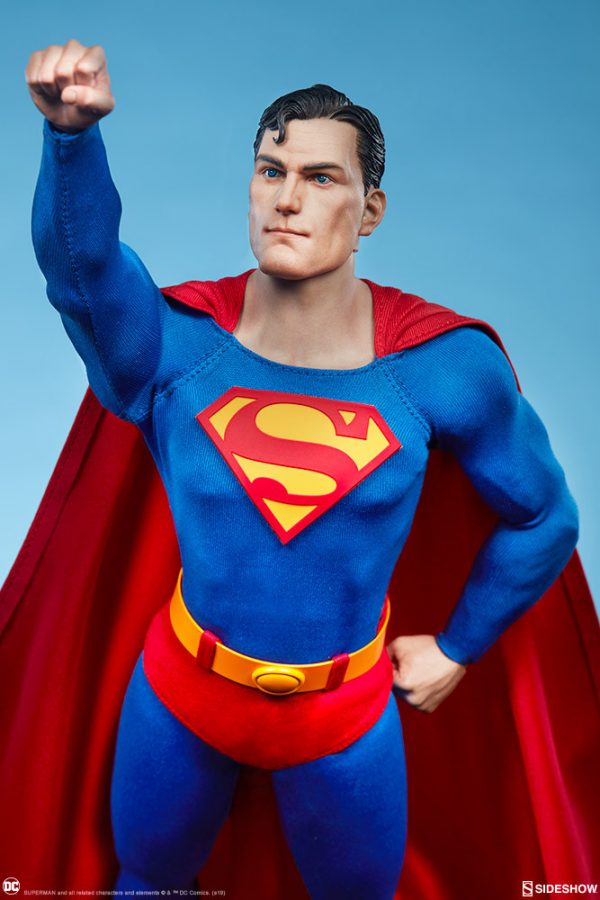 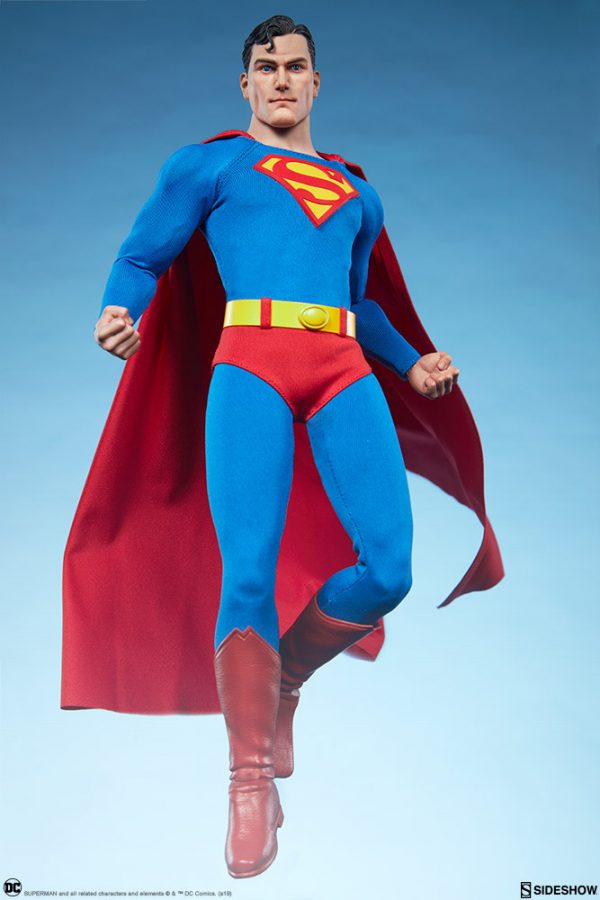 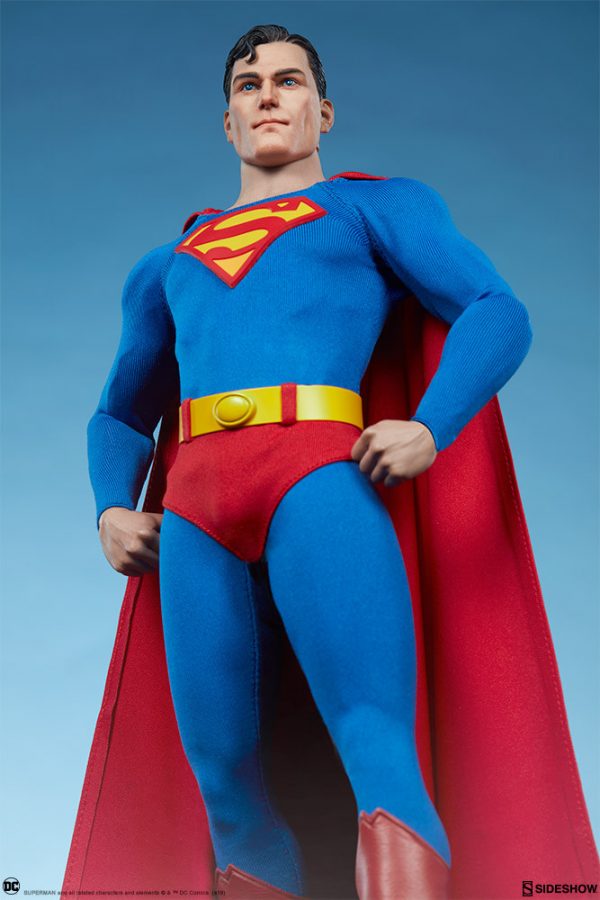 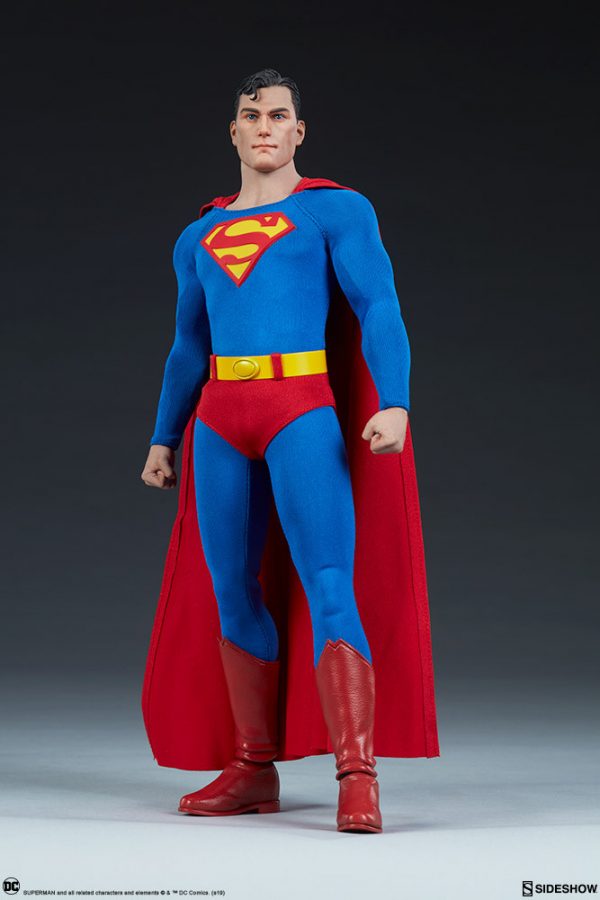 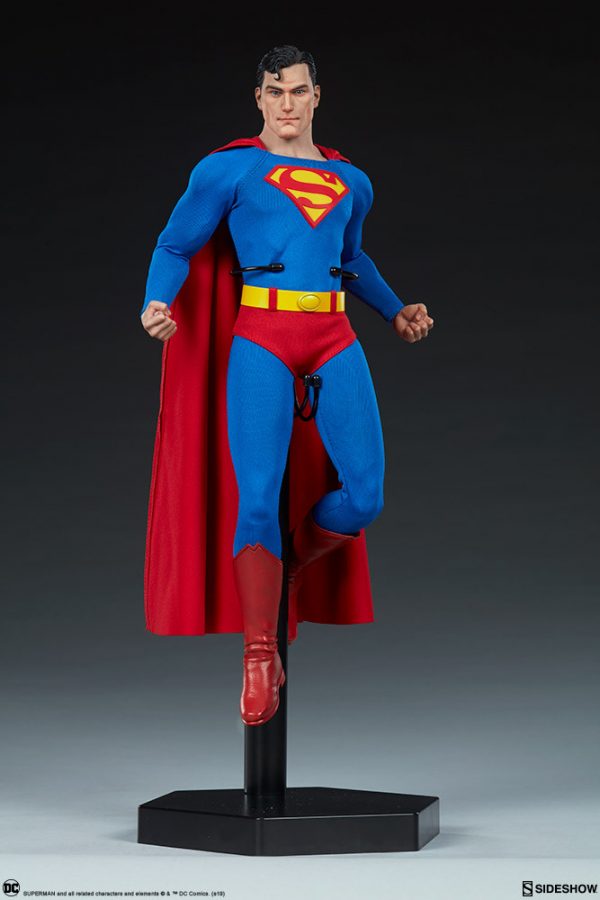 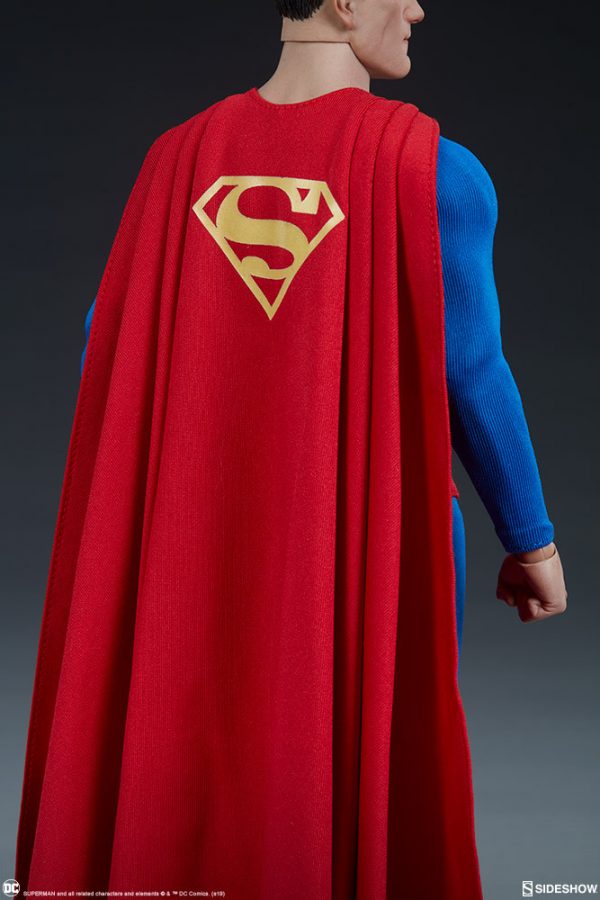 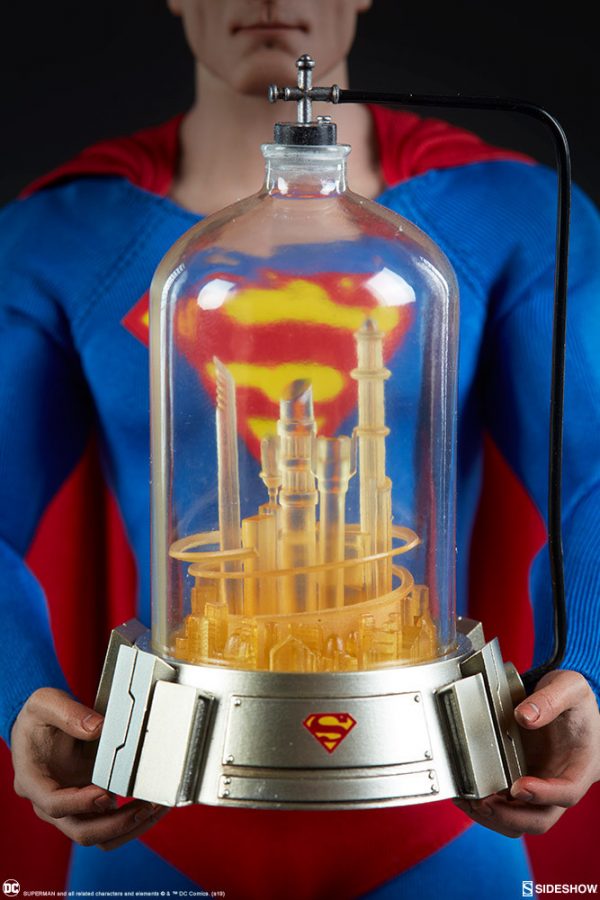 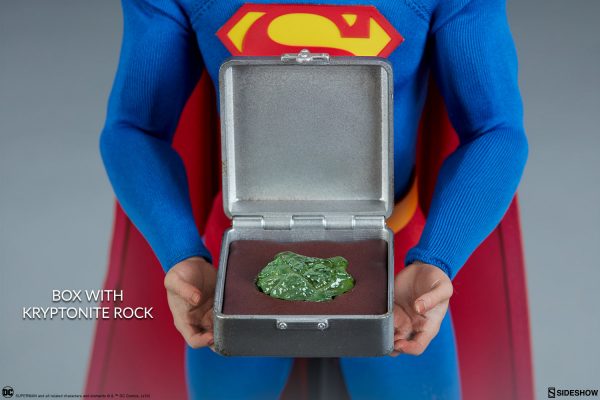 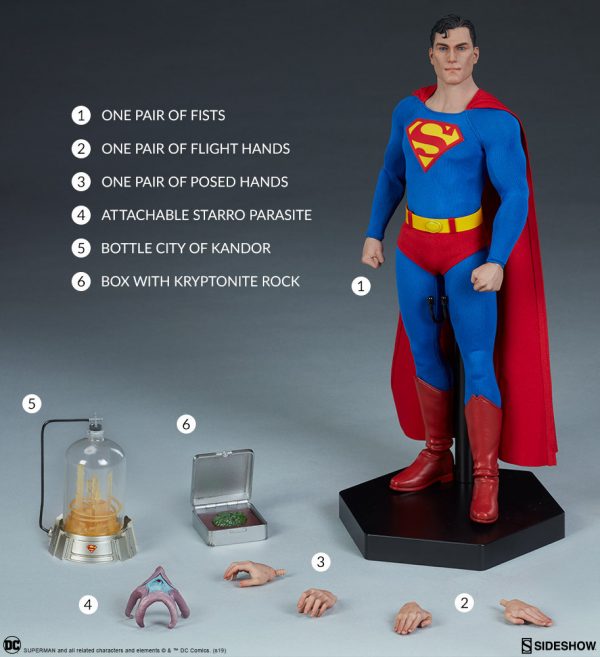 Based on his iconic comic book appearance, the Superman Sixth Scale Figure features a custom-tailored fabric costume consisting of his blue suit detailed with the symbol of the House of El, red trunks, a yellow belt, and a red cape with his yellow symbol on the back. His heroic portrait has a strong jawline and sculpted hair complete with his signature kiss curl.

The Superman Sixth Scale Figure has an articulated body, perfect for capturing your favorite Kryptonian action poses. Kal-El has sculpted red boots with articulated ankle joints as well as three pairs of hands including fists, flight hands, and posed gesture hands. Detailed accessories direct from the Fortress of Solitude, including the bottle city of Kandor, a Starro parasite for the figure’s portrait, and a box containing green Kryptonite, let you display the Man of Steel in a number of unique and dynamic ways.