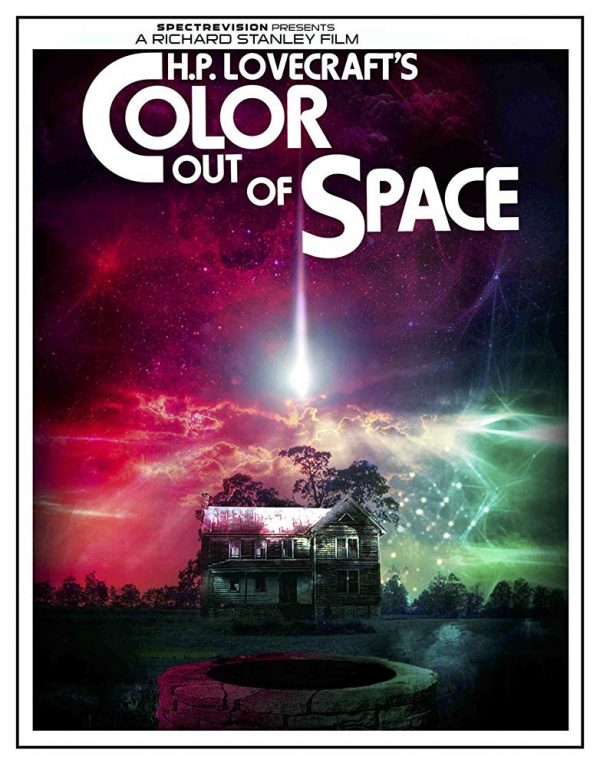 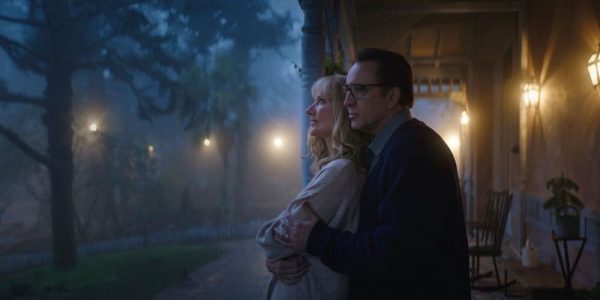 The trio of Nicolas Cage, H.P. Lovecraft and cult filmmaker Richard Stanley (Hardware, Dust Devil) make for compelling bedfellows in this unexpectedly hilarious sci-fi horror, which with an atmosphere so thick it could choke most audience members re-affirms Stanley as a majorly worthwhile talent.

In the hope of seeking out a quieter life, Nathan Gardner (Nicolas Cage) moves with his wife Theresa (Joely Richardson) and their children to his family farm in New England. Soon enough, their seemingly tranquil fresh start is upended by a meteor which crashes in their garden, unleashing a compelling alien force upon those who come into contact with it.

The works of Lovecraft have proven infamously tough to adapt to the screen over the years, so drafting Stanley in for the gig as writer-director was certainly a brave – if inspired – choice. The film opens with dialogue flowery enough to seem relatively impenetrable on a first viewing, especially to those not au fait with Lovecraft, yet Stanley’s focus is thankfully on shaping a palpable mood. 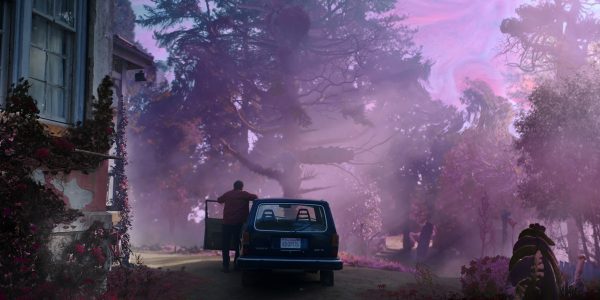 Surely the big surprise right out of the gate, then, is that this film manages to be disquieting and eerie without getting somber or especially portentous; Stanley infuses almost the entire movie with a wry humour, and later, straight-up black comedy elements. Color Out of Space might even prove funnier than it is suspenseful, ultimately, and this sense of perverse joy vibes well with the rich atmospherics, not to mention the progressive slow-crawl of horrors both bodily and cosmic.

Despite costing just an estimated $6 million, there’s an impressive visual package to behold here; Steve Annis’ cinematography is wonderfully precise in all of its neon-pink hypnotism, abetted by Brett W. Bachman’s punchy editing. Visual effects are meanwhile surprisingly well-executed in their sparingness, while often cross-bed with practical FX which are skin-crawlingly visceral despite (or perhaps because of) their simplicity. Arguably even better than all the stately visuals, however, is the thunderous musical score from Hereditary‘s Colin Stetson.

Beyond Lovecraft, for many the appeal of this movie will obviously be the presence of Nicolas Cage, yet those expecting another coke-huffing, ass-kicking turn (ala Mandy) will probably be left a little wanting. The prime rib freakouts are certainly there, yet Cage starts off a totally straight-edged character with mild eccentricities at best. One of the first things his Nathan says is, “Everyone loves ducks”, and a few moments later an entire scene is devoted to him milking one of his prized alpacas. In fact, take a drink every time Cage says the word “alpaca” in this movie. Good luck.

As is often a money-saving tactic, Cage’s screen time is suspiciously limited in places, though every moment he is in the mix – around half the movie – proves intensely captivating. His early dry humour eventually gives way to more typical Cage insanity as the sci-fi element takes hold, leading to peculiar intonation changes and a barmy freakout in a car that’s sure to join the constantly-updated “Nic Cage Losing His Shit” YouTube montages. The actor even gets to make an hysterically meta joke about his own famously mental hairline. 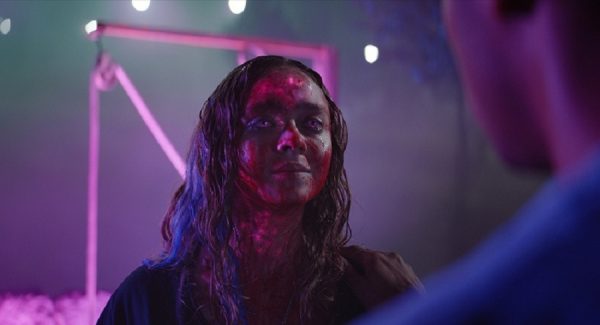 Joely Richardson also does well to keep up with him, even if her role is very different. She has to carry a lot of the gruelling weight in the latter half of the movie, and it’s great seeing her commit so hard to the physicality. Madeleine Arthur is meanwhile entertainingly sardonic as the couple’s teenage daughter Lavinia, often proving the only character to whom logic actually appears to penetrate. The entire chemistry between the family is strong – far stronger than it need be to make the movie work, in fact.

Despite the shockingly funny script and game performances, there are issues worth discussing, largely tied to the pic’s length and pacing. The middle-section of the film is unmistakably flabby, mostly in scenes where Cage is off-screen and we’re forced through a repetitive cycle of Spooky Shit happening to the other members of his family unit. There’s also some excessive exposition-dumping in the early going, and a few idiotic third act character moments which would irritate if they weren’t so easily justified by the influence of the alien biomass.

Accepting these flaws, this film is the result of a clear – though not always concise – vision from its director, who of course benefits from working with such evocative source material. Color Out of Space bleeds pure, neon-drenched moodiness and boasts an unpredictable, hilarious performance from Nicolas Cage in the bargain. Just please don’t go so long between films next time, Rich.