After a successful release on PC, The Arcade Crew and developer Hibernian Workshop have announced that they will be releasing their hauntingly good action RPG, Dark Devotion, on PlayStation 4 and Nintendo Switch on 24th October.  Along with the announcement the developers have revealed a new gameplay trailer showcasing the detailed world that players will be able to explore. 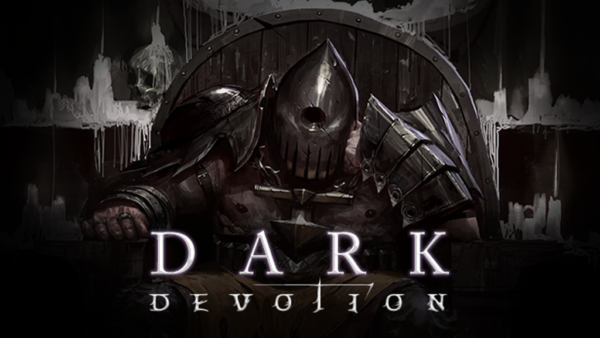 Dark Devotion is a side scrolling RPG adventure that takes players through a dark and crumbling temple swarming with hordes of dangerous enemies all trying to gain the favour of the same insatiable God that players are seeking.  Adventurers will need a keen eye to spot the numerous traps, find hidden loot and prepare for ambushes by the enemy.

Players will have access to more than 250 weapons, armour, spells and relics which can be found scattered throughout the labyrinth of corridors that will enhance their character’s attributes and statistics, there are also lots of curses and blessings to help make defeating the game’s 18 distinctly deadly bosses easier.

“Being able to introduce Dark Devotion to RPG fans across both PC and soon consoles has been nothing short of a dream come true for us,” said Louis Denizet, head programmer and CEO at Hibernian Workshop. “We’re so grateful to our passionate community for sticking by us through development and embracing our debut effort so warmly, and we’re eager to see how the new console players fare on their journey to prove their faith.”

Look out for Dark Devotion coming to PS4 and Nintendo Switch later this month.