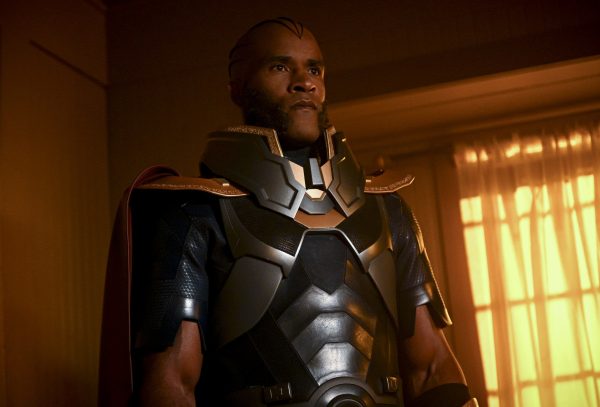 Earth-2 is no more. I did not actually pick up on that tidbit last week (so apologies) but it’s a major, major event that’s happened in the Arrowverse. The Flash did a whole season on characters from Earth-2. And it’s the impetus for much of Laurel Lance’s plot here in, maybe, one of that character’s best episodes. I know Katie Cassidy has gotten some bad feedback (from me as well, in certain seasons) and it’s almost impossible to convey how you mourn the loss of your entire world, but she did some good work here tonight.

So, it’s the final season of Arrow – we have our plot in place. Oliver has to travel all over the multiverse to complete missions for the Monitor in hopes of quelling the upcoming Crisis. Tonight’s mission finds Oliver back in Hong Kong to grab a Dr. Wong for the Monitor. They have a bit of a tiff regarding Oliver not good at following orders (as John says you’d think a cosmic being would have known that wasn’t Oliver’s wheelhouse). From there, in all honesty, this is just a regular old hour of Arrow. There’s a near miss grabbing Dr. Wong, Ollie & Diggle get into multiple fights with thugs all over town, Katana comes to help in a great scene and there’s a fortified warehouse to sneak into and fight waves and waves of guys. I guess in my head, I expected more nuance, more over-arching plot from the final 10 episodes of Arrow. There’s very little here that would fit into that category. 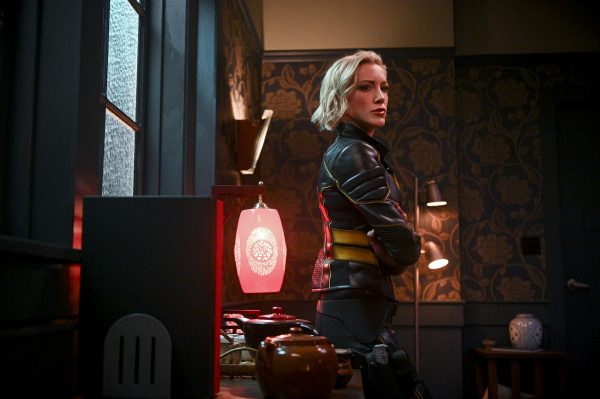 There is some good callbacks in this episode though. Oliver and Tatsu (Katana) have a good chemistry on screen as two warriors who keep fighting the fight, even if their families are lost to them. A lesson she imparts on him sticks with him here: to make sure this mission is worth the sacrifice, despite a cosmic being telling you what to do. China White shows up as well, when Oliver discovers the re-emergence of the Alpha-Omega virus (which was around in season 3, I believe). Oliver recalls their history together as her and Katana have a pretty good fight scene, that was well shot, on this barge.

There’s a great speech by Oliver when talking to Katana about how he has to believe this mission is correct because he’s sacrificed everything he has just to do it, so it’s not the time to question it. That’s pure Oliver logic. Diggle is also there and I’m glad, even if it doesn’t feel right. He joins in by always saying the most obvious things in the room. And then there’s Lyla. She shows up out of nowhere, helps Laurel get right, drops a cute line on John and then, we see her talking to the Monitor where it appears she’s in league with him. If you’ve actually read Crisis on Infinite Earths, then this will not be a surprise to you. If you haven’t, this was a great twist. 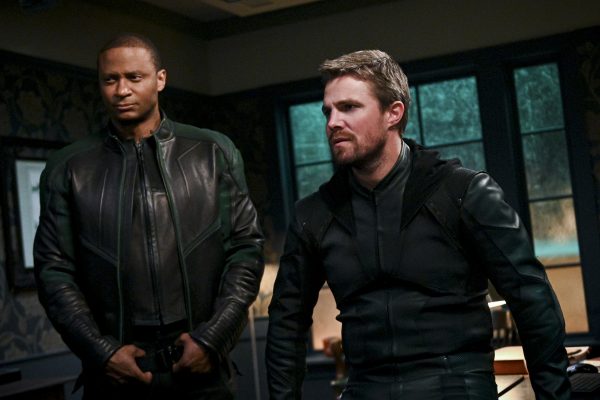 6/10– This was a very rote episode of Arrow– we’ve seen many like it and while mechanically it’s fine, I was expecting more.