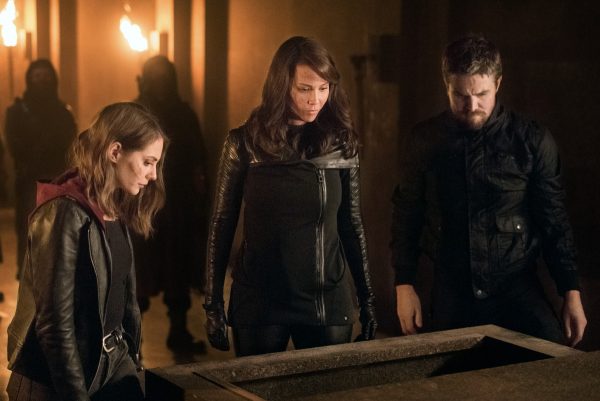 Ok, I’m not going to bury the lead: We’re in Nanda Parbat and thank Ra’s al Ghul’s boring dialogue, Thea is back! Probably just for this episode but we’ll take it! As Oliver heads back to the Assassin’s homeland, his sister is also there, looking for revenge on the head of the Thanatos Guild and she’s got a bitchin’ scar to show for it. Oliver is happy to see her but it’s one more person he has to explain what just in the hell he’s doing right now.

Most of our main plotline is a loose “scavenger hunt” as Oliver referred to it, that, honestly, I was only loosely paying attention to because I knew it really had little to do with the meat of the show and just a means to push these characters on a path. Talia also returns and acknowledges she owes Oliver a favor for saving her hide in prison…only to betray him several scenes later. The quest itself proved fruitless, as Oliver merely wanted info on the Monitor, only to be dragged into another power wrestling match for control of the League (which is pretty much dead at this point?). The only thing of note we found out was the Monitor is actually the cause of the Crisis and we saw what I can only believe was a sketch of what the Anti-Monitor will look like in the Arrowverse. It’s like a White Walker version of the Monitor. Cool look. 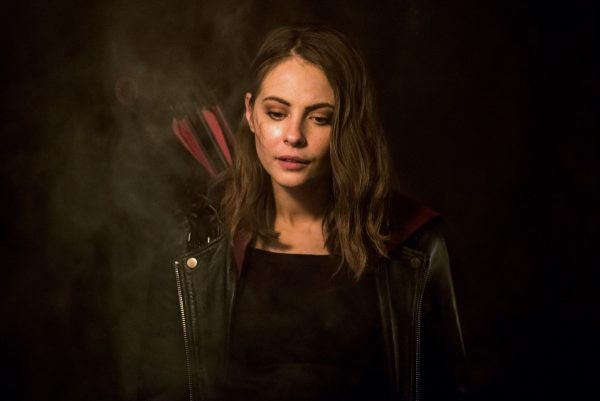 Thea is always Oliver’s hold to the real world, even though now she’s been through some crazy shit. And their chemistry is just so good as brother and sister and to hear him say “Speedy” again, just like in the Pilot was a great callback. The action scenes were very okay and Thea’s duel with Talia at the end (which was intercut with Oliver basically killing Athena, Thea’s enemy) which was odd, showed just where she’s headed in life: to finally turn the League into a band of heroes. In our other plot line, Diggle and Lyla work together to find the son of Ben Turner who’s been kidnapped- they do, and it’s not really that hard as they infiltrate a dinner party at a rich terrorist’s house. Didn’t this scene happen last year? The Diggle’s spy adventures was a highlight of last season but this one felt like going through the motions, if only just to have Diggle interact with a young Connor Hawke and Lyla give him the sly look when they spoke about the future because as we know- she’s deep in it’s trajectory, paling around with the Monitor.

And finally, our future storyline, which maybe got about 8% of the screen time tonight, featured a major death in a scene that was so forecasted, it wasn’t even that shocking. What was shocking was when Oliver and the future Team Arrow were all brought back to current day in 2019- I had assumed he would be transported to the future to help them but that is not the case. This is an episode you knew was coming- it worked so well on The Flash, so let’s do it on Arrow! 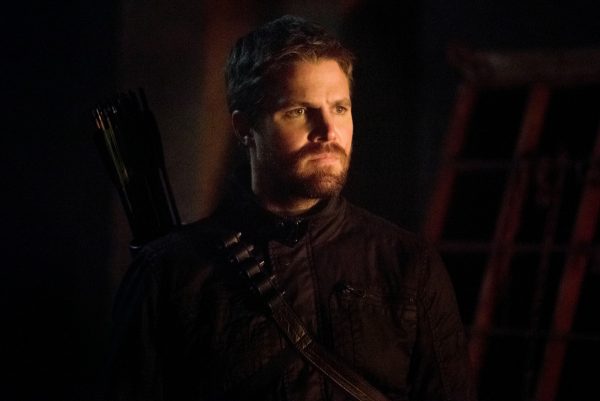 7/10– Thea has long been a bright shining light on Arrow so it was a joy to have her back- other than that, even a somewhat major character’s death doesn’t crack the wall of being new, exciting or even different.