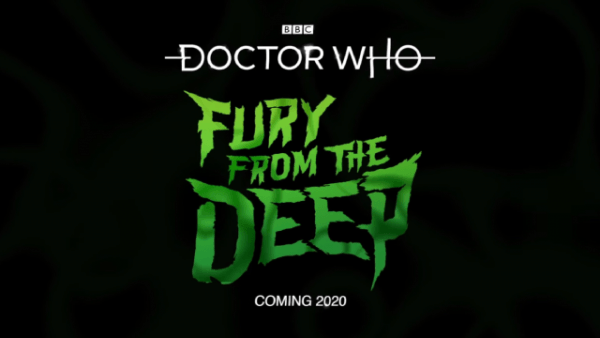 As part of its efforts to complete the full catalogue of the Doctor’s adventures, the BBC has announced the upcoming release of Doctor Who: Fury From the Deep, an animated recreation of the lost Second Doctor serial from 1968.

Starring Patrick Troughton as the Doctor, Frazer Hines as Jamie McCrimmon and Deborah Watling as Victoria Waterfield, the story concerns a colony of sentient, parasitic seaweed, last seen in the eighteenth century, returning to attack a number of gas instillations in the North Sea in an attempt to take over humanity.

Originally broadcast in six parts between March and April 1968, only snippets of footage and still images from Fury From the Deep exist in the BBC archives. However, off-air recordings of the soundtrack do exist, and has enabled an animated recreation of the full serial, which is being produced in high definition, both in full colour and in original black and white.

Doctor Who: Fury From the Deep will be released on Blu-ray and DVD in 2020.

Via Doctor Who TV