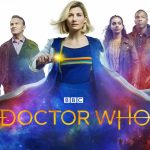 The BBC has released a promo for for the sixth episode of Doctor Who series 12, entitled ‘Praxeus’, and we have it for you here… SEE ALSO: Jodie Whittaker confirms that she’ll be back for another series of Doctor Who SEE ALSO: Doctor Who midseries trailer teases what’s still to come in series 12 What connects […] 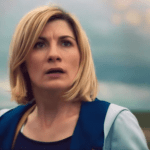 As her second batch of adventures continue on BBC One, actress Jodie Whittaker has confirmed that she’ll be back for at least one more season as the Doctor in the long-running British sci-fi series Doctor Who. “Yes, I’m doing another season,” confirmed Whittaker when asked by Entertainment Weekly if she’ll be back for a third […] 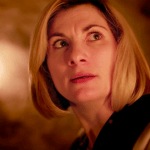 The BBC has released a mid-series trailer for the twelfth series of the sci-fi drama Doctor Who which gives us a look at what’s ahead for the Jodie Whittaker’s Thirteenth Doctor and her companions over the coming weeks; watch it here… SEE ALSO: Promo for Doctor Who Series 12 Episode 5 – ‘Fugitive of the […] 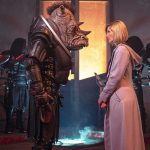 The BBC has released a promo for the fifth episode of Doctor Who series 12, entitled ‘Fugitive of the Judoon’ watch it here… Trigger-happy space police the Judoon are targeting 21st-century Gloucester, so the Doctor, Yaz, Ryan and Graham race back to Earth in order to prevent them doing too much damage to the cathedral […]

BBC has released a promo for this coming Sunday’s fourth episode of Doctor Who series 12, entitled ‘Nikola Tesla’s Night of Terror’; watch it here… It is 1903 and on the edge of Niagara Falls, something is wrong at Nikola Tesla’s generator plant, where someone – or something – is sabotaging the maverick inventor’s work. […] 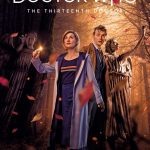 Rob Lake reviews Doctor Who: The Thirteenth Doctor Year 2 #1… With Doctor Who now kicking off its twelfth season with the two part episode ‘Spyfall, the good folks over at Titan Comics have given us another adventure to sink into this new year. The creative team of Jody Houser and Roberta Ingranata bring us […]

A promo has been released for the third episode of Doctor Who series 12, entitled ‘Orphan 55’ which features a guest appearance from The Inbetweeners‘ James Buckley; watch it here… Having decided that everyone could do with a holiday, the Doctor takes Graham, Yasmin, Ryan to a luxury resort for a spot of rest and […] 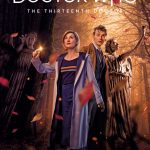 Following on from tonight’s opener, the BBC has released a promo has been released for Sunday’s concluding part of the Doctor Who series 12 premiere, ‘Spyfall: Part Two’; watch it here… In part two of this epic spy thriller, a terrifying plan to destroy humanity is about to reach fruition. Can the Doctor and her […] 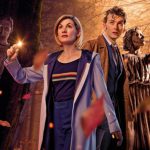 Last month it was announced that Titan Comics will launch Doctor Who: The Thirteenth Doctor Year 2 with a huge team-up between the Thirteenth and Tenth Doctors as they join forces to prevent Earth from becoming a battleground between the Autons and the Weeping Angels, and now we’ve got a trailer for the big event […]